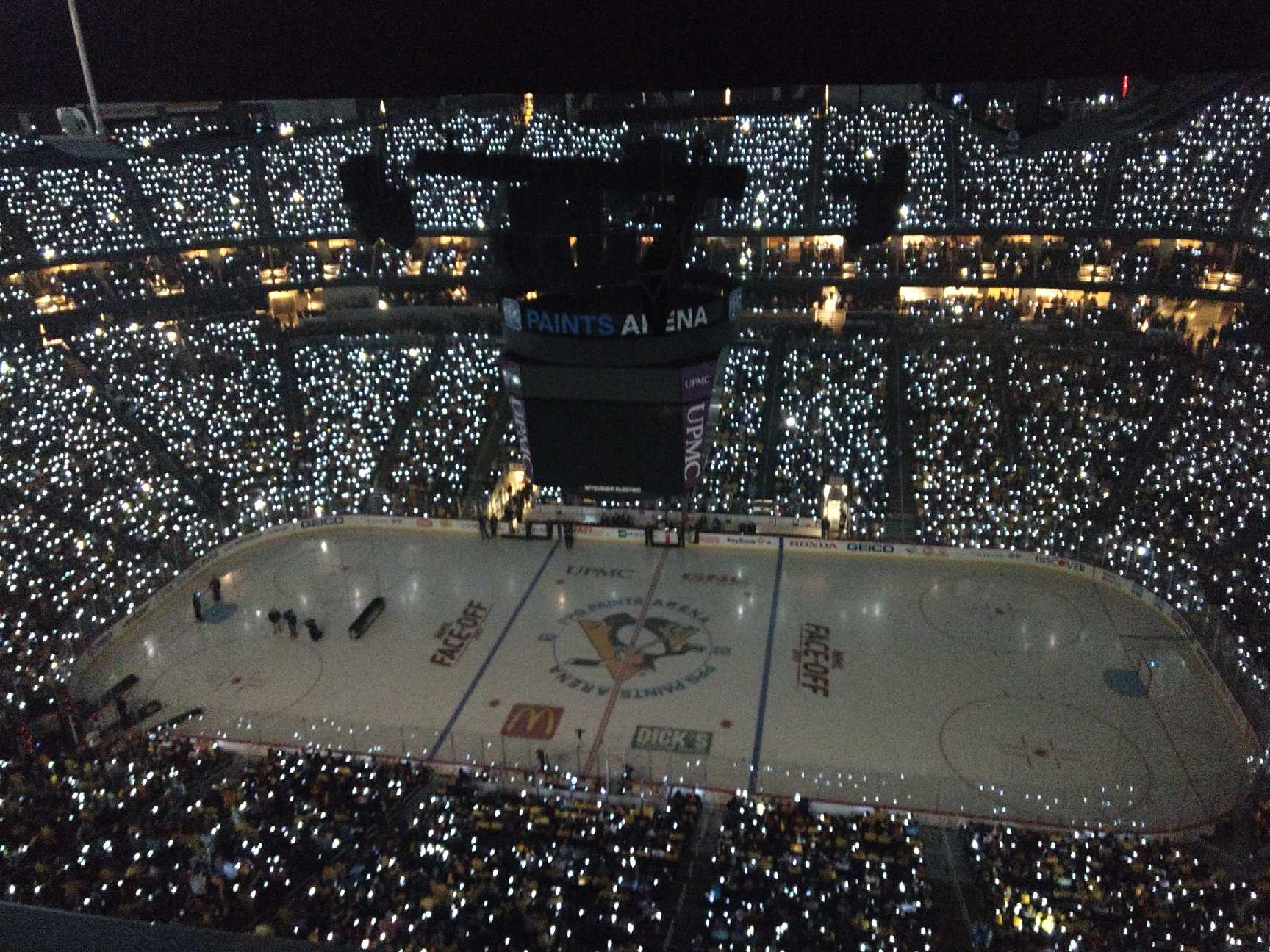 There were lights. So many twinkling, multicolored lights, as every one of the 18,652 fans in attendance became part of the pregame show via light-up bracelets.

There was a moment for reflection, with a video recapping key moments as the Penguins became the first team in nearly 20 years to repeat as Stanley Cup champions. The fans reserved some of their loudest cheers for moments featuring goalie Marc-Andre Fleury, who handed off the Cup – and his franchise netminder role – to Matt Murray before heading to Vegas in this summer’s expansion draft.

And, of course, there was ceremony and celebration.

Captain Sidney Crosby skated the Stanley Cup onto the PPG Paints Arena ice, then his teammates gathered around it and watched as their fifth championship banner ascended to the rafters.

The St. Louis Blues, their first regular-season opponent, awaited. And this group is not content to rest on the accomplishments of the last two years, believing there’s still more they can achieve. The T-shirts they distributed to fans at the home opener alluded to that, with the slogan, “Driven for More.”

The Penguins started this season with a reminder of last year’s trademark resilience, where no opponent’s lead was safe and no challenge was insurmountable. Almost.

After falling into a 4-2 hole, Crosby and winger Conor Sheary scored 54 seconds apart to tie the game late in the third period and send it to overtime. This time, though, the Penguins couldn’t quite find a way to put the game away.

With a toe drag around defenseman Justin Schultz, who had opened the Penguins’ scoring, Blues D Alex Pietrangelo bounced the puck past Murray for his second goal of the night. The Blues took the 5-4 win and spoiled the Penguins’ party.

When the Penguins did some reflecting on the night, though, they realized they might have spoiled it for themselves.

“We had a good start. The first 10 minutes, I thought we had good pace, and they get that second goal and it kind of faded a bit,” Crosby said. “We showed good character coming back late, [but] I think we’d rather not put ourselves in that position.”

The team’s energy and work ethic weren’t the problem, said head coach Mike Sullivan. He said his club just didn’t execute on the details, like being aware away from the puck so they didn’t end up out of position.

“I think we played hard; I don’t think we always played smart,” he said. “I think we gave up three goals off the rush, where we had numbers back and we’re still giving up quality scoring chances. We’re not recognizing the threats away from the puck sometimes.

“Those are the details we’ve got to get better at if we’re going to win games consistently.”

“We over-backchecked twice and let the guy walk in the slot with a screen,” Letang said. “Every time they had a chance to make a play, they capitalized on it.

“I think it’s just little details. We have to stop earlier; we don’t have to glide. Stuff like that. It’s something that we can correct. We’ll watch the film and we’ll see what we did wrong.”

It’s not quite the start the Penguins wanted, but they won’t have to dwell on it for long. They’re right back on the ice in Chicago tomorrow, then host their Stanley Cup Final opponent, the Nashville Predators, on Saturday.

“We’ve got to improve,” Crosby said. “But what we did to get that point was important. We’ve got to build off of that now.”