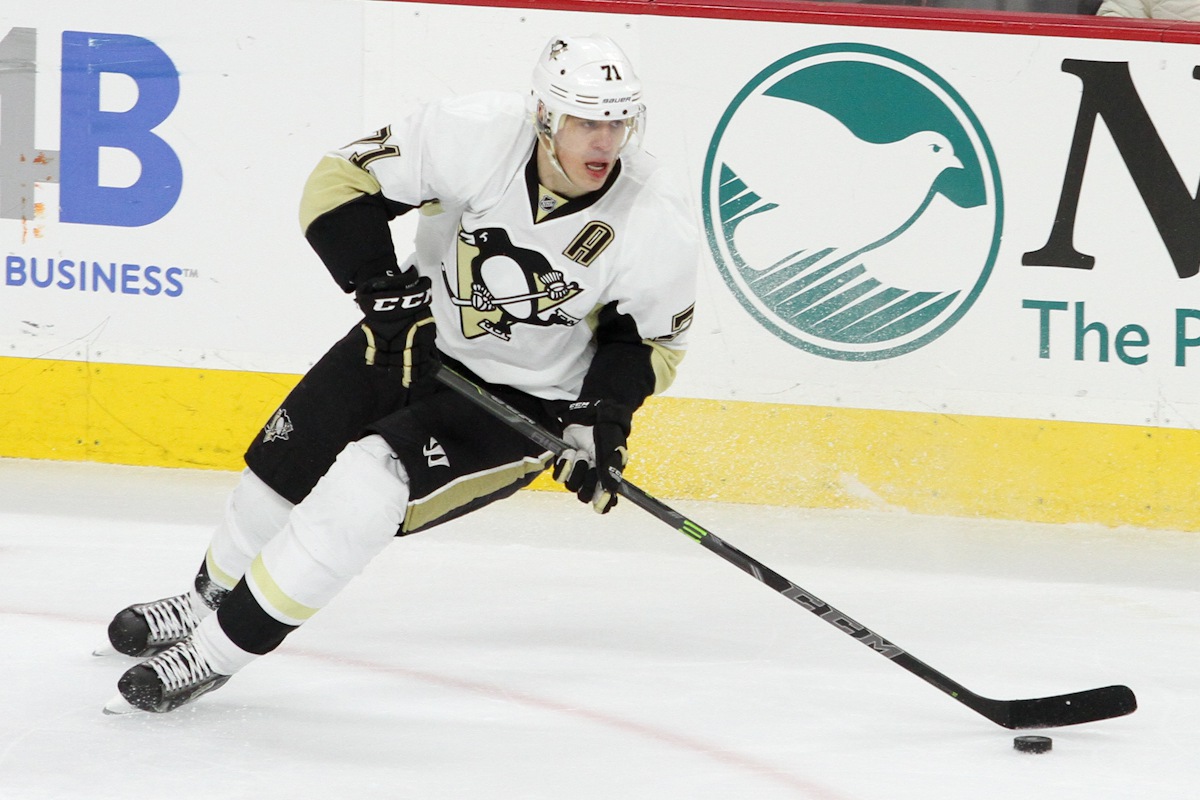 Blame It on Period Two

Pittsburgh was just better for a couple of periods. That’s the story from Anaheim. And they didn’t rely on the guys you’d usually think to get it done. Instead, Patrick Hornqvist scored a pair of goals after Blake Comeau got the first one. That was all they’d need to win, as the Ducks’ eventual total was just two. Pittsburgh did add a couple more, from the big boys. But at least one was meaningless—the final in a 5-2 score, tossed into an empty net by Crosby.

The problems for Anaheim? Three things.

First, the Ducks have just not been good in the second period this year. There’s no particular explanation for this, though a couple of guys did try to put a finger on it. Youngster Emerson Etem, who sticks pretty closely to the cliché protocol that most early career players follow, said, “If we come up with a better sixty [minutes], we can come up with a better outcome. Obviously, they’ve got a skilled team over there.” He also cited the depth of the Penguins as a factor.

“The last ten of the third period, there was more energy [from the Ducks]. We’ve talked about [the weak second periods] for sure. It’s something we’ve got to work on, watch video from the firsts and thirds to figure out how it’s different in the second. It’s definitely something we’ll talk about more.” He added, “When we’re getting too cute, not getting to the red line and getting pucks in deep . . . but late in the third, we were finishing our checks, and that creates chances.”

And Corey Perry took a crack too. His answer was a little more inventive. “It’s tough. You’ve got to get up for every game. But we kept them in front of us a lot. I thought for the most part, we took away time and space. The second is not our best period in the season, but we’ll try to figure that out, especially here at home. We really don’t have any answers for it. We’ve just got to do the right thing.”

Bruce Boudreau was also asked about P2, and he responded with a sensible enough answer just slightly short of his usual cheery-yet-edgy demeanor. “Nothing changed, except that it was in our end. I still thought we played fairly good. But that third [goal] hurt. But what are you going to do? We were down 3-0 after two, and they’re a tough team to come back on.”

Second, the power play is just not doing well. The Ducks both gave and received chances on this on the night, having three chances with the extra man while giving up four. They managed just four shots, didn’t score a goal, and in many cases, were simply frustrated with the puck. The Pens didn’t get one either, with the man advantage, but they had just two shots on these chances.

For instance, in the first period, Frederik Andersen made a laughable play where he shot the puck at the side boards and watched as it bounced straight back and almost into the net. He saved his own shot, and then saw his team finally get it together with the extra man, with the best chance being from Perry to Kessler from behind the net, a shot that was saved and one of two with the on that power play.

Third, their goalie just let them down. Two of the four goals, if not three, were soft. The coach was on the verge of throwing the goalie under the bus when he started talking about the game, but he veered to safer territory quickly. He was about to assess Andersen’s play when he said, “I mean, you know, we win as a team and we lose as a team. If the defense has a bad game, we don’t look at that, or, we aren’t here talking about it. Sometimes the goalie lets in one that he’s like to have back, but I mean, that’s uh, the amount of times that the goalie has kept us in the game, there’s just no way that we’re talking about whether they let a soft one in.”

A couple of the goals went in off the glove of Andersen, something he admitted after the game. “I think a couple of them were stoppable today, but sometimes the puck bounces off the glove and goes in the net.” He said that he thought he had the first puck that got by him, “but then it bounced off my glove and, that’s uh, pretty much what happened. Gotta be better.”

When asked whether there was a remedy, he added: “It took the energy off us coming off that first goal, and they had odd man rushes. They kept coming at us the rest of the game.” He said to recover, “You’ve got to refocus and be better next time. I think that’s something I’ve always been pretty good at, every time a tough game, you want to bounce back. You sure don’t want to get too down on yourself.”

The Ducks did come on in the third period, scoring their two goals within four minutes of each other roughly midway through the frame, but their pressure in the last half of the period yielded no more.

The coach was, early and late, adjusting the lines from what they’ve typically been over the past weeks and months. There were two major changes: Cogliano was moved off the Kessler-Silfverberg line in favor of Fleischmann, who got the team’s first goal. And Sekac was on the fourth line, which is where he ought to have been since he was traded for the player he replaced, Devante Smith-Pelly, now with Montreal.

So what became of Ironman Cogliano? He was on a line with Maroon and Thompson, and while that might sound like he was banished to hockey hades, in fact, he buzzed all over the ice all night long, and made a lot happen. The line was not involved in the scoring, and in fact, they recorded no shots, but my notebook has their names all over it. On one early shift, Cogliano moved all the way across the ice from right wing to the left side twice, cutting and diving in search of the puck. In period two, they also possessed it effectively.

So visible were they that it’s surprising to note that their minutes hovered around the twelve-minute line. They did record nine of the team’s hits, which totaled to 35 on the evening.

The other newcomer was on defense, Simon Despres. He was good, recording sixteen-plus minutes, a couple of shots, and a bunch of hits. But he also had his weak moments, twice at least forcing his D partner, Cam Fowler, to take the puck on short passes that weren’t moving up the ice but laterally or backwards under pressure. He’ll have to get better, and there’s pressure coming from within: James Wisniewski is on the mend and with the team (I saw him in the locker room after the game). He’ll be back within the week, it is said. Sami Vatanen is also healing up and planning to play sooner rather than later.

My new book, Facing Wayne Gretzky, is reviewed in this week’s The Hockey News. Please read and enjoy.