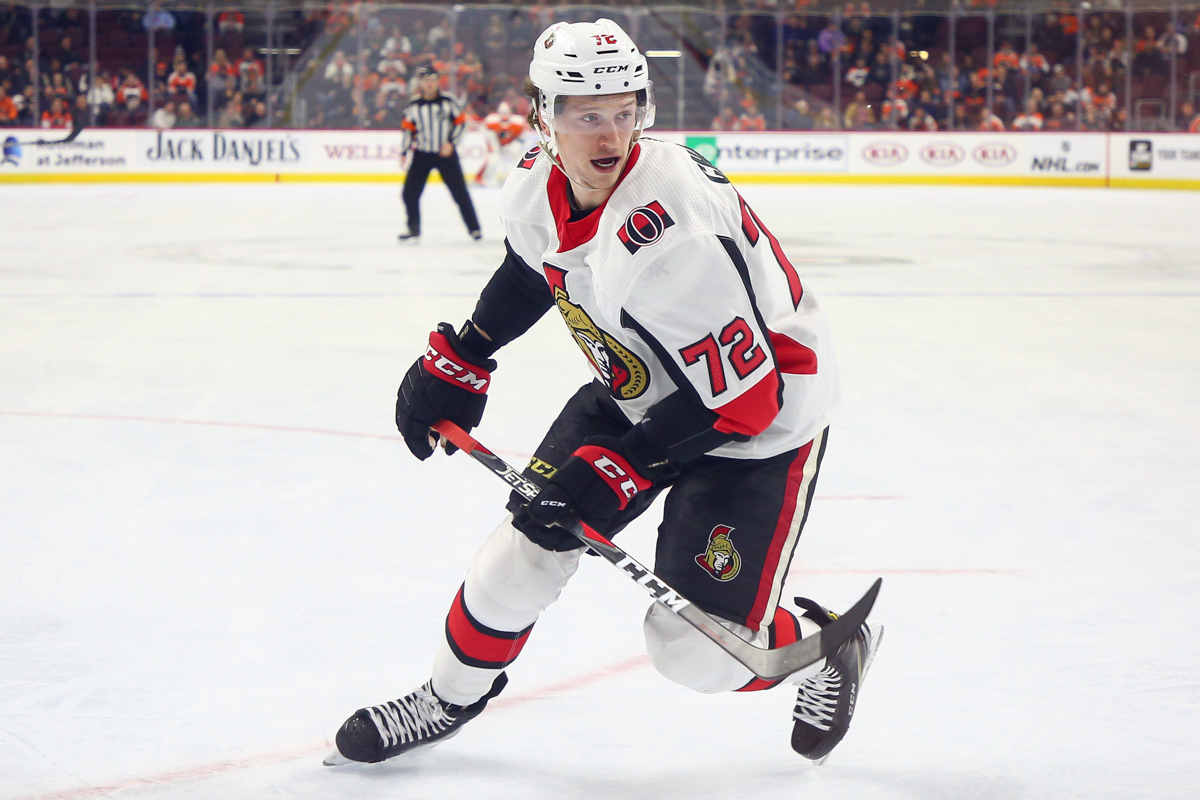 I’ve spent  lot of Black Fridays in the Anaheim Ducks’  barn watching hockey. They were  all good Fridays, as far as I was concerned. This year, I’m still sitting out due to Covid  concerns, but with  me or without me, the  Ducks rocked the Senators, ending up winning by a 4-0 score.

This put Anaheim at 9-7-4 on home-played Black Friday games, with eight different goalies getting wins in that span. The first of these Friday-after-American-Thanksgiving affairs came in 1993, when  the  Ducks lost to the  Sharks. Ten times, their opponent on this matinee  hockey day has been Chicago. All the other games featured  new teams except two, when  Winnipeg was the foe. And to bring it back to now, John Gibson started the last five.

In truth this year, that score was all of it—Anaheim dominated most of the game, except for a brief run in the second period. During that Ottawa surge, Ducks’ goalie Anthony Stolarz was outstanding, making saves with body and pads. There was an early turnover to Zach Sanford, for example, that Stolarz stopped  by being outside the top  of  the crease. The  puck was absorbed  in his mid-section.

Just after that, the Senators went on a power play, and Connor Brown clipped a puck upwards that was saved. On the same PP, Tyler Ennis took a wrister from inside the point with a forward skating past to screen. Stolarz nabbed it. The sequence ended with another key chance: Chris Tierney got a puck right out front—shot—leg save. He took another shot and hit the post.

Stolarz had been on the bench backing up most of November, not having started since the 5th, so it was an energizing and ready performance he gave in stopping 34 shots for his fourth career shutout.

After, he commented:  “It wasn’t just a testament to me. It was a testament to the guys out there. They were battling hard, blocking shots. The couple breakdowns that we did have, it was up to me to kind of make a big save. I left a couple rebounds out there and guys did a great job. The penalty kill was fantastic. They were kind of eating pucks, kind of not letting them get set up in the zone. Overall, I thought it was a great game by the team.”

Two Ducks had two-point games: Zegras with two assists and Rickard Rakell with a goal and an assist. The line of Rakell-Milano-Zegras was by far the most visible on the  night. The pairing of Zegras and Milano has been commented upon before in this space as one that could produce long-term  magic in the  Selanne-Kariya category. Add Rakell  in there, and look out. Go see the video of the Ducks’ final goal for proof. Zegras carries the puck and threads  it to  Rakell beautifully.

Troy Terry left his scoreless ways behind with a power play goal in the second period, late  in the  going (19:17). It wasn’t just  an “I’m back” goal—it was an  “I’m immensely  skilled” goal. He went to the net from the left side of the ice and opened the goalie up with a deke to the backhand and then slid the puck in. What was remarkable was seeing the  play from the reverse angle, goalie-out. The seam Terry found was a little soft area that he had to use a diagonal to skate through. Remarkable.

The game winner was scored by Isac Lundestrom near the end of the first  period, his fourth on the year  so far. The goal scorers in order were Lundestrom, Derek Grant (the first of the year for him), Terry (PPG)  and Rakell (his sixth).

Grant commented on the team after the  game: “Obviously we had a good stretch there where we were playing well and getting results. Then we went on the road and we didn’t play our best and obviously we didn’t get the results we wanted either. I think the focus coming home was get back to what we were doing that made us successful and worry about us and not the opponent. I thought we did a good job of that tonight and obviously we got some key saves from Stolie (Anthony Stolarz) when we had breakdowns and we were able to get the two points.”

The win propelled Anaheim to an 11-7-3 record, which temporarily puts them third  in  the Pacific, up by a point on Vegas, who have a game in hand.

Their coach kept the pedal down in his  post-game comments: “Every game is a must win, like it just is. It’s amazing how it just feels that way, and that’s how we’re trying to go about it, that simple win today. I know people look at hey, the past five games, past 10 games, past three games, whatever it is. I understand streaks and which way you’re going. I still stand by the fact, if you just look after today, all that other stuff kind of looks after itself.”

The  Ducks now take on Toronto on Sunday in a typical, for the Ducks, 5pm start.

Troy Terry leads the team  with thirteen goals and twenty-three points. Zegras has a three-game point streak (four assists). Rakell is  2-2-4 since coming back from injury November 22nd. Milano has nine points in the last ten games (4-5-9).

Brian Kennedy is a member of the Professional Hockey Writers  Association