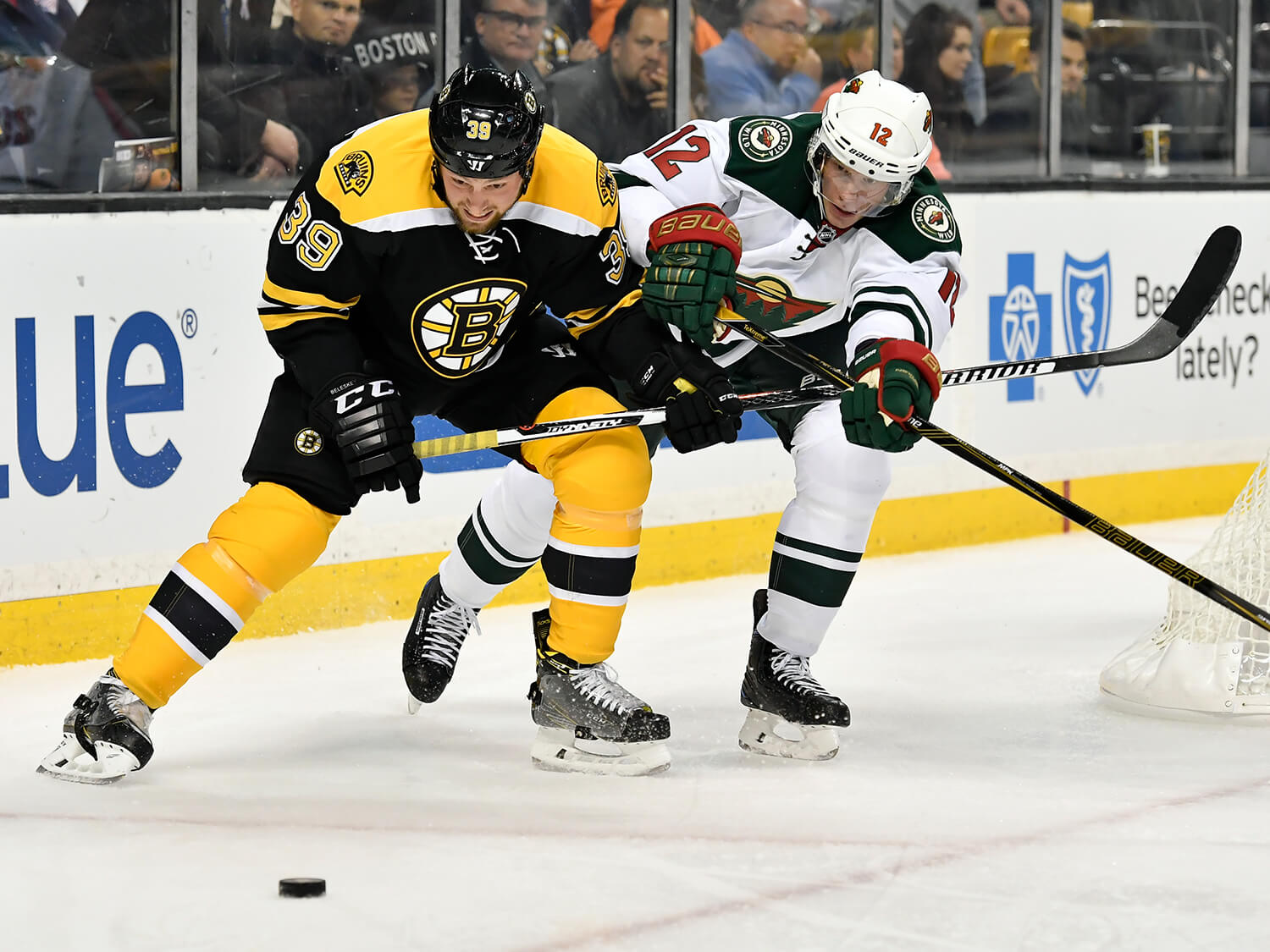 Beleskey on Verge of Finding Groove for Bruins

That has to be the mentality with Boston Bruins winger Matt Beleskey, who found the back of the net for the first time this season on Thursday night against Columbus. Beleskey tallied the team’s second goal of the game, the team’s go-ahead in the first period, and they never looked back en route to their eighth victory.

“When you hit rock bottom, you just have to climb up,” Beleskey said. “That’s what I’ve been doing. Keep it simple, shoot pucks at the net, and tonight it worked.”

The third unit hadn’t scored for 11 contests before Beleskey picked up an assist against the Rangers. Now with three points over the course of the previous three contests, the former Anaheim Duck finally seems to be coming around.

“Matty’s playing better than he did at the beginning,” said head coach Claude Julien. “That’s helped that line. Czarny with his speed and skill, it’s been a good line there. It’s nice to have that balance, no doubt.”

Beleskey was a healthy scratch against the Tampa Bay Lightning last week in favor of rookie forward Sean Kuraly, and since then, his game has improved. The point streak aside, Beleskey has found a new chemistry with his linemates and has been able to create chances with Austin Czarnik and Riley Nash.

“Skating, getting speed in the neutral zone, getting forecheck, when you’re doing that, things start happening for you like they did tonight.” said Beleskey.

“He’s a good little player,” said Beleskey of Czarnik, who also scored his second goal of the season on Thursday night. “A fun guy to be around when he get’s that confidence and players like that. He’s going to help the team. I think me and Czarny played together in camp and pre season and Nasher I’ve played with most of the year. It’s starting to work, but we just have to keep working hard.”

On Saturday night against the New York Rangers, Beleskey answered the call when he tried to fight J.T. Miller and he picked up six hits in one of his better efforts of the season. Since that contest, he’s continued to find ways to stay involved, even if it didn’t mean getting on the scoresheet.

“I think it’s a matter of time when you do the right things,” Beleskey said. “Getting good shots, getting to the net, eventually you’re going to get some bounces. Tonight we made some good plays and got points out of it.”

After being  -7 to open the season, Beleskey’s struggles seem to be behind him. He’s a streaky player, but the benching may have lit the fire he needed to open up his scoring this season.

“You go down, you get scratched, it’s kind of a reset,” said Beleskey. “That’s the only way you can take it, as a reset. You can’t dwell on it so that’s what I tried to do. Think motivation, think positively, and hopefully it starts to turn around.”

That attitude has led to at least some success, and a contribution to a home ice victory that evened their Garden record to 3-3. Now, it’s up to Beleskey and his linemates to continue the trend.

“It was a great feeling to get that first one,” Belsekey said. “It’s one, have to keep rolling. Hopefully it opens up the flood gates. I think it was definitely a good start tonight.”