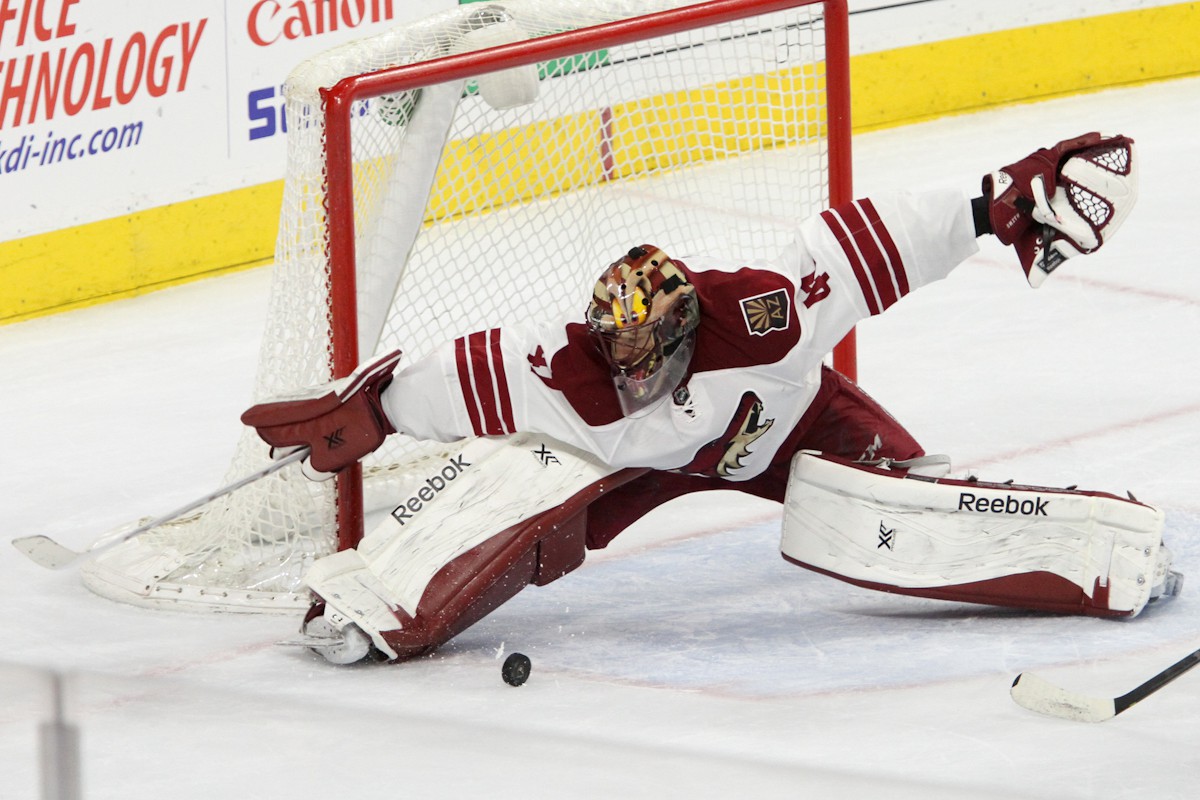 Back To Reality for Coyotes

With the way the Phoenix Coyotes were winning, many fans began to wonder if this team was becoming special. Many of their wins were earned coming from behind, mixed in with an offense that found ways to help out Mike Smith and their defense from collapsing.

About a week ago few critics had given this team the benefit of the doubt saying that this team is for real. Many though are leaning towards this team still will not make the playoffs even with their recent success. Three games later, the critics who said otherwise are looking pretty smart, where now the Coyotes are just a loss or two away from being behind in a very rugged Western Conference.

Only earning one point in their last three games, an overtime loss at home to Colorado, the Coyotes’ magic of coming from behind is slowly starting to run out. A lot did go right against Colorado, outshooting their opponents and managing to carry a 3-2 lead through the third period. But failing to clear the puck on a rebound allowed Cody McLeod knock one in to tie the game. Its defense then vanished in overtime and allowed two power play chances, with Ryan O’ Reilly’s goal in the second chance being the difference maker.

Things became worse against Anaheim. Suffering their first regulation loss at home, Phoenix fell behind early and could not recover. After seeing them twice, their performance against a division rival seemed to diminish each game. Trailing 4-1 through the second period didn’t help their cause.

“We started well, but we needed to get something out of it. We get 4-5 pretty good opportunities and don’t score, then they get one and it’s in the net,” Phoenix head coach Dave Tippett said. “We kept making mistakes and they got further ahead.”

In Nashville, a 3-0 deficit fell on their hands before they finally stepped things up defensively. Goals scored by Mikkel Boedker and Tim Kennedy cut the deficit, but there weren’t many chances going for them in the third.

In all three of their losses, they were able to give Smith a break behind goal. They outshot each team they faced and have seen much more attempts at the net, but now with a lot of teams starting to figure out how loose they seem to play in the beginning, a lot of the deficits that Phoenix faces are now becoming a lot more difficult to achieve. Teams have scored power play goals in nine of the last 11 games, and are one of the bottom teams at killing off penalties ranked 28th. This has been one of their strong points in recent years.

“There are two things we can do that can make our situation better,” Tippett said. “The first is take less penalties. Second, we can make sure that no matter what our penalty kill unit outworks our other lines. If you are down a man, you need to put in that extra work. We have had spurts of it, but in other parts we have laid back and got too comfortable.”

While they have improved offensively in their last three games, the Coyotes have now left the middle of the ice more vulnerable. Widening up their offensive attack has led to easier chances on the other end of the ice, leaving teams to score easy and lead much more quickly.

“We always seem to be starting out rough on the defensive end,” Boedker said. “Every time they score first, we then start to play. That is certainly not what we want to do. We want to be a team that gets going from the get go. We let big leads go early and battle back, but it sometimes is not enough.”

Minnesota sits next on their schedule on the road concluding their short trip away from home. Standings wise they are where they want to be, but a lot can happen if they cannot find ways to fix those niches that have been plaguing them all season. It needs to happen fast as four of their next five games are on the road.

“It seems like we have been playing against top teams all year with our level of play,” Mike Ribeiro said. “I think we are a good team on the road. We just need to step it up more on defense which will allow us to play better as a whole. It will be good for us to go on the road and get our boys together.”