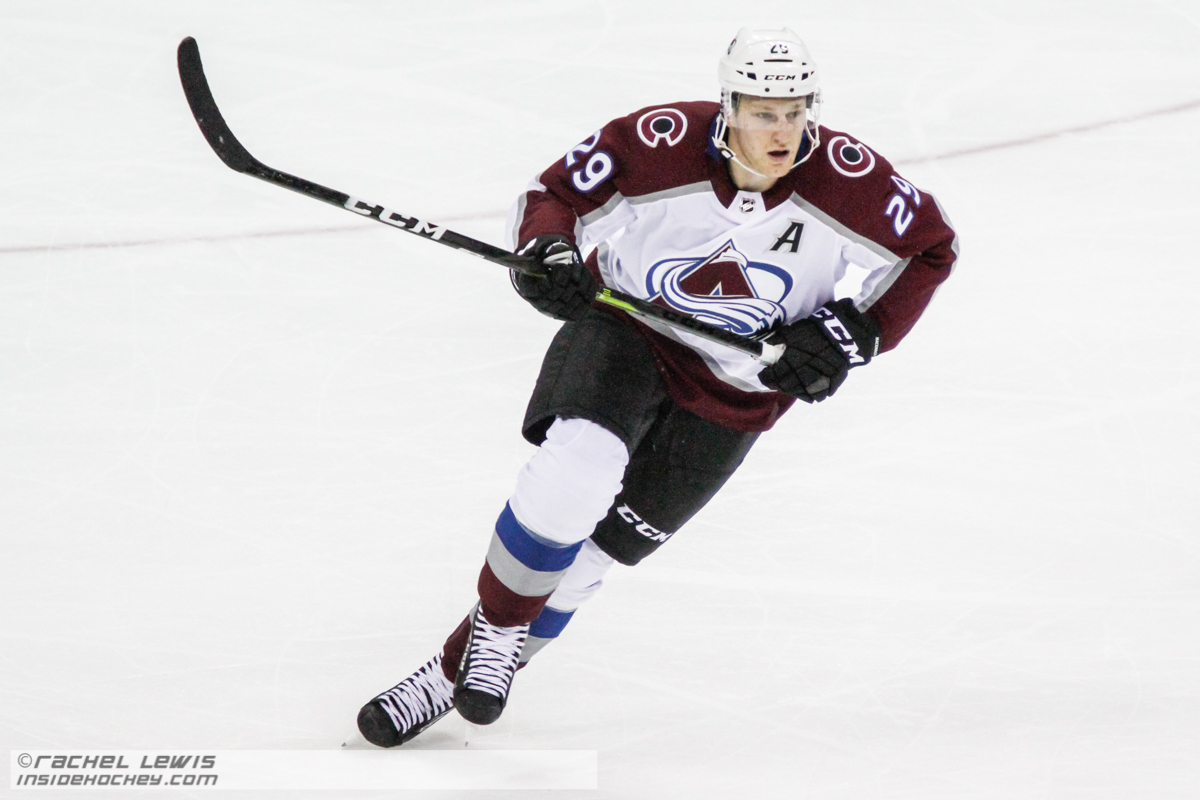 It’s been absent from the bubble vocabulary since it began last month, and while Columbus and Toronto provided an all-or-nothing game five in the qualifiers, the stakes are considerably higher as Friday’s contest in Edmonton will send one of the Avalanche or Stars to the Western Conference Final.

Dallas struck first 17:35 into the opening period–a Miro Heiskanen wrister that beat Colorado netminder, Michael Hutchinson. Hutchinson, who made his second-straight start with Pavel Francouz (unfit to play) unavailable second time in as many games and with Philipp Grubauer (lower body) also out as he is likely done for the balance of the playoffs.

But Nikita Zadorov’s point-shot goal with 31.1 in the period restored the game even and Hutchinson, clinging to the moment in another must-win game, stopped the rest of the Stars’ 15 shots in a low-shooting final 40 minutes–26 combined by the two clubs. Getting through was Cale Makar’s shot following a pick up of a loose puck 7:48 into the second for the go-ahead, followed by a pair of tallies in the third–Mikko Rantanen off a great feed from Nathan MacKinnon 3:21 in and later MacKinnon adding his own on the empty-net to close out the night and push the series to the limit.

“Excited for the challenge,” MacKinnon said on going into a game seven on Friday. “It’s going to be the toughest game to win. I think we’ve created some momentum for our team and we’re learning. I think right now we’re either winning or learning.”

For MacKinnon, the next seventh game he plays will be his third. He’s 0-2 in two prior ones, but will look to change that and move on the Conference Final, a destination that many pundits expected of the club. One thing nobody expected in their wildest dream? A pair of back-to-back wins from Hutchinson, a goaltending castoff from the Maple Leafs, who had played in just one game for the club prior to the pause, but MacKinnon says the belief in him was always there.

“When he from Toronto he played really well for us,” he said. “We had no reason to believe he wouldn’t play well. Obviously, he hasn’t played for awhile, but he was looking great in practice. He was working really hard and (had) a great training camp. Obviously, it’s not easy for him, but the composure that he’s had in the net–he’s a big guy, he takes up a lot of room in there–we’re very thankful that we have three capable goalies and he’s definitely stepped up.”

For Hutchinson, the chance to be “the guy” in the moment is just another example of a player taking advantage of an opportunity.

“It’s interesting the way hockey works out and things change sometimes,” the netminder said. “I think a lot of hockey is being in the right place at the right time and being able to take advantage of certain opportunities that come up.”

The goaltender and winner of back-to-back games for the first time since winning three games from Dec. 21-Jan. 4 as a Maple Leaf, noted his career has had its share of moments where he wondered if he’d get another shot.

“My career’s been a long journey,” he said. “Sent down and called up a bunch of times. So you know, there’s always some moments when you get down that you never think you’re going to be playing another NHL game, but those moments you kind of put them behind and just enjoy playing hockey.”

For whatever potential doubters he faced along that journey, Avs head coach, Jared Bednar didn’t sound like one of them, praising his efforts in a key situation.

“He’s an easy guy to cheer for,” Bednar said. “This guy’s just been doing all the right things since he joined our club. For him to be able to step in and do what he’s done for us the last couple games has been nothing short of amazing and he deserves all the credit because he’s kept himself ready.”

The postseason-saving effort was not without loss as defenseman, Conor Timmins was forced to exit early in the second period after taking a hard, legal hit from Andrew Cogliano along the boards forcing the Avs to go with five defensemen for much of the game’s final 40:00. And just before time expired on the second, Gabriel Landeskog’s leg appeared to catch Makar’s skate blade. Though Landeskog returned to the bench in the third, the forward played just one 16-second shift.

Bednar admitted he did not yet have an update on either players following the win. Makar was asked about the accident.

“I’m not really too sure what cut it,” Makar said. “Obviously, he’s a big loss. We saw him out there at the end. Hopefully, he can get back to 100 percent if he isn’t already.”

For the Stars, who have now lost back-to-back games since holding a 3-1 series lead, the lack of offensive-zone time, particularly from the potent top line, was among the biggest factors as was the team’s unruly play that put Colorado on the power play five times.

“Our execution just hasn’t been there,” part of the first line, Tyler Seguin said. “Obviously a lot of penalties the last few games so you lose some rhythm, but there’s no excuse at this time of the year. We have to find some ways to help our team. We can win games as a line.”

Corey Perry, owner of 130-plus postseason games has seen enough hockey to know the importance of finding a way to be tougher on the Avalanche’s most-lethal lines.

“We know they’re going to get puck possession,” he said. “You can’t stop every single shift, but we can contain them and be on top of them and slow them down a little bit. Tonight we did a little bit of a better job doing that in the neutral zone, but you look at the goals and some of it’s on us too.”

Anton Khudobin stopped 20 shots while suffering the loss coming off a relief effort on Monday in which he replaced Ben Bishop. Head coach, Rick Bowness would not confirm a goaltender or a potential change, but did stick up for Bishop when asked if the netminder was rushed on Monday, when he allowed four goals on 19 shots.

“It wasn’t rushed,” he said. “If you’re trying to make a story out of it, it’s not a story. It’s back-to-back games. Your number 1 goaltender comes to you and says he’s had two good practices, he feels good and it’s back-to-back, you’re not going to say ‘no.’

Friday could offer a pair of seventh games in the Western Conference bubble. If Vancouver can fend off the Golden Knights once more on Thursday, they will have to play a series-deciding game on back-to-back nights. With the possibility, the start times for Friday have yet to be announced.