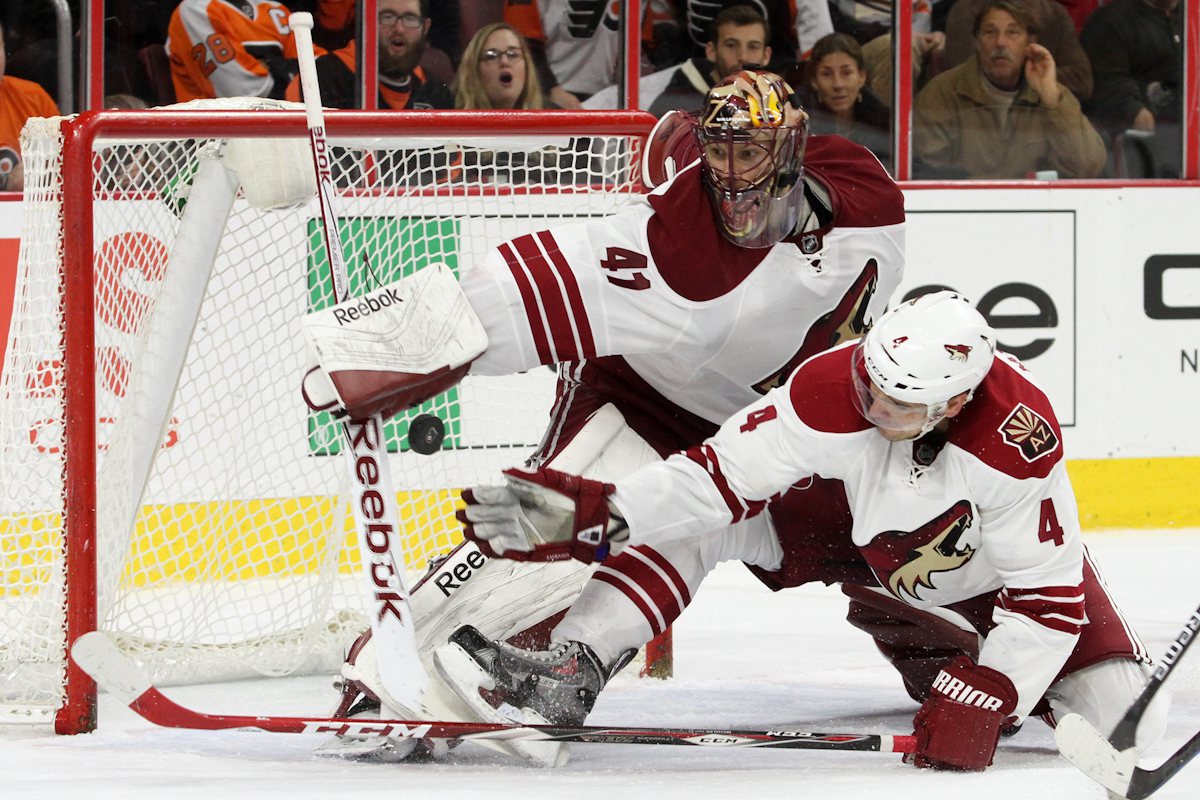 For a team that has found success, sometimes they suffer through a massive hangover. For the Arizona Coyotes, that has lingered on for the past three seasons.

Two of the last three seasons we have seen this team on the outside looking in, falling just a point or two short from making the playoffs. In each of those stretches the offensive production was near nonexistent. That spread into the 2014-2015 season, where a long stretch of losses put them out of its misery in February and forced the team to go on a fire sale.

Dave Tippett is one that loves to work with youth, and he has that opportunity as they look forward to their first game of the year against the Los Angeles Kings on the road. Sure you have a lot of familiar faces joining the roster that will surely keep the team experienced. Shane Doan will return for what people are expecting for him to be his final hurrah in a Coyotes uniform. He will be an unrestricted free agent next season. Mikkel Boedker and Oliver Ekman-Larsson are also expected to take over the front line. The best though has to come from Antoine Vermette, who rejoined the team after hoisting the Stanley Cup in Chicago last year. He was also traded mid-year from Arizona.

But there hasn’t been much buzz with two new additions to the lineup. Max Domi has been in the farm system for Arizona in the last year, and with all the talk about bringing him up last season, the front office decided to hold him off as they didn’t want to rush any chance at failure. Getting his fellow partner Anthony DuClair from the New York Rangers in exchange for long time Coyote Keith Yandle is an important aspect to look at as the team is looking to rebuild from the ground up.

“There’s pressure,” said Duclair after morning practice Tuesday. “We’re coming into a situation where we need to deliver. We are fast tracking to the NHL for young guys. We’re stepping into big roles, and I think we’re ready for that and ready for the challenge.”

The most difficult decision came down to keeping Dylan Strome on the final 23-man roster. He had a strong preseason outing and was one of the only players to light up the lamp in their five preseason games in which the team only managed five goals. Strome could be NHL ready if they are desperate to see a change immediately. But just like Domi, they want to put him through the system before they take any chances.

“When we got into the preseason games with the size and pace of the NHL game, he wasn’t quite there and it just made sense to give him more time,” Maloney said.

And this could be absolutely true as the Coyotes are looking to increase their talent without any rush. Jordan Martinook will look to take the void from missing Strome as he was just as good during their practice runs. The Coyotes need a scorer, and with a more built athlete like Martinook, it would make sense to keep him around a bit longer.

“It’s the perfect example of a guy that puts the work in,” Tippett said.  “He is devoted to try to do things right and has built his game into a role where he can come up and help the team win. He plays the game fast and he thinks the game well.”

While overall the team is looking to improve on all aspects, Mike Smith has a lot to show for in his first few games. The team took a risk by letting go of Devan Dubnyk and sending him to Minnesota. He is now the team’s starting goaltender and won the Bill Masterson Trophy for most improved player. The Coyotes have shelled a lot of money to invest in Smith, and while his preseason numbers are decent, there is still those high talks about him saying he is a much different player from last year.

Arizona is not poised to make much noise, but the youth and some fun talent will surely make this an interesting team to watch going forward.