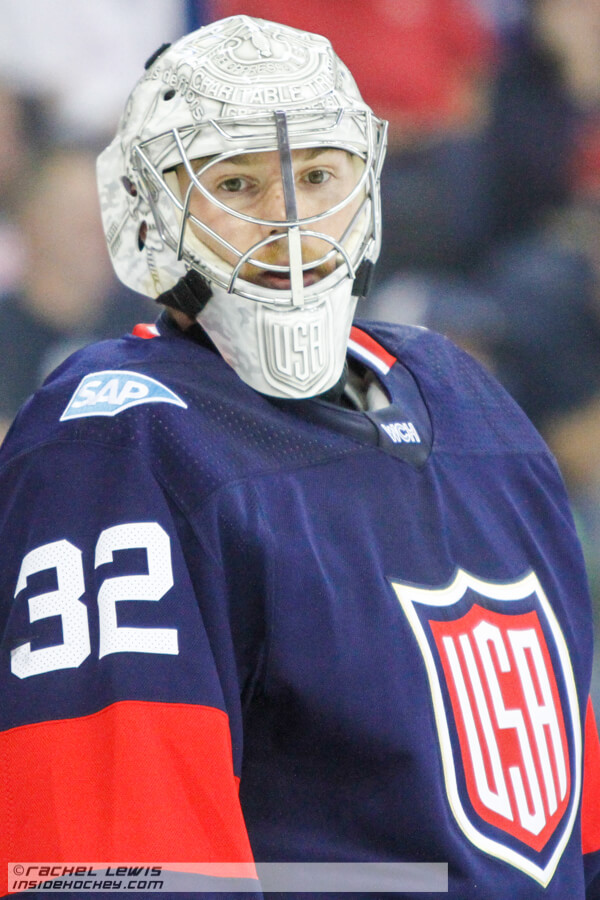 Fittingly, team U.S.A. opened play at the World Cup of Hockey in Toronto with a statement.

That statement though wasn’t one of great encouragement following a 3-0 loss to team Europe in the first game of round robin play. Now, a constructed to defeat team Canada, presumably en route to the cup, has to beat Canada on Tuesday night or they’ll likely be headed for a quick exit in the tournament.

Quick could hardly be blamed though for the loss, which included a goal from his L.A. King teammate Marian Gaborik in the opening minutes of the game. Most costly though was a turnover by reigning NHL MVP Patrick Kane leading to a 2-on-0 chance capitalized  by German-born Leon Draisaitl at 4:02 of the second period to go ahead by a pair. That goal was followed by a disallowed goal, back-to-back U.S. power play opportunities that went for naught and a devastating third Europe goal from Flyers’ Pierre-Edouard Bellmare, to close out the score sheet on a somber opener for the Americans.

The game followed the head-scratching decision to make defenseman Dustin Byfuglien a healthy scratch. Matt Niskanen started in his place, finishing third on the team in ice time.

“We made the decision today this was our best lineup,” U.S.A. head coach John Tortorella told reporters following the loss.

Also scratched for the Americans was Devils’ Kyle Palmieri and goaltender, Cory Schneider.

The Americans briefly cut Europe’s lead in half at 14:10 mark of the second period. A scramble in front of Halak led to a goal, deflected off the helmet of Rangers’ Derek Stepan. Further video review determined Toronto Maple Leafs’ forward, James van Riemsdyk, originally credited with the goal, directed the puck into the net with his body. The called back goal in many ways was a commentary on the night.

Even if the goal had stood, it was hardly the textbook definition for finding offense in a best-on-best tournament. The Americans are sure to recognize this ahead of Tuesday’s meeting with Canada, an opportunity to again make a statement, while salvaging their tournament.