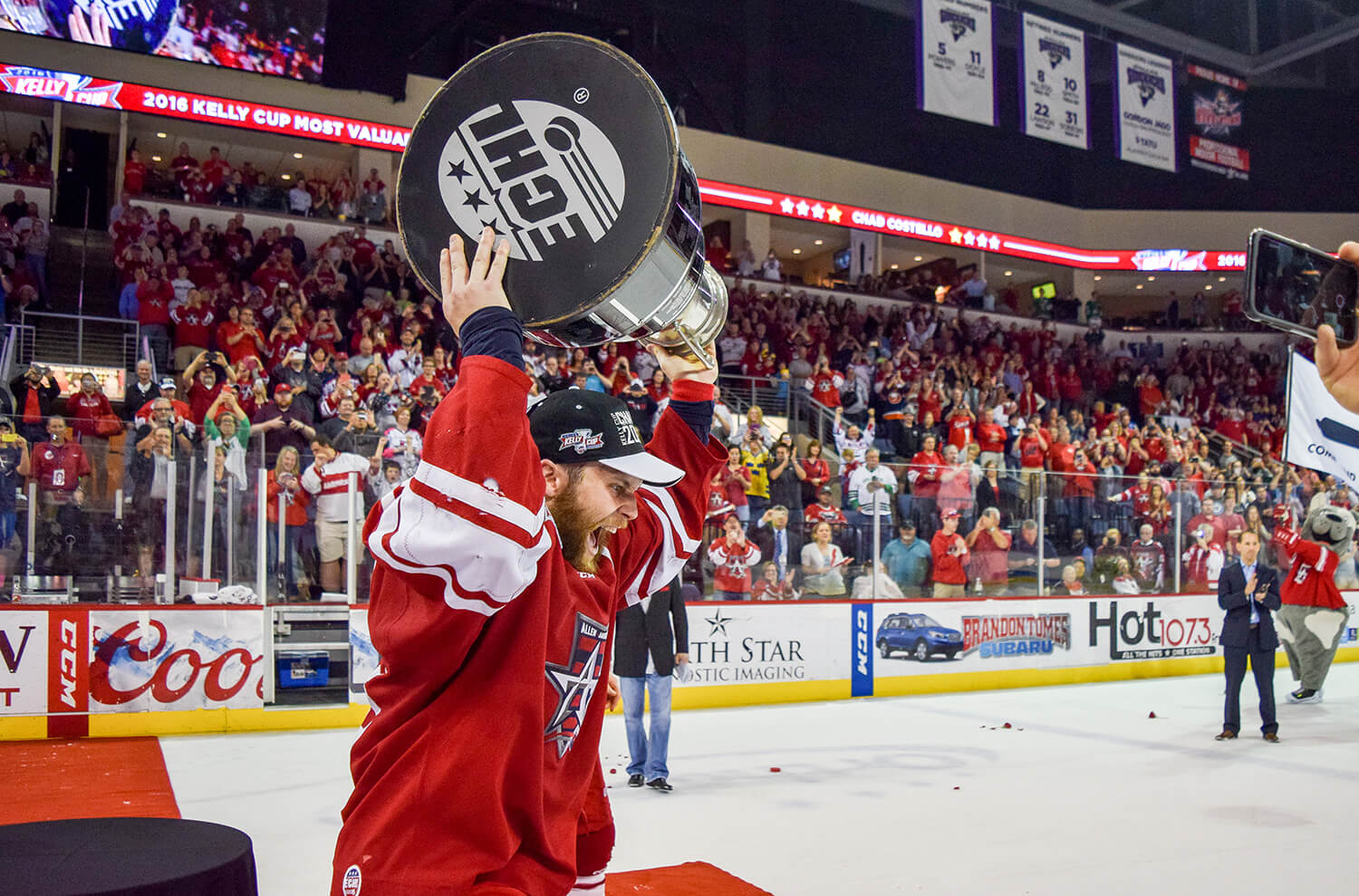 The man who came out of retirement in April 2014 to purchase the ECHL’s Reading Royals has added the league’s two-time defending Kelly Cup Champion Allen Americans to his portfolio.

During a Thursday, February 23 press conference, the Allen Americans announced that the ECHL Board of Governors has approved the transfer of ownership of the team from Steven Brothers Sports Management Group to Royals’ owner Jack Gulati effective immediately.

“Today starts a new chapter for me and the Allen Americans,” Mr. Gulati is quoted as saying in an Americans press release. “I’m very excited for the opportunity to help this organization grow. Under the guidance of Coach Steve Martinson, we already have one of the best teams in the league on the ice. I know from our players that we have some of the best fans in the league, and my goal is to see the Allen Event Center packed on a nightly basis. There is so much potential for this hockey team to be one of the premiere members of the ECHL, and with the continued support of the community and our staff, we will excel on and off the ice.”

Under the astute leadership of General Manager-Coach Steve Martinson, the Americans have captured four straight championships, including the ECHL’s Kelly Cup during each of the past two seasons. Prior to that, they won two consecutive President’s Cups as part of the now-defunct Central Hockey League (CHL).

Mr. Gulati, has owned more than 40 companies worldwide, is a graduate of the University of Minnesota. He acquired his first business in 1968 and has owned companies such as Fidelity Technologies Corporation, TeleAlarm Group, Fidelity Investment Corporation, SafetyCare Technologies, and Stokesay Castle.

Mr. Gulati, 76, has earned several honors, including an appointment by then-President Ronald Reagan to the White House Conference on Small Business in 1986. President George H.W. Bush also appointed him to the Small Business Advisory Committee of the Federal Communications Commission.

Jack and his wife, Rosemary, have three sons, David, Charles and Michael, and 10 grandchildren. They make their home in Oley, Pennsylvania, a Berks County town located 64 miles northwest of Philadelphia.