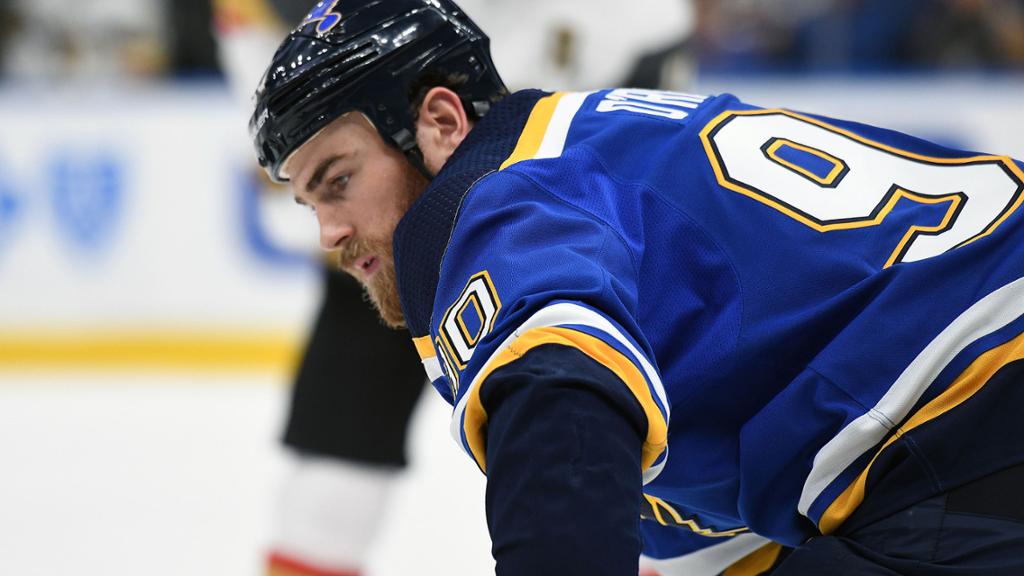 A Few Words With Ryan O’Reilly

Q. You came off the bench during the delayed penalty. When you do that, is it, I got to get out there as quick as possible, reading the play?

RYAN O’REILLY: Yeah, just a quick reading of the play, trying to get to an area. The way it was developing, I was just trying to get over to just the middle there and be a support, hopefully, have a one-timer either from the side or up top. Obviously, he opened up, he did his thing.

Q. You practice, every team practices six-on-five a lot. How much of that practice helps you in a situation like that, even defending it?

RYAN O’REILLY: You know, I can’t say we practice it a ton. We talk about the power play, that sort of thing. Then defending also, I think is something we cover and talk about. A lot of it’s just competing, using the extra man, supporting each other on those battles. It was a good overtime. We had a lot of momentum on delay penalty. Yeah, just knowing that when you get the puck when they touch it, it’s going to be dead. It’s an opportunity to look for a clean play and a clean chance. Yeah, obviously was the deciding factor for the game.

Q. Doing the give-and-go with Gunnarsson, what’s going through your head? Did you think about taking the shot?

RYAN O’REILLY: No, as it came to me, kind of just trying to be as present as possible, see what I have available. The way the kind of thing shifted, he opened himself into a great spot, put it on his tape. I didn’t really do anything too special there. It was a heck of a shot.

Q. Describe what Game 3 is going to be like Saturday night.

RYAN O’REILLY: I don’t think I’ll be able to describe what it’s going to be like. I know from what I’ve seen, I’ve been very, very impressed. We’re excited to get back home and show what this town’s about.

Q. Can you believe two nights in a row there’s been 20,000 people in there, and you aren’t even in there?

RYAN O’REILLY: It’s amazing to see. This is a hockey town. They’ve been with us through the ups and downs. They’re excited. This is something new and special, and they’re a big part of it, a big piece of it.

Q. Talking about the penalties, how much do you need to cut those down?

RYAN O’REILLY: Yeah, I think it kills our momentum at times. We did play a lot better this past game. Still, we need to stay out of the box. Just gives their best players clean touches and opportunities. The more we can stay out of the box, the more it’s going to help our game.

Q. We see how lethal their power play looks, but defending it, what makes it so tough to deal with?

RYAN O’REILLY: They have elite personnel out there. They work well all together, the way they move the puck. There are so many threats we have to be on them. We have to be as quick as possible. If we’re not working, get tired out there, they’re going to make us pay. It’s paying attention to every little detail from the draw to making sure if we get a chance to clear it, forcing them to have to go all the way back, having quick changes to stay fresh. Yeah, it’s a very good power play. We have to stay out of the box. When we have a chance to kill, make sure we’re super intense.

Q. Is your depth going to possibly be tested with players out?