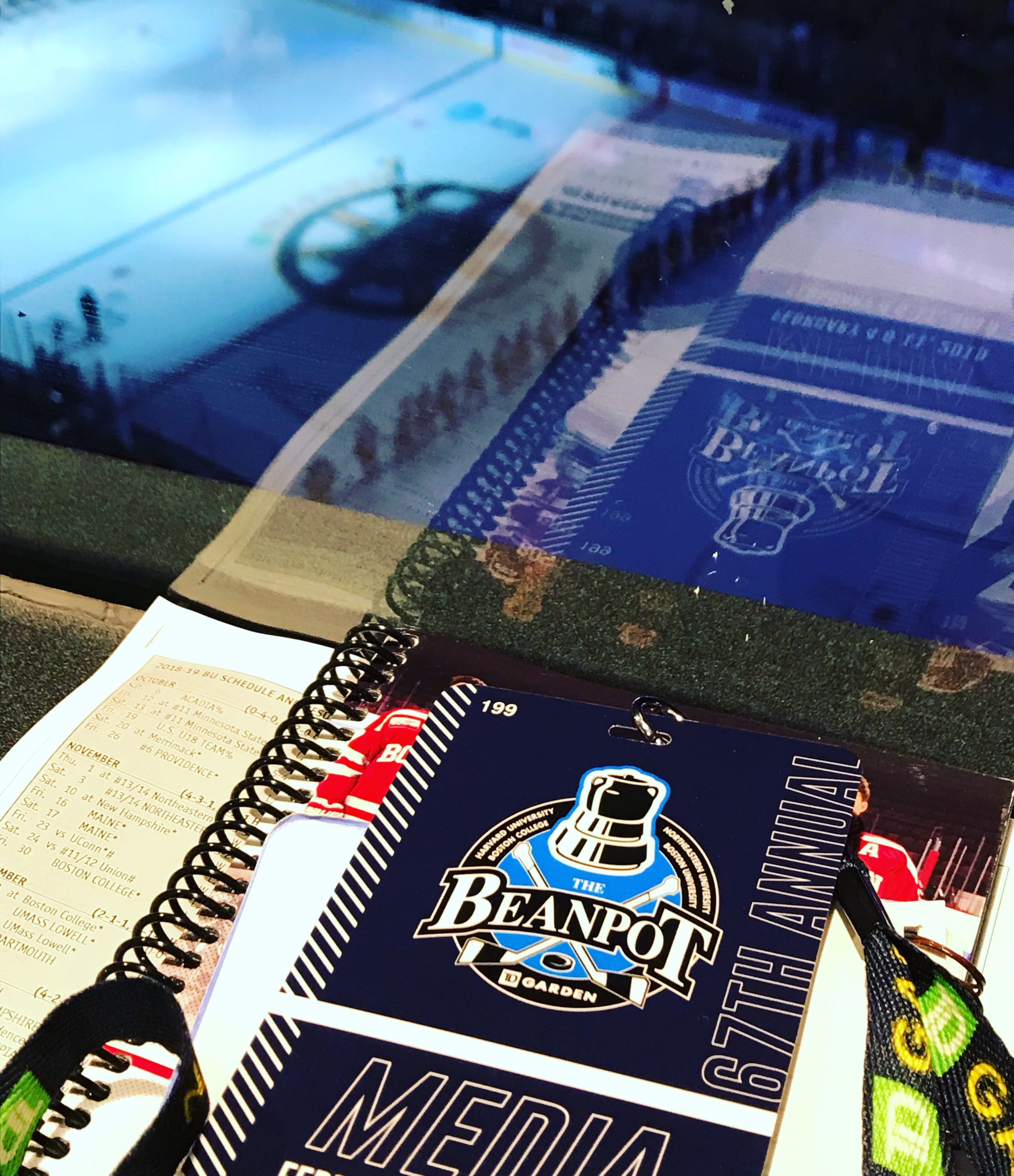 Boston, MA- The Beanpot Tournament is a special tradition in the college hockey calendar, as well as on the Boston sports landscape. The 68th edition is the most wide-open in the last decade. All four teams have at least 10 wins. All four teams bring nationally known and respected players to TD Garden. And all four teams are entering the first Monday of February with a win for the first time in four years. It is also the first time that all four schools have won the tournament within a seven-year period.

Northeastern is the two-time defending Champ so it’s their tournament to lose. The Huskies defense is a solid collection of scorers and defenders. Captain Ryan Shea (3-19-22), Jordan Harris (3-13-16) and Jayden Struble (3-7-10) can move the puck quickly and jump into an already potent offense. That offense has the talented Tyler Madden (3rd in NCAA w/ 17 goals) leading the attack. Madden lives for games like this. Zach Solow, Matt Felipe, Grant Jozefek, and John Picking have experience and scoring touch. Freshman Aidan McDonough has been a big addition to the Huskies this year. The biggest question for the champs is in goal. Craig Pantano has been solid for the Huskies. he’s been around the block but is he up to the challenge tonight?

Harvard comes into the game with one of the top ranked offenses in the NCAA averaging almost four goals a game. The power play unit is tops at 30%. And the Crimson have three players in the top-10 averaging a point a game in Jack Drury (1.52), Casey Dornbach (1.45), and Nick Abruzzese (1.35). The defense tends to be more offensive minded with Reilly Walsh (5-13-18), Jack Rathbone (4-14-18), and Henry Thrun (2-13-15) leading the charge. Ryan Siedem and Marshall Rifai, with a combination of Jace Foskey, Benjamin Foley and Nick Azar round out the defense. The Crimson get pop from John Farinacci, Henry Bowlby, Jack Badini, and R.J. Murphy. Badini and Drury are two of the best centers at winning face-offs. The goaltending job has been primarily Mitchell Gibson’s. The freshman has seven of the Crimson’s 10 wins and has a 2.517 GAA with a .923 save percentage. He’s been solid most nights.

Jason Scales– This one should be a fast paced track meet, up and down the ice. I think it’s a one goal game. With the Crimson offense being a tad more potent tonight. Harvard wins 3-2.

Chris Lynch- Both these units have amazing offensive potency. I’d trust Northeastern’s experience in this tournament to win out over the Crimson. 5-4 Northeastern.

The best rivalry in college hockey has already produced one banger this season. Another match-up promises to raise the stakes a bit more.

Boston College is almost certainly the deepest team in this tournament. The Eagles boast a top line of David Cotton (10-19-29), Julius Mattila (7-24-31), and Logan Hutsko (15-8-23) that can cause problems for every team in the nation. They are Hockey East’s 5th, 7th, and 16th leading scorers and have combined for 32 goals and 83 points. The depth pieces have also offered dominant stretches. Alex Newhook (10-10-20)  is one of three double digit goal scorers and the head of a freshman unit that compliments a skilled veteran core. Mike Hardman (7-9-16) and Matt Boldy (2-7-9) are other young forwards who have contributed to the Eagles’ first place spot in Hockey East. The defensive core doesn’t drive the offense other than Ben Finkelstein (3-14-17). But Marshall Warren, Connor Moore, and Drew Helleson are all defensively responsible players and can move the puck well.

The crown jewel of the team is Spencer Knight in net. The freshman from Darien, CT, is top-10 in save percentage (.931), top-8 in goals against average (1.95), and 2nd in shutouts (5). He’s performed amazingly well and promises to lift BC to championship contention for this year and in the future. The only concern is that he’s lost two of his last three games, both in overtime. Still, he will be a challenge to beat.

At the opposite end, Boston University has the top talent to run with any outfit in the nation. David Farrance (11-18-29) is the second leading D-man scorer and the leading among defensemen in the country, along with the Terriers’ leading scorer. Trevor Zegras (8-18-26) has shown his passing and handling skills very well with a team high 18 assists. Other young players like Dominic Fensore, (3-11-14) Robert Mastrosimone (5-9-14), and Ethan Phillips (2-8-10) all have offensive flash. Recent addition Wilmer Skoog (2-2-4, 7 games) has paid immediate dividends with size, passing, and scoring touch. The young players work well alongside a decorated core of veterans. Patrick Harper (11-17-28), Logan Cockerill, and Captain Patrick Curry (14-9-23) all have a Hockey East Championship and NCAA Tournament trips under their belt. Curry leads the team in goal scoring. Harper had a hot start to the season but has cooled off considerably since then. He still can torch opponents. Cockerill missed much of the season with injury but is back now. Beyond Farrance, the defensive corps has a good mix of offensive touch in Fensore and Case McCarthy and defensive responsibility in Cam Crotty and Kasper Kotkansalo.

The biggest question for the Terriers is in net. Graduate transfer Sam Tucker has manned the net for much of the season and has alternated from frustrating to spectacular. His .908 save percentage is the lowest of the regular starters entering the weekend. The former Yale player has stolen games for the Terriers this season, but he’s also allowed confusingly soft goals. On the other hand, Fort McMurray, Alberta, native Ashton Abel arrived along with Wilmer Skoog to start the new calendar year and since arriving, he’s performed well. In five games, he’s 3-1-1 with his only loss coming in relief at Dartmouth. He’s posted a shutout and a .936 save percentage. This would be the biggest game of his life and a hard ask for a freshman five games into his collegiate career to jump into. Head Coach Albie O’Connell has his work cut out for him.

Chris Lynch– These teams can produce a track meet with all the skill on offer. I’d expect a high scoring night. I also trust the accomplished group of Terrier players to outlast the Eagles. 4-3 BU in a long night.

Jason Scales– This game is going to come down to goaltending. Spencer Knight has five shutouts so far as a freshman. The hype is real. As talented as the Terriers are they just don’t match-up in goal. Sam Tucker is a jag with a Yale degree, if BU has a chance it’s because they started Ashton Abel, who’s been pretty solid since coming on in relief against Dartmouth a month ago. BC 4-2