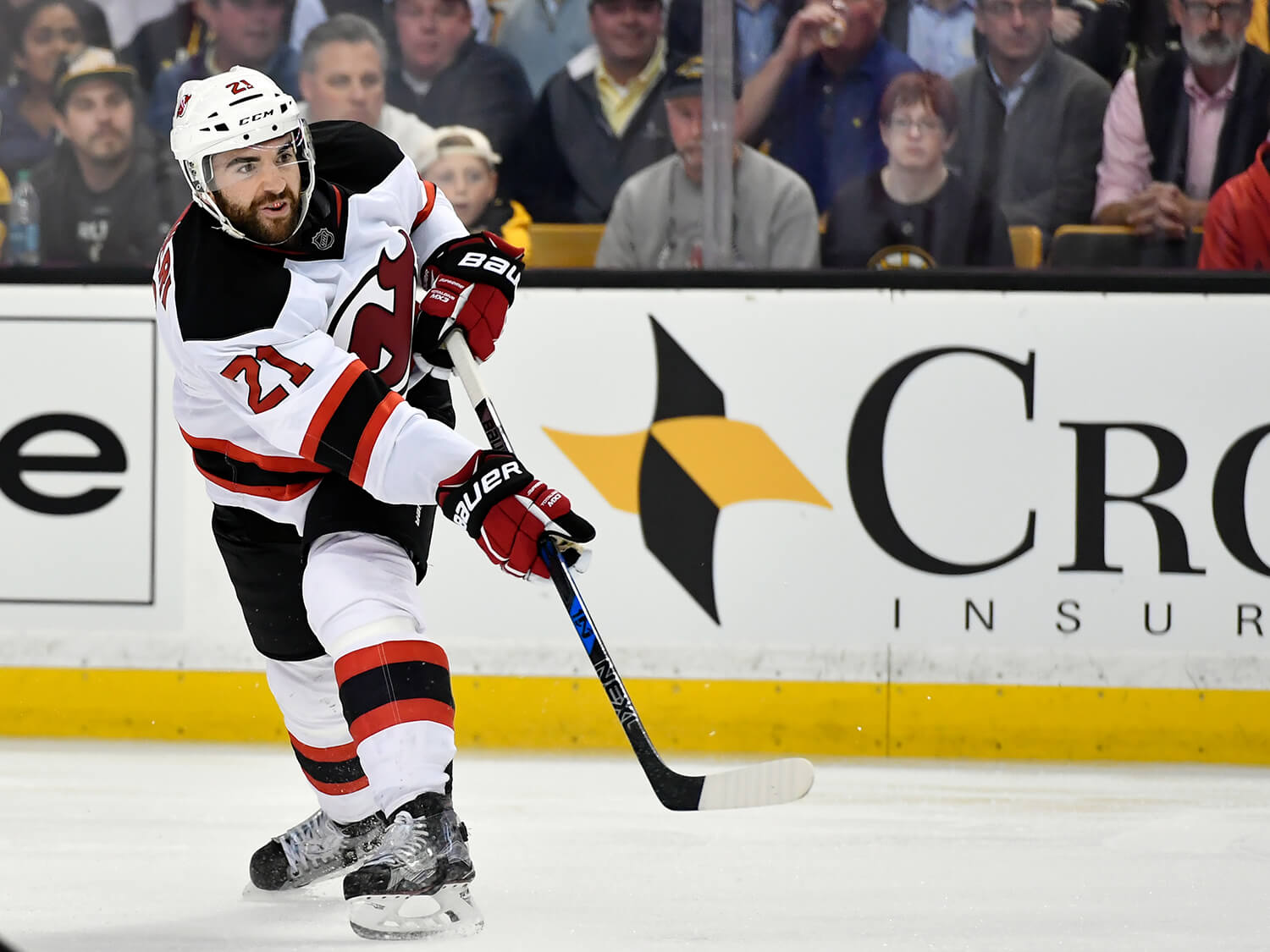 Devils Fall in Shootout Minus Palmieri

NEWARK, N.J.– The Devils, down two goals early, battled back before losing in an 11-round shootout to the Bruins on Wednesday.

Jake DeBrusk started off the scoring for Boston just 1:25 into the contest while Patrice Bergeron added another goal 11:02 in. Jesper Bratt added a late first period goal to make it a one-goal game. And it was late in the third that Brian Gibbons tallied his 10th goal of the season to knot it up.

In a shootout that would qualify as an extra-inning baseball game, Taylor Hall and David Pastrnak traded goals before rookie defenseman, Charlie McAvoy netted a pretty game-winner.

The 2-1 shootout loss saw the Devils leave without two points of the third time in their last five games. Their 12-5-4 record has them as the second seed in the Metropolitan division, but just four ahead of the Rangers—who are currently on the outside looking in.

And if that isn’t concerning in itself, New Jersey was dealt the news prior to the game that Kyle Palmieri, who suffered a broken foot on Monday night’s 4-3 overtime win against the Wild, will miss 4-to-6 weeks.

Palmieri suffered the injury after blocking a hard shot off his foot from Wild’s defenseman Matt Dumba around the 6:11 mark of the second period. After the hit, he was seen going down the tunnel but shortly returned to the bench not missing a shift. Palmieri has four goals and five assists in 13 games played so far this season.

With Palmieri out for an extended period of time, the Devils will be without one of their top goal scorer and key leaders in the locker room. Prior to the game, Brian Boyle noted the loss.

“It’s a big loss for us in here and on the ice,” Boyle said. “You just look at the way he did it. He sells out and blocks a shot. We’ve got to do well and pick up the slack for him. He made the sacrifice for us, we got to make sure we take care of business.”

With the unfortunate loss, the Devils will need to rely on their depth moving forward to maintain their identity and stay on a winning course.

“We’re trying to play as a collective group here with all four lines and our D-pairings,” forward Drew Stafford said. “We all want to play the same kind of game. We’re not really looking at it as the first line plays this way, and the third line plays that way. It’s all four lines kind of rolling through. If we can get that balanced attack, it’s very hard to defend.”

The Devils who outshot the Bruins 42-29 picked up their play in the third period Wednesday night which earned them the point in the loss.

“ I thought we picked up our intensity especially in the third and dominated the puck,” said Cory Schneider, who settled in nicely after allowing two goals on five shots in the first. “We had a lot of action just couldn’t get the next one. We would like to play that way from the start every night. Last couple games have not been as good as we wanted, to our credit we found ways to get there. We found ways to get ourselves in the game.”

After the game Coach Hynes spoke highly of his team effort especially the rookies.

“I feel like we were really resilient tonight if you take that game minus the couple mistakes in the first period and we ice that game in the third,” Hynes said. “I thought we certainly deserved a point tonight if not two. I’d say the rookies that have come in have made big impacts on our team. We like the way they compete, not just point production but the way they go about their business every day, how they practice, how they play in the games. They have brought some life to our team.”

The Devils will look the rebound after Wednesday’s loss when they host the Vancouver Canucks on Friday night.

Prior to the game, Kyle Palmieri (broken foot) was placed on injure reserve by the club… No further transaction has been made, but the club (22 players) has one available spot… Wednesday’s contest was the second of a busy Thanksgiving stretch of four games in six nights…Brian Gibbons 10th goal, scored on Wednesday is the first time in his NHL career that he’s tallied double-digit goals.