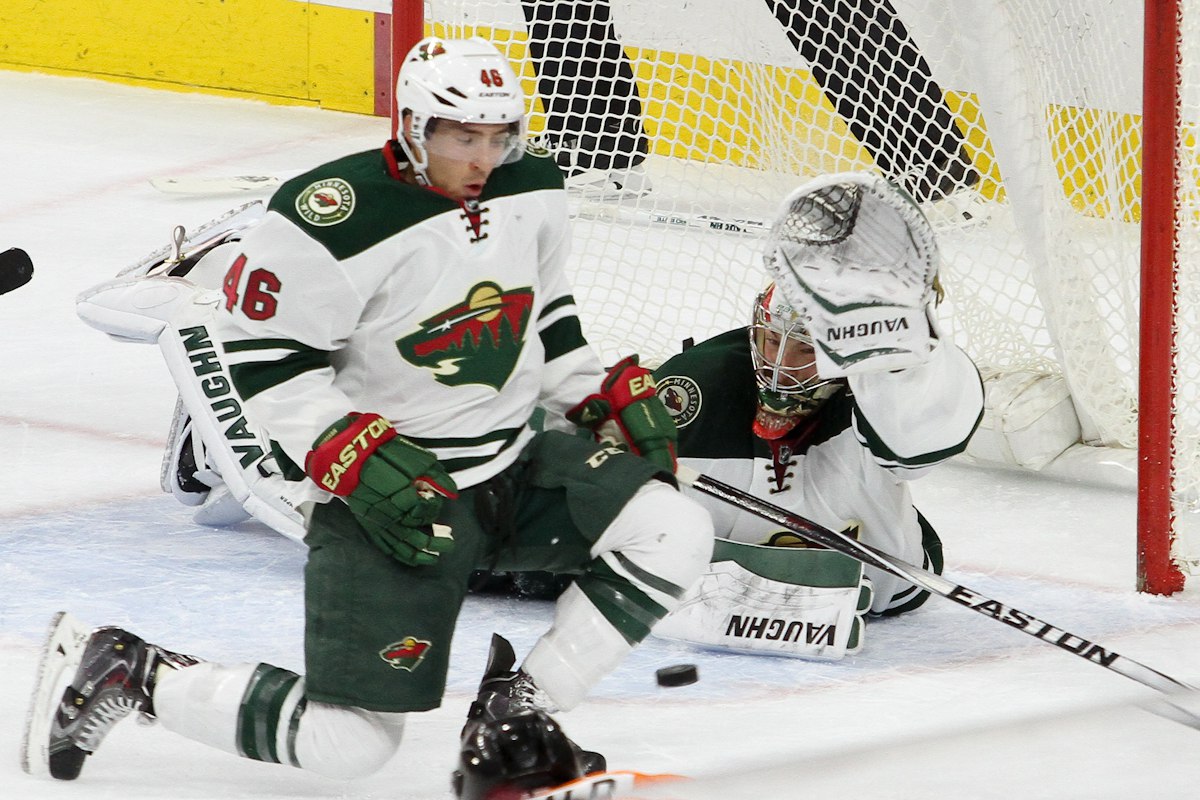 Over the past few seasons, Minnesota Wild General Manager, Chuck Fletcher, has acquired many young stars for Minnesota, including Mikael Granlund, Charlie Coyle, Nino Niederreiter, and Darcy Kuemper. It is no secret what Minnesota was trying to do once Fletcher took over the helm in Minnesota. Yes, they do have one of the league’s top veteran presence throughout the line-up as well with Parise, Koivu, Suter, Vanek, and Pominville, but the youth movement is on.

This season is proving that statement very well. Nino Niederrreiter is the team’s goal scoring leader, netting 10 goals this young season, including a hat trick just a few games ago. Does anyone in Minnesota think the Clutterbuck trade was a bad idea now?  Not far behind is Jason Zucker. The Las Vegas native, and former Denver Pioneer, is tied for second on the team, with eight goals, with Zach Parise, all while playing in third and fourth line roles.

Back on the blue line, it seems as if it is all young players, with the exception of Keith Ballard and Ryan Suter. The most prized has to be the 2011 first round draft pick, Jonas Brodin, or 2012 first rounder Matt Dumba. However, it is Jared Spurgeon and Marco Scandella stealing the show. The pair have combined for 15 points (7 goals, 8 assists), and are a combined +18 rating. Whenever these two are on the ice, you know something magical can happen, offensively or defensively.

Darcy Kuemper has taken his new number one role between the pipes and ran with his opportunity. Although the Josh Harding situation is one that Wild fans are wanting to see him back in the NHL as soon as possible. However, this is now the Darcy Kuemper era in the net and he has proven why it should belong to him. His three shutouts, 2.03 goals against average, and .919 save percentage are solid number one goalie numbers. Kuemper is the goalie of the future for Minnesota and I’d think that he would get some kind of contract extension at the end of this season, or some point through next season.

The youth movement is on in Minnesota and they do know how to use their young stars. This is a team that can be successful for the next five years if the young core of the team is able to stick together with a few, talented, seasoned veterans that this roster has to offer. With Chuck Fletcher as the GM, that most certainly can happen.