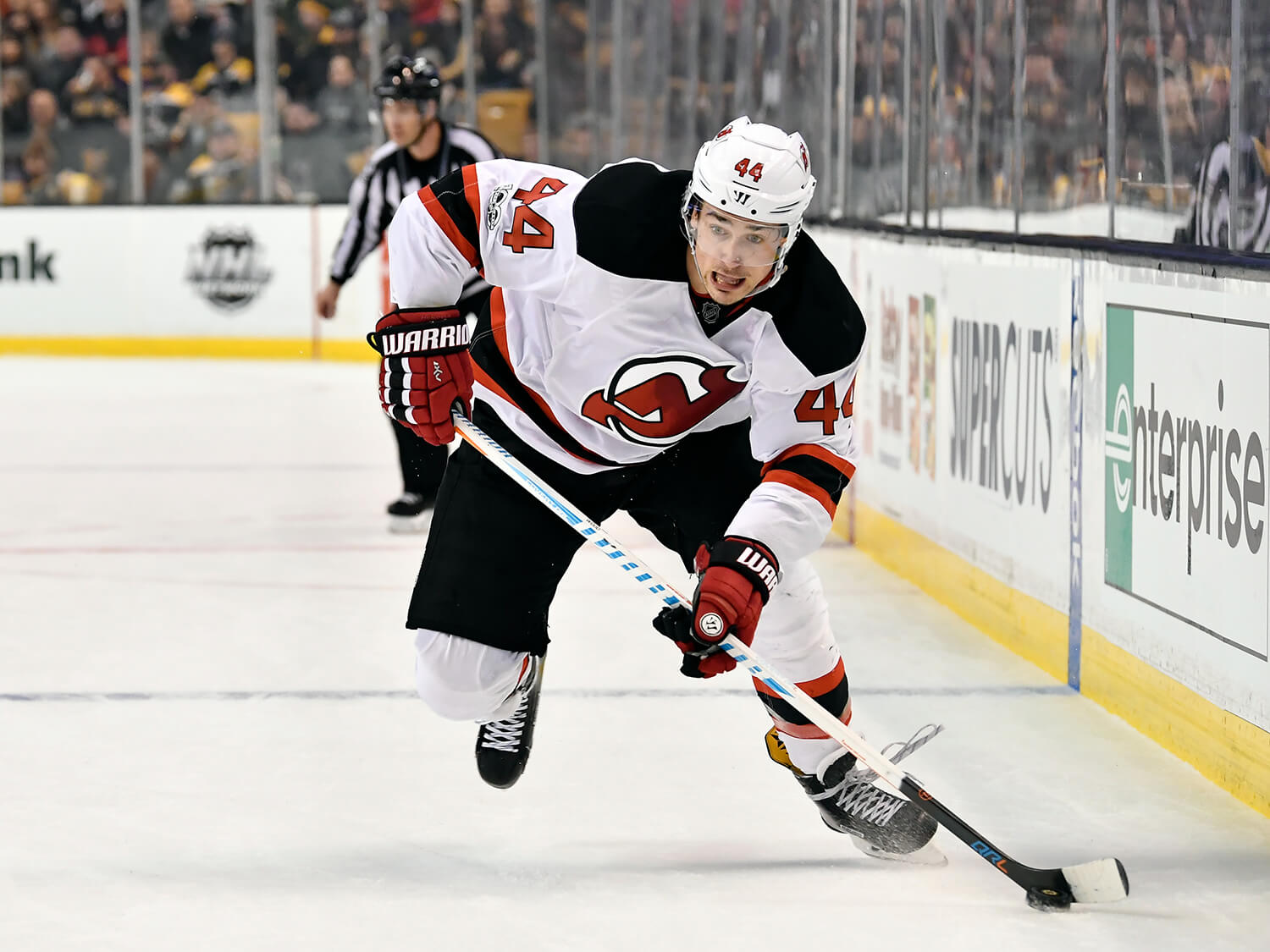 Long-term memory need not apply. Not this season, anyway. Bruce Cassidy said his team would address the pair of goalie interference infractions taken by Miles Wood in Thursday’s meeting.

Offering his interpretation of that, Kevan Miller scrapped with Wood just 19 seconds into Saturday afternoon’s contest. It was the second of eight meetings these teams will have against each other. The Bruins and Devils aren’t historical foes. They weren’t divisional combatants prior to this season including the days of Adams and Patrick. If hostility in the NHL is the product of more show of face, none of that context is sure to matter.

Score-settling out of the way early and Wood unperturbed, he tipped in his second goal in as many games this season 16:15 into the first. Patrice Bergeron would net the equalizer 17:16 into the game’s second frame and see the two sides reach the back-end of overtime once more. But, thus far impressive freshman, Yegor Sharangovich scored on a breakaway with two seconds remaining to secure the Devils’ first win of the season.

If the Devils, who absent a rough opening period of the season and have gotten better period-by-period while hanging around with last year’s only 100-point club for two games, can stay around with the likes, they might want to emulate some of their recent opponent’s best (and for opponents) worst trait. The effectiveness of Brad Marchand has seen him enjoy success and a reputation.

He’s the Devils problem now and having a big, fast pest-like presence of their own in-front would go a long way.

“He’s like the grit and the oil for me,” head coach Lindy Ruff said. “He backs teams off, he gets to the net-front, scored another goal tonight, but being in the right spot. He shot the puck quickly. Those are the type of situations that you’re going to get inside a game.”

That right spot included a back check in overtime, this time sending him into his own goaltender.

“He had a big fight for us, his energy was great and he’s a guy that other teams don’t want to play against. He creates his own opportunities just for speed. I thought his back check on the one broken play, it helped us preserve a win this afternoon.”

The current leading goal-getter picked up the praise of the team’s top getter for four of his five seasons with the club.

“We want to make sure we’re giving our team the best chance to win and making an impact whatever way we can,” Kyle Palmieri said. “(Miles) is a big, tough kid. One of his biggest strengths is obviously his speed and being able to get on the inside and being a physical presence. You saw it in the goal he scored tonight, he’s a guy that’s hard to move out of the net front. He’s got a good stick and making sure he gets his stick on shots coming in and he’s around the net for the rebounds. A lot of the time, that’s how you score goals in the league.

“He’s done a great job of that so far. Maybe took it over the line a couple of times the other night, but that’s how he plays. He plays with that edge and finding that balance of being a force to make sure the other team keeps an eye out for and making a positive impact on our team. We gained a lot of energy from that.”

This won’t be the plea for the carbon copy of Boston’s no. 63, but some small percentage of the pestering might be more than a demand for this kind of season, but a necessity for self-preservation, no?

The next two weeks bring on the Devils’ more historic rivals–both New York’s and Philadelphia. Cue 44 and company to take a stab at showing face and being someone’s problem.