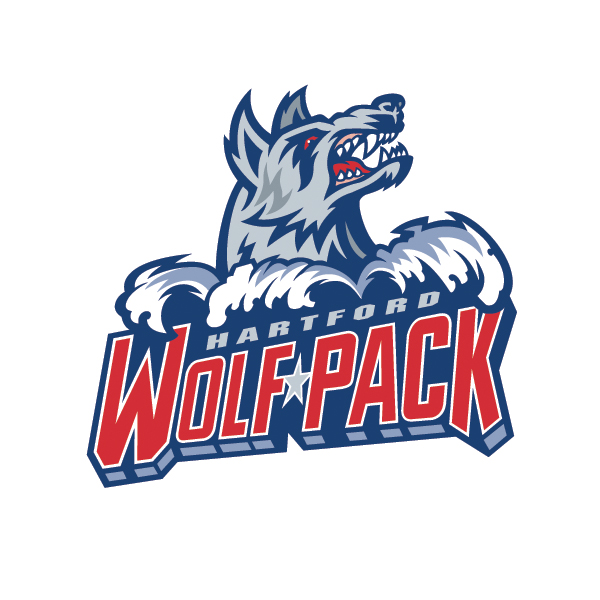 Hartford, CT: Post-Thanksgiving joy was certainly in the air despite the cold weather and still half-Turkey comasized patrons; Hartford’s faithful came out in full support as they usually do. Especially on the most happening night at the Hartford XL Center; $2.00 beers, $1.00 hot dogs, and some quality hockey.

What could be better?

Well, one thing could be, the home team getting the W- that’d be the sweet sprinkles a top the frosted cake of victory. Can’t you just taste it? Especially coming off strong from a two game winning streak, the Hartford Wolf Pack (10-8-2-0) seemed more than hungry to get that third straight win. Facing off against the Norfolk Admirals – top affiliate of the Anaheim Ducks- (7-12-0-0) with the Admirals having a pretty rough season themselves being in last place in both the Eastern division and conference overall, this seemed like it’d be an perfect night for the Wolf Pack to gain some confidence. However, a win wouldn’t come easy, the Admirals decided to step it up and have a real say in this matter.

Nothing comes easy in professional hockey and this was no exception. In front of a packed house, the puck dropped, tension filled the air. Hartford was ready for blood, but even the hungriest wolves can’t catch their prey.

Shut down by Yann Davis, Admirals journeyman goaltender- who’s had his fair share of experience in the rink- had the game of his life with a huge shut out, blocking all 35 shots leaving the Wolf Pack completely distraught, rocky and unsure where to turn next. It seemed that the Wolf Pack had sunken back into their previous rut of overpassing and not taking the enough shots on goal.

The blame shouldn’t be put on Hartford’s rookie goalie Mackenzie Skapski though. He has been more than impressive in his first season in the AHL and repeatedly Coach Ken Gernander has said that the youngster has done just about everything he could be asked to and, many of the goals scored on him weren’t his fault. Veteran goalie, Cedrick Deajardins’ playing time has even gone down as a result of Skapski’s terrific play. However, the young Skapski can’t stand on his head every night, he needs some help and his other Hartford teammates have struggled to support him with any offense.

Leading the way for Norfolk were #20 Louis Leblanc and #14 Max Friberg, who had a goal and an assist each. Leblanc’s goal was not at the fault of Skapski though; the puck had slithered past him off of Hartford’s defender Michael Kosta’s skate. Later in the press conference Gernander mentioned this and referred to it as simply “Having bad luck, its hockey it happens.”

Hartford’s own Ryan Haggerty led Hartford with seven shots on goal on the evening, yet again, he was unable to put away any of his feverish attempts. Skapski had 25 saves in the game; including stopping a penalty shot from #16 Emerson Etem’s. Later in the press conference Gernander would say in regards to the efforts “We generated some shots, more than most nights,” Which is true, the Wolf Pack has managed to step their game up a little bit more. But the first goal in the net brought the team down. Norfolk’s Friberg slammed another goal in at 9:52 of the second. “I think we did a lot of good things right but a few unlucky bounces there nipped us,” said Haggerty,

Underappreciated Play of the Game:
Newcomer, defenseman Steve Spinell, Hartford’s newest ECHL call up really made a goal saving, diving play that would have made John Tortorlla proud. All coaches love players willing to make those types of plays.