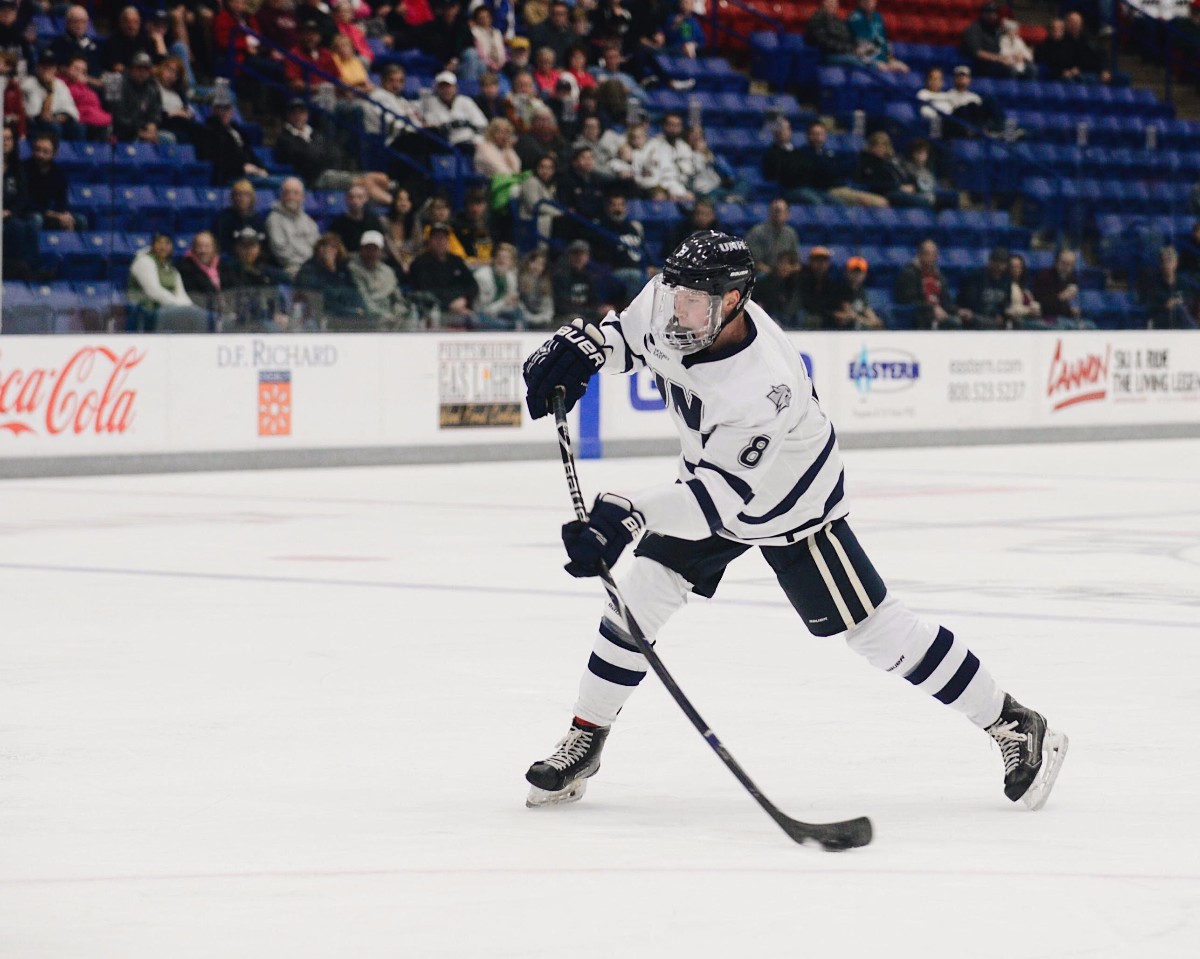 Processed with VSCO with a6 preset

The New Hampshire Wildcats have both entertained and frustrated fans this season. UNH started 5-0 and rose to the Top 10 in the USCHO Poll. When the calendar flipped to November, UNH ran into a rash of injuries and a 3-4 stretch.

To open December, the Wildcats split with the Providence Friars, winning a Saturday night tilt 1-0 behind a strong performance by Senior goalie Danny Tirone. The Wildcats entered the week ranked 13th nationally and looked to carry the momentum into a busy week before exams. First up was a trip to Troy, NY, to play the Rensselaer Polytechnic Institute Engineers on Wednesday night.

UNH came out flat as old seltzer water and RPI got the jump on the Wildcats. The Engineers outshot UNH 9-3 in the first period, out-attempted them 28-12, and UNH did not get a shot on net until the 10:43 mark of the period. Danny Tirone also started cold, surrendering the first shot on goal to Billy Jerry for a 1-0 RPI lead only 2:26 into the game.

Anthony Wyse got his team on the board with a left circle rip on a great feed from star defenseman Benton Maas with 1:59 left in the period. UNH almost escaped an Engineer dominated period tied.

However, 36 seconds after the Wyse goal, Jacob Hayhurst untied the game with a top-shelf shot on a third chance shot. RPI went into the first intermission with happy fans and a 2-1 lead.

Dick Umile steadied his team in the break and the Wildcats capitalized on some early power play chances. Meirs Moore took a holding call and Todd Burgess took an interference penalty. Both power plays ended with goals by senior forward Jason Salvaggio.

The Hanson, MA, native had gone cold for two months but a rebound shot and a top-shelf drive gave him his second multi-goal game of the season and ended his 11-game goal-less drought.

Fellow senior Shane Eiserman chipped in with a highlight goal, slicing through traffic and tumbling to the ice as the puck went in to extend the UNH lead to 4-2 before the second intermission.

RPI had no quit in them. Dave Smith’s young team has struggled this season, but they came out ready to battle till the end. Sure enough, the Engineers cut the deficit in half when Captain Jared Wilson fired a shot from the left circle.

Unfortunately, after the goal, RPI ran out of steam. Michael McNicholas built the lead back up by tipping in Dylan Chanter’s shot from the corner and Jared Wilson committed a late hooking penalty that ended any chances of a comeback. Max Gildon scored the third UNH power play goal of the night and ended the scoring. UNH got what they needed, a 6-3 victory in Troy.

Rensselaer’s struggles continue. The young Engineers fall to 3-11-3 and hold the second-worst record of any ECAC team. First-year coach Dave Smith did have some positives to take from it.

“I liked how we took what the game gave us. I thought we checked really well and for the bulk of the game, 5 on 5, we were dialed in. It’s hard to win when you give up three power-play goals.”

Both RPI goalies got in the game, combining for 23 saves on 29 shots. Linden Marshall played the first two periods and gave way for Chase Perry in the third period.

The Engineers will sit for exams before returning to the ice for a two-game home set against the Maine Black Bears on December 29th and 30th. Puck drops at 4 pm both afternoons.

UNH climbs to 9-5-1 with the win. Jason Salvaggio was elated to get off his scoring schneid and have some teammates back.

“I needed to move my feet and use my shot more. I’m glad it’s behind me. It helps when most of our guys are back in the lineup. We’re a completely different team with those guys back in.”

Shane Eiserman, Patrick Grasso, Marcus Vela and Charlie Kelleher all missed multiple games and were all in the lineup for the game tonight.

The Wildcats have two more games in their loaded week. Both are home matchups. Saturday night sees the Army Black Knights come to town and the week concludes with a Sunday afternoon conference tilt against the Merrimack College Warriors. Puck drops at 7 pm and 4 pm respectively.