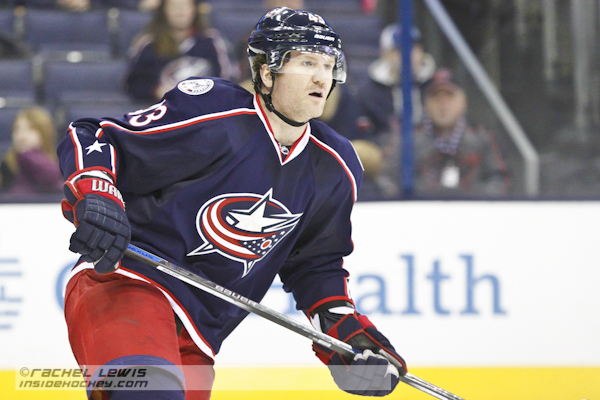 Why the Blue Jackets Need to Return to ‘Brick by Brick’

When Columbus Blue Jackets President of Hockey Operations (POHOPS) John Davidson, upon assuming the role at the beginning of the lockout-shortened 2012-13 season, told the dwindled masses of remaining Blue Jackets fans that, instead of the constant changes in philosophies, organizational directions, countless coaching hires and veiled, empty promises of organizational excellence and regular playoff appearances, that the Blue Jackets would instead adopt a philosophy and mantra of ‘brick by brick’.

But, as they say, a funny thing happened along the way…

After coming out of the gate in the lockout-shortened 2012-13 season with a 5-12-3 record and after an initial ‘feeling out’ process by recently-hired General Manager (GM) Jarmo Kekalainen, replacing former GM Scott Howson when the Blue Jackets started out 0-4-1, the Blue Jackets made a furious push for the last playoff spot, tying for the last playoff spot, only to lose out on a tie-breaker – ironically, on a tie-breaker suggested by then-GM Scott Howson.

During the following season, the Blue Jackets qualified for the Stanley Cup playoffs and won their first-ever Stanley Cup playoff game and giving the top-seeded Pittsburgh Penguins all that they could handle in losing 4 games to 2. Hope no longer sprung eternal, the Blue Jackets looked primed to be a rising, sustained power in the National Hockey League (NHL). Thus, the bricks of the ‘Brick by Brick’ mantra appeared to have been laid far sooner than expected.

Optimism was sky-high for the Blue Jackets and their fans as the 2014-15 started; however, all optimism was quickly squashed as the Blue Jackets suffered a plethora of injuries to its key building blocks of the organization, both veterans and young, rising stars like Boone Jenner. The Blue Jackets were the runaway winner of the indubious category of ‘Man Games Lost to Injury’, topping the 500 mark, nearly 200 games lost greater than the NHL average. Although they dug themselves a hole, again, with a horrific 6-15-2 start, a furious 15-1-1 finish, when nearly all of the injured cogs recovered, gave the view that, were it not for the slew of injuries, the Blue Jackets would have continued their rise as an NHL power to be reckoned with.

However, in reverse, a funny thing happened along the way…

With optimism at an all-time high, the Blue Jackets defied the expectations of nearly every pundit by collapsing out of the gate with a 0-7-0 mark, a record far worse than what appeared on the surface, if that’s possible. The Blue Jackets lost each game by a minimum of 2 goals and were ‘doubled up’ (having given up more than twice the amount of goals than they had scored) in goals for and against during those first seven games.

This also marked the 4th consecutive bad start for then head coach Todd Richards which ultimately led to his firing after the 7th game. Richards was replaced by John Tortorella, long-considered both one of the best coaches in the NHL but also one of the most volcanic, a coach that wears down his players and eventually, and particularly quickly in Vancouver, wears out his welcome.

The Blue Jackets, now a mentally fragile team, started to play a bit better, hovering around the .500 mark under Tortorella but could not climb out of the 7-game hole that was created. In fact, the Blue Jackets slipped to 10 games under .500 and appeared to be careening towards positioning themselves towards a shot at nabbing the prohibitive no. 1 overall pick in the 2016 NHL Entry Draft, Auston Matthews.

But, as is their custom to do, they began their annual 2nd half of season surge and are now four games under .500 and, having gone 10-3-4 over their last 17 games played, thus all but nullifying any chance at Matthews. This type of surge has aggravated many of their loyalists as they often, as was the case, last year in a highly-regarded draft, go on a surge and miss out on a chance for a franchise-changing player, often settling for a less-regarded prospect in the 1st round of the NHL Entry Draft.

So, with the trade deadline of February 29th at 3 P.M. looming, the Blue Jackets find themselves in a position of, due to several off-season acquisitions (i.e. Brandon Saad) and resigning organizational cogs (i.e. Brandon Dubinsky and Nick Foligno) for large (dollars and contract term) sums, they are positioned right up against the NHL’s salary cap ceiling. And, given their fleeting playoff chances – 10 points out of the last wild-card spot with 20 games left to play which would take a finish similar to 16-2-2 to nab the last playoff spot – they are forced to become ‘sellers’ at the NHL’s trade deadline.

Two players which are rumored to be ‘in play’ for the Blue Jackets to trade are forward Scott Hartnell and defenseman Fedor Tyutin.

Hartnell, a highly-regarded clubhouse leader, has been since he was traded to the Blue Jackets two seasons ago for RJ Umberger, one of the Blue Jackets leading scorers over that time period. However, given his remaining $12.5 million contract through the 2019-20 season when he will be 36 years old as well as their need to build for the future, the Blue Jackets are in a position to trade the veteran forward. One potential issue is Hartnell’s No Trade Clause (NTC) as there are teams for which Hartnell has specified he will not be traded to. Hopefully, for the Blue Jackets, the Nashville Predators, who drafted Hartnell as its 1st pick (6th overall) in the 2000 NHL Entry draft, are not one of those teams that he’s not interested in being traded to. The player who has been equally rumored to be arriving in return for Hartnell is forward Colin Wilson, the 8th overall pick in the 2008 NHL Entry draft and who is seven years Hartnell’s junior and carries an overall salary cap hit of $3.9 million. Wilson, who has struggled this season for the Preds, appears to be a ‘change of scenery’ type of guy and is capable of scoring 40 points in a season as he did in the 2014-15 regular season.

As for Tyutin, since being traded from the New York Rangers in the summer of 2008, has been the Blue Jackets most steady defenseman over the past 8 seasons; however, although he’s played better as of late, his performance has dwindled during the past few seasons and, like Hartnell, Tyutin carries a hefty $4.5 million annual salary. Tyutin was rumored to have been desired by the Ottawa Senators; however, upon obtaining defenseman Dion Phaneuf in a recent trade, the Sens are no longer in the picture as to a potential trade. A team with a rumored interest in Tyutin is the Detroit Red Wings who could use a veteran defenseman like Tyutin for a playoff push as the Red Wings are in their usual perch of going the Stanley Cup playoffs. A player rumored to go to the Blue Jackets in return is Red Wings defenseman Jakub Kindl who carries a very cap-friendly hit of $1.45 million through the end of next season but has been recently demoted to the Red Wings American Hockey League (AHL) affiliate, the Grand Rapids Griffins.

One possible impingement is the recent injury suffered by fellow Blue Jackets defenseman Jack Johnson who has also been the subject of trade rumors. Trading away Tyutin with Johnson injured might put the Blue Jackets in a position to hold onto Tyutin, as Johnson is out indefinitely with an upper body injury.

Other players who might be ‘in play’ are forwards Gregory Campbell and Kerby Rychel as oft-rumored forward Cam Atkinson, although Atkinson appears to be a favorite of head coach John Tortorella.

No matter the variables involved with injuries and current winning surges, the Blue Jackets, as John Davidson has recently stated, are in the midst of a build and need to continue their ‘Brick by Brick’ path to ensure that they build a sustainable team, one capable of hoisting Lord Stanley’s Cup, not merely qualifying occasionally for the playoffs.

So, expect the ever-aggressive Kekalainen to be active between now at 3 P.M. on Monday.