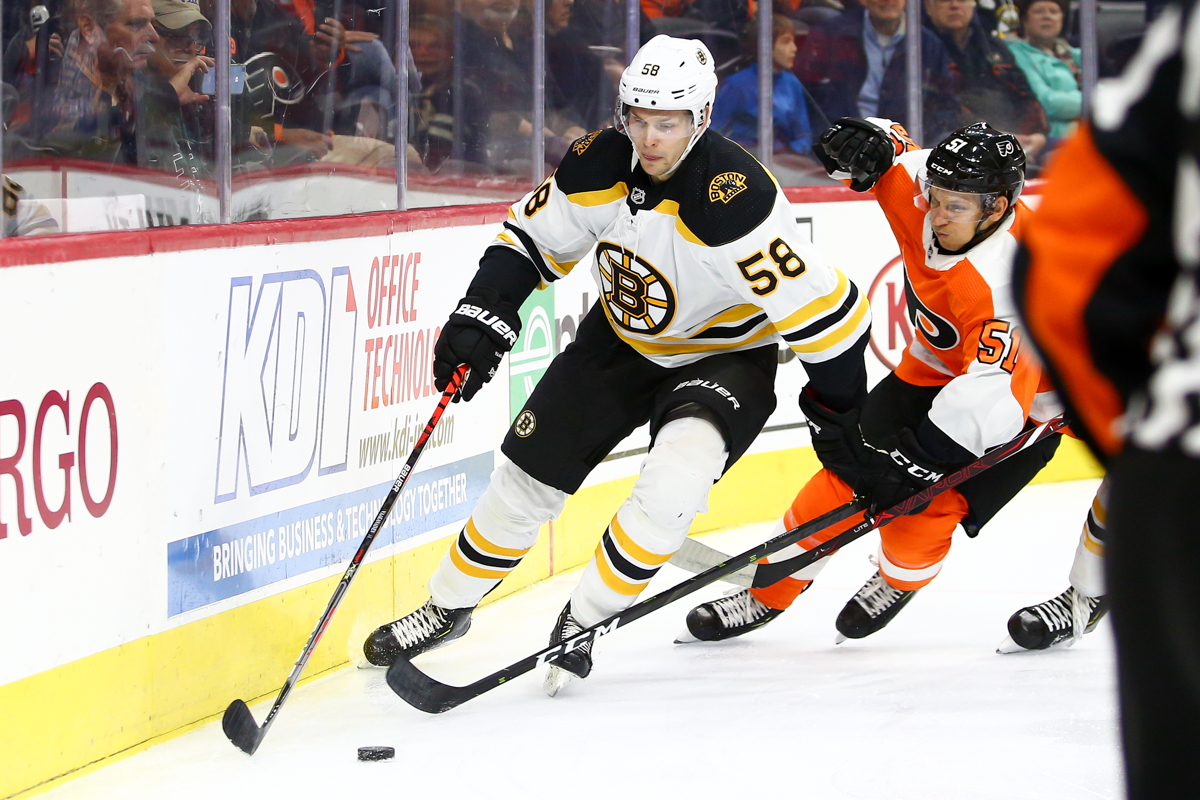 What Should The Bruins Do With Urho Vaakanainen?

What a strange year it has been for everyone in the National Hockey League. For the folks within the Boston Bruins organization, that statement could not be any more appropriate when it comes to Urho Vaakanainen.

Several weeks ago, it was reported that the 21-year-old defenseman was loaned overseas to SaiPa in Finland’s top hockey league. Something like this is certainly not unprecedented, but this bit of news was quite surprising with everything going on in the world. At the same time, this could be a blessing in disguise.

The 6’1”, left-shot blue liner was a highly-touted prospect back in 2017 when he was drafted 18th overall by the Bruins. He has the size and physicality to be a stay-at-home defender, but he also possesses the quickness and the often overused “Hockey IQ” in his repertoire. Despite the credentials, Vaakanainen has played in just two games with Boston in 2018-19 and five last season where he averaged nearly 17 minutes a night. Vaakanainen has spent the majority of his professional career with the Providence Bruins, where he posted five goals and nine assists in 54 games last year.

The time he spends overseas could help him rekindle the development process and to ensure that his opportunity at being a top-six defenseman with the Black and Gold has not been hindered. Vaakanainen is expected to return to Boston when training camps open around the NHL.

In addition, the youngster has been mentioned in several trade rumors this summer.

The Bruins certainly have several key spots up for grabs on the back end—particularly on the left side—following the departure of Torey Krug to the St. Louis Blues in free agency, while Zdeno Chara has not yet re-signed with the team.

Boston is a team with win-now aspirations, so does that mean that the Bruins should consider trading Vaakanainen for a veteran defenseman while the window is still open? Maybe the B’s already tried to execute said trade?

What it really comes down to is whether the organization truly sees this particular team as a championship contender. If the Bruins feel that even if they make a move involving one of their top prospects and they are still not on the cusp, then making a move of that significance does not make much sense. However, time is ticking for Vaakanainen to take that leap and prove that he can be a top-six option for the Bruins.

No matter what the decision is, this is the year to decide which route to go when it comes to this team and this player.