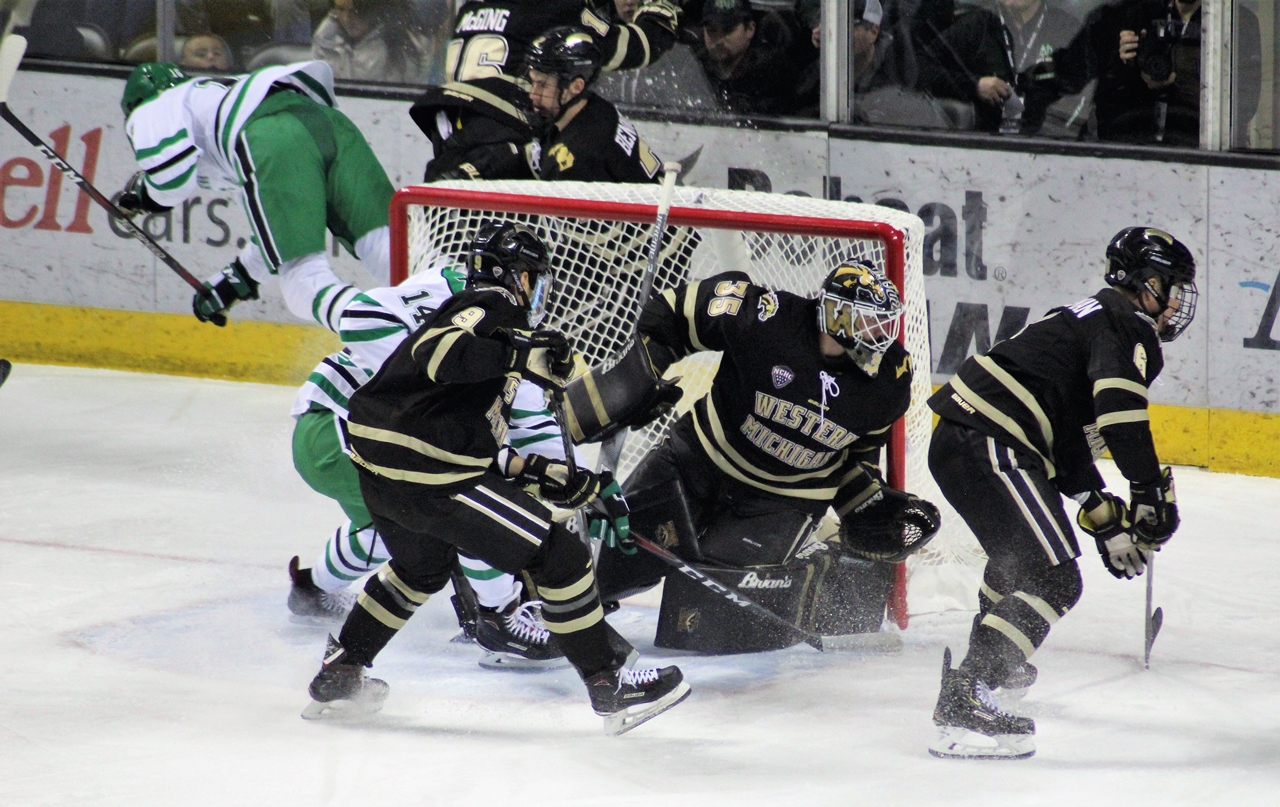 On Saturday night, the University of North Dakota men’s hockey team suffered a humiliating defeat at the hands of Western Michigan. When it was all said and done, the Fighting Hawks were on the wrong side of a 6-2 pasting. By the middle of the second period, the hometown fans were already filing out of the arena.

Things started out pretty good for UND. Freshman forward Jasper Weatherby scored the game’s first goal, but that celebration was short-lived. After that, it was all downhill for UND. In the second period the Broncos took over. They came at UND in waves. They systematically dismantled the Fighting Hawks. The Broncos scored three goals in the second period and two in the third period. Which each goal, the Hawks became more frustrated. The Broncos took the Hawks the woodshed.

First, there’s no need to panic, just yet. This isn’t the end of the road. It’s only November, and this loss could serve as a learning tool moving forward. While there’s no such thing as a good loss, head coach Brad Berry should have his team’s attention now. It will not be all fun and games in practice this week.

“We’ve got to get back to work on Monday, senior forward Rhett Garnder said. “We’ve got to realize that’s unacceptable and it’s embarrassing. We’ve got to learn from it.”

For the most part, this team has bought in and done things the right way. Yes, they’re challenged offensively, but if they play strong defensively, they should be able to gut out wins, but they must remain focused.

Poolman continued, “I’m pretty embarrassed to be sitting here after that kind of game and that kind of series. That’s not Sioux hockey. That’s not what we do as a family, but we’ll call a spade a spade when we put performances like that. We’re embarrassed. That’s not good enough for the caliber of program we should be.”

Sometimes you have to give credit where credit is due.

“Tip your hat, that’s a good team over there,” coach Berry said. “We didn’t play as a team. We had guys doing things that we don’t usually do. The first 10 games, our play away from the puck has been impeccable, giving up less than 10 scoring chances a game. Tonight, it seemed like everyone was on a different page, and that resulted in what you saw.”

There’s no time like the present, UND will try to break a three game losing streak when they take on the Alaska Anchorage Seawolves in a two-game non-conference tilt.