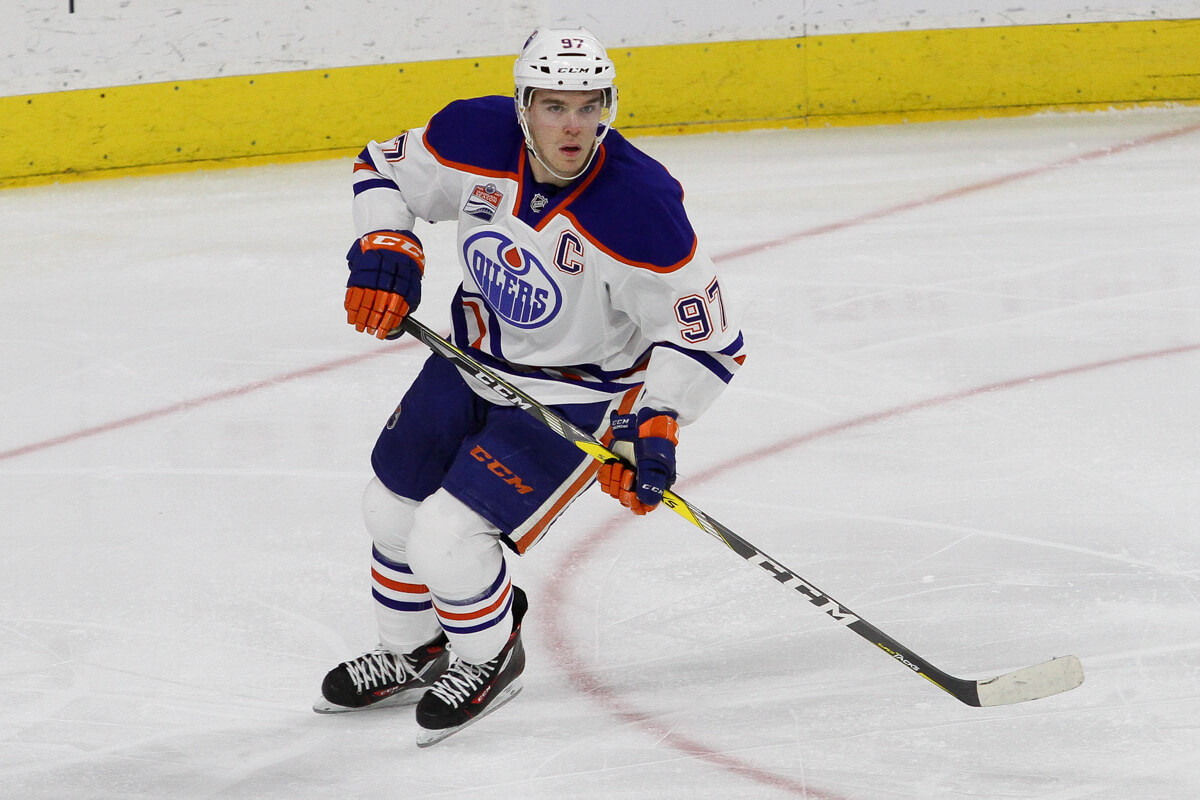 We Have Adversity Now

Could Edmonton’s supporting cast come up as big as they had in game one of the series with Anaheim? This was one question that needed answering on Friday night.

No. But they wouldn’t need to, because as Todd McLellan said afterwards, “Every night you need a hero, and this night you can say the one with the big pads was our hero.” In other words, it was Cam Talbot who would come up big and allow the Edmonton team to take a 2-0 series lead.

They did it by opening a lead at just past the one-minute mark. Sekera got that one off a rush down the left side. He fired from a distance, and John Gibson let it get past him. It wasn’t a groaner by any means, but after the game, the press weren’t afraid to ask him whether he wanted the chance back.

He has of late turned from stoic to somewhat willing to answer questions, but not this one. “It just went in the net.” The question was repeated. “It happens, right?” was the response. That pretty much ended it.

Gibson added some comments about Talbot and how the team needs to work hard, and then he stopped. “We played well. They got a couple of bounces, we hit some posts, and that’s the way it is. We get a couple of bounces and maybe it goes the other way. You’ve got to win four games.”

Yes, you do, Anaheim. The question is, how are you going to do that? Gibson had also said, “If you’re gonna play a long time, you’re going to have adversity, and we have it now. If we want to get the job done, we have a job to get done.”

The Ducks’ apology for their play came in the form of Ryan Getzlaf, who was calm and cool in his post-game comments. “That’s playoff hockey. Bounces go your way, bounces don’t go your way, so just keep working. Keep doing the things that you’re doing well. I think we fired nearly 40 shots at the net tonight.” Actually it was precisely that many.

Problem was, Talbot was all eyes, and Velcro on the body. Every puck hit him, even one that bonked off his face in period three, leading to a thought: is this concussion-protocol worthy? Apparently the shot was strong enough to dislodge his mask, leading to a stop in play, but not hard enough to invoke the need for the quiet room. He stayed in the game.

“We weren’t the same team as we were in the first game, but they weren’t either. They pushed us hard and did a lot of good things tonight,” the coach of Edmonton commented after his team had wo it. Then he paused. “We know moving forward, we have to be a lot better. . . . But with all that said, the goaltender stood on his head. Based on all my years of watching, often your goaltender ends up being one of your top two or three players, and Talb[ot] was the one tonight.”

The Ducks, in truth, couldn’t have done much more than they did. The one thing you might fault them for was their lack of presence in front of the net, something that Jacob Silfverberg mentioned as he explained the loss: “We just have to keep doing what we’re doing . . . . It’s the last piece that’s missing, and it’s correctable. We’ve just got to make sure we get more bodies in front. We’re taking a lot of shots, but he’s a good goalie, and we’ve got to make sure to push him back in the net and get in front of him. Stay the course, go a little bit harder to the net, and make sure to get some bodies in front.”

That’s the plan, and they have almost no time to practice it, given that the next game is Sunday in Edmonton. But should that work in their favor (and even if it doesn’t), then they’ve got an extra day to game four, which will be next Wednesday. The team is getting out of the hothouse that is Edmonton right now on the Monday and Tuesday of the gap between games. They’ll be in Kelowna, BC. Carlyle didn’t specifically cite the pressures of Edmonton, where you can believe every street corner will be resplendent with reminders of hockey, but that’s what he meant, clearly, when he explained the planned furlough.

Aside from correcting their own deficiency (if you take Silfverberg’s word as law), one other major thing to note is that in game two, though he didn’t record any points, (the first goal was unassisted; the second by Maroon with Eberle and Nugent-Hopkins getting the assists) McDavid was much more visible. The Ducks will have to see to it that he is contained. Never more true was this than on the third shot of the game (and the only three in period one). McDavid flew down the left side and fired a wrist shot that could have put the game almost out of reach early. Gibson snagged it in the glove.

Other times, too, McDavid found himself enjoying open ice, and in general, from my point of view, there was much less of a blanket over him than in game one. That he didn’t explode with a big night may be just a matter of timing. Or time.

The Ducks, note, were without Vatanan on defense, again, though he had skated the warmup. They were missing Bieksa also, injured early in game one of the series. And they scratched Nick Ritchie last minute with flu-like symptoms. (Why don’t hockey players ever get the maladies their symptoms suggest, I’m wondering—does Karlsson of Ottawa have “fracture-like symptoms” in his heel?). In on D was Korbinian Holzer, and he was steady, but three players of this caliber being out isn’t what any team wants to see.

The loss of Ritchie meant that Rakell had to move up from line three to line one with Getzlaf and Eaves. Line three thus was Perry with Nate Thompson (as it had been) and Logan Shaw, who is hardly an offensive powerhouse. Perry did play some shifts with Getzlaf in period three, when the team was throwing everything they had at gaining a tie. Shaw, by the way, was up from line four (Vermette and Wagner), and in his place there was Jared Boll, making that line a true enforcing group.

That was kind of a waste, with Boll getting 4:05 and Wagner 7:01. Only Vermette got decent icetime of the trio, and that because he is so often used on faceoffs. Get this: the guy won 68% of his draws, seven out of 22. That’s pure insanity. Look at the top ten guys in the league this season, and cut out those with a few dozen draws (most of the top ones), and Vermette is a mile past anyone else with a healthy number of hundreds of draws. And come on—more than two-thirds winning percentage? Nuts. But good to have.

The Ducks goal, by the way, came with about five minutes to go in period two. It was on the PP, Silfverberg with assists from Fowler and Kesler.

Time went on and neither team scored again, but the last few minutes of the game for John Gibson were spent in a yo-yo from the crease towards the bench and back again. He finally got there with about 47 seconds remaining, watching while the Ducks desperately tried to tie the game. No luck.

The Ducks, as was said, got 40 shots, and the Oilers 23. They had 3-9-11 shots cumulatively through the periods. The Ducks were steady at 12-12-16, but in period three, they rang a couple off of posts. One beat Talbot under a leg and rolled quickly back to pipe. It seemed initially that it had gone in, but it was quickly waved off. Replays were plain that it hadn’t gone where the Ducks wanted it to.

Oh well. The Ducks were way better on faceoffs, at 64%. They outhit the Oilers 32-25. They had way more chances at the net when blocks and missed shots are added to those that got to the goalie. The puck just didn’t go in, despite much more pressure coming from Anaheim than in game one.

What do the Ducks have to do? Hope to contain McDavid in Edmonton, which is going to be very hard for two reasons: he seems to have found some seams to use to avoid Kesler, and his coach will be able to line-match the player away from his chief tormenter.

I was guest host on the Puck Podcast this week. Download at ITunes.

I’m on twitter @growinguphockey. Send me a message to let me know you’re reading. Any short missive will do.