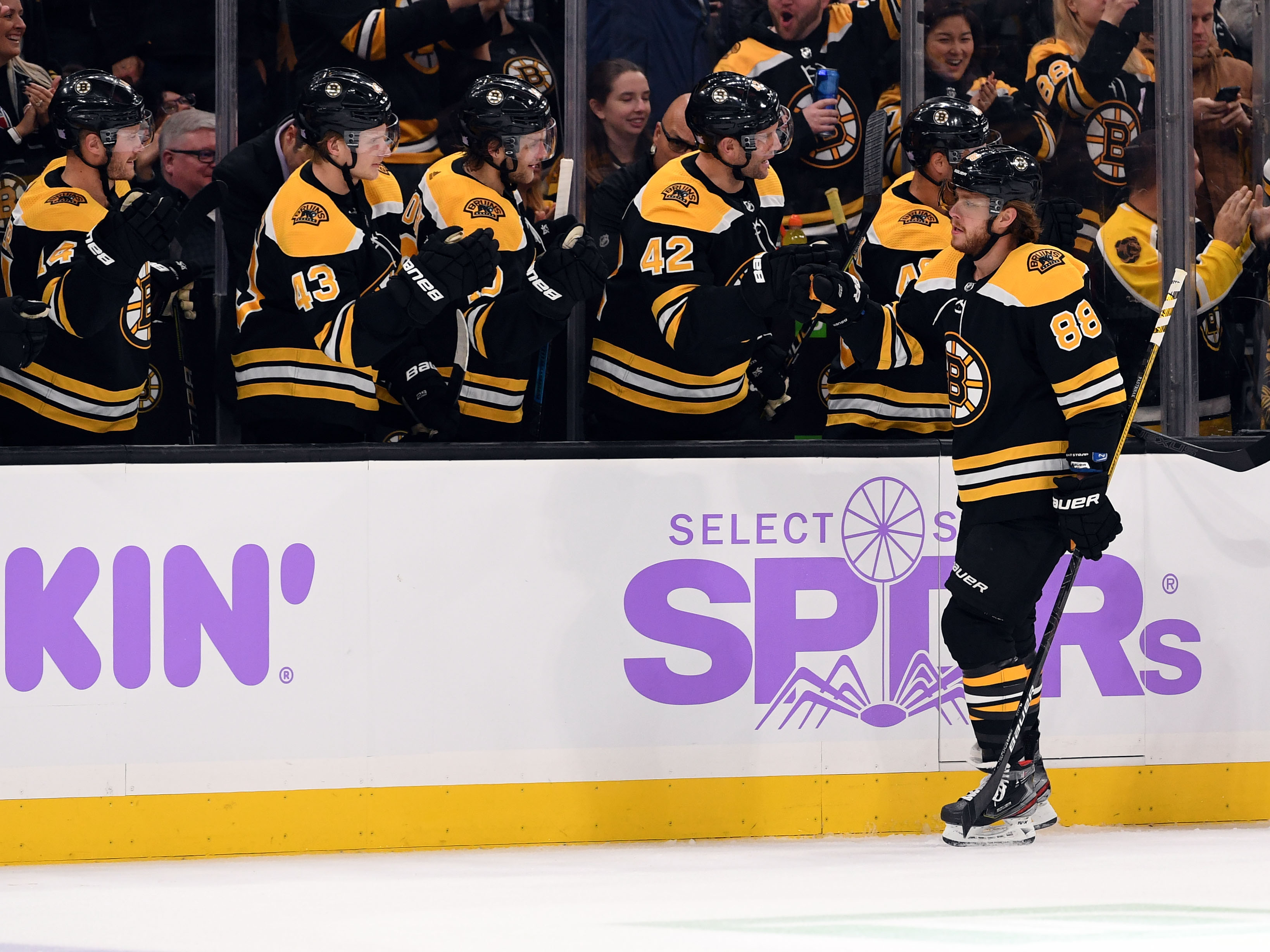 We Are Witnessing Something Historic

Arguably, that is the most overused and (quite frankly) annoying chants in all of sports. Sure, the fan support can be encouraging and the sound of those three letters resonating from the floor all the way to the rafters can be fun.

However, sometimes the fans get a little bit over their heads. The “MVP” chant can be heard at times when a player does not deserve it. The rowdy crowds get lost in the heat of the moment for someone who just so happens to have a one-off; a performance within a single game that exceed expectations.

This is not one of those cases.

A player who is worthy of a professional sports league’s Most Valuable Player award demonstrates consistency and dominating performances all throughout the season. The stats are there to back up the player and it could be argued that his respective team would not be thriving in success without him.

This is one of those cases.

David Pastrnak is the National Hockey League Most Valuable Player…as of now. Bold prediction: Pastrnak will walk away with the Hart Memorial Trophy this summer.

The Boston Bruins never really had a reputation of building around just one star player. In fact, the Bruins have developed a “team-first” mentality over the course of the last 20 years or so. When Pastrnak was drafted 25th overall in the 2014 NHL entry draft, that further cemented the mindset for Boston by adding a nice piece to fit in with its core group of players.

To be fair, Pastrnak cannot take full credit for his blossoming into one of the best hockey players in the world. Bruins head coach Bruce Cassidy had worked with the Czech Republic native during their days in Providence. Cassidy has always been known as a coach who takes pride in developing young players.

Also, being paired with Patrice Bergeron and Brad Marchand over the course of the last couple seasons has done wonders for Pastrnak. Not only has he been able to rack up the goals, but he has also learned how to play responsible hockey. He is no longer a defensive liability; the defensive part of his game is just as strong.

The Marchand-Bergeron-Pastrnak line is one of the top lines in the NHL. All three players collectively play so well together and they are each responsible for the success of the team.

With that being said, Pastrnak has taken his level of play into the stratosphere. What is incredible is that it does not seem to matter the opponent for the Bruins on any giving night. Regardless of the defense, the goaltender, or the team as a whole, the opposition cannot seem to figure No.88 out. He has yet to be stymied. He has yet to be stopped.

Through the first 15 games, Pastrnak has recorded 15 goals and 15 assists for 30 points. He currently leads the league in both goals and points. He is on pace to score 82 goals and post 164 points.

Pastrnak has a legitimate chance to walk away with Hart Trophy honors at the end of this season. The last time a member of the Bruins claimed the award was Joe Thornton back in 2005-06. However, Thornton spent only a couple of months in Boston that season before being traded to the San Jose Sharks on November 30, 2005.

The last time a Bruin won the Hart Trophy after spending a full season with the team? Phil Esposito back in 1973-74.

It will be just a matter of time before the Black and Gold faithful begin serenading Pastrnak with the chant every player wants to hear, and this is one of those times where it is absolutely warranted.