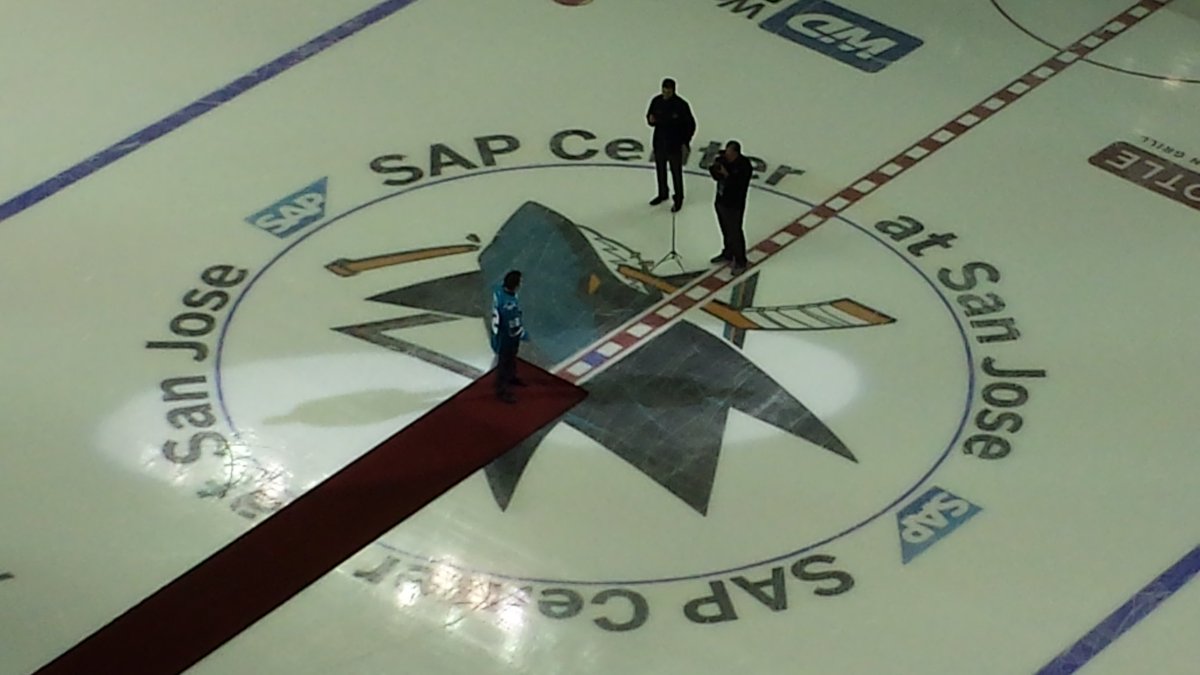 Marc Edouard-Vlasic scored on a breakaway just 1:24 into overtime to give the San Jose Sharks a 2-1 victory over the Anaheim Ducks at SAP Center on Tuesday.

After a discouraging road trip through the Eastern Conference, the Sharks returned home for a brief three-game homestand. A sellout crowd of 17,562 fans attended Dan Boyle appreciation night.

The Sharks went on their first power play of the night just 1:52 into the opening period.

Second time was the charm as the Sharks capitalized on the man advantage. Joe Pavelski chipped a loose puck past Bernier for his third goal of the season.

The Ducks challenged the play, but the referees said it was a good goal. The Sharks took a 1-0 lead at 7:58.

Bernier made a great stop to prevent a potential Sharks goal from Chris Tierney.

Chris Wagner grabbed a deflected puck from in front and stuffed it in the five-hole on Jones to tie the contest 1-1 with 2:11 left in the second.

The Sharks controlled most of the second period, outshooting the Ducks, 26-14, but the contest was tied 1-1 after 40 minutes.

Chris Wagner fired a blast shot from the left circle, but Jones made an incredible save ri prevent the puck from entering the net.

The contest remained in a 1-1 deadlock after 60 minutes, which led to overtime.

Vlasic scored on the breakaway at 1:24 of overtime to lift the Sharks to a 2-1 victory over the Ducks.

Martin Jones made 19 saves for the Sharks. Jonathan Bernier made 10 saves for the Ducks before leaving the game with an upper-body injury. He was replaced by John Gibson, who finished with 24 saves.

“We kind of just got one there at the end of the second,” captain Joe Pavelski said, drawing laughter from the media. “We need to be a little better there, but we got the win.”

“We were pretty good,” DeBoer said. “I thought we were better at the faceoffs. . .but I think we need to have more of a shot mentality on the power play.”

Up Next
The Sharks return to action Thursday night when they host the Columbus Blue Jackets at SAP Center. Game time at 7:30 p.m. PST.