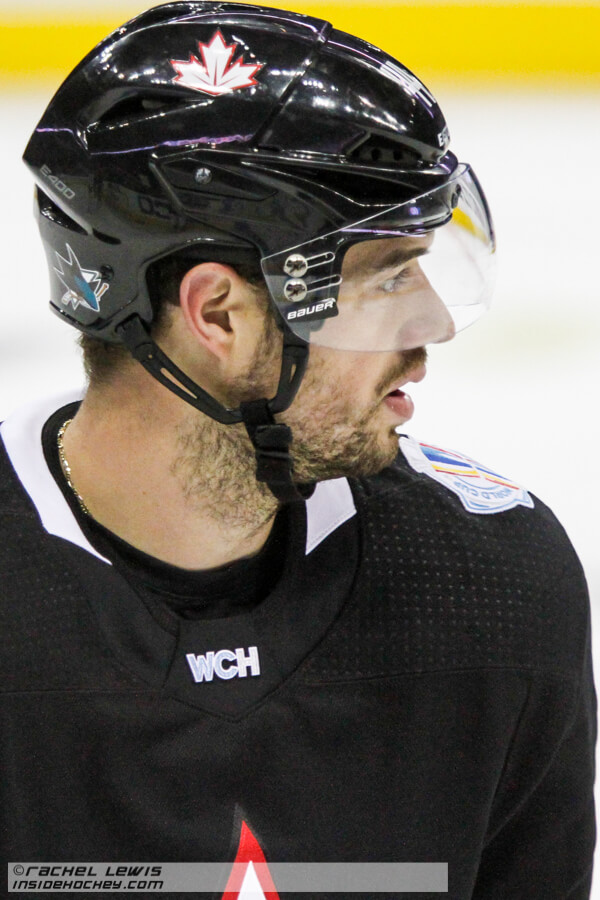 Vlasic is the Ideal Shutdown Defenseman

Vlasic, better known by his nickname Pickles, is a Canadian defenseman. The 29-year-old draws a lot of attention from fans because he handles the puck efficiently, shuts down opposing skaters and plays a physical game. He’s a guy that focuses on not making mistakes in his own zone.

According to NHL.com staff writer Tim Campbell, Team Canada coach Mike Babcock had some nice things to say about Vlasic during the World Cup of Hockey 2016.

“Pickles (Vlasic) has elite hockey sense. He’s a human eraser, doesn’t make any mistakes, more attractive to the coaches than to the media or to probably scouts even, for that matter. Just a really good player who knows how to play.”

In 14 games with the Sharks thus far, Vlasic has scored two goals and five points and has a minus-two plus/minus rating.

Vlasic is off to a slow but steady start this season, as he tries to live up to the five-year, $21,250,000 contract extension he signed in July 2012. He plays with Justin Braun on the team’s second defensive pairing. Braun has no points in 14 games with the Sharks.

However, Vlasic and Braun played 11 minutes of 5-on-5 hockey against Alex Ovechkin and his linemates, Nicklas Backstrom and T.J. Oshie. They destroyed the Capitals’ top line, registering a Corsi rating of 62.5 percent.

Both Vlasic and Braun are proven veterans with resumes that say they can overcome slow starts and produce from the blue line to contribute to the defense.

Vlasic is the ideal shutdown defenseman.

“When people wake up on the East Coast and they watch highlights he might not be on there for a good stick, a blocked shot or shutting guys down all night,” Braun told The Canadian Press. “They just show goals and saves. So I think that gets overlooked.”

“He’d probably be known as one of the best shutdown D-men in the league (if he played in a major market), more than he already is.”

Vlasic scored his second goal of the season of the year Tuesday night against Washington. The Sharks are hoping this is the start of something for the left defenseman.

“Real commitment to defend by everybody, great goaltending when we needed it, and some timely goals,” Sharks coach Peter DeBoer told San Jose Mercury News’ Curtis Pashelka. “We’re killing (penalties) with a lot of confidence right now and want to keep that up.”

Vlasic is already taking a step in the right direction by continuing to focus on his abilities.

“With me that’s fine, I’m doing my own thing,” Vlasic told the media after the game. “I get recognized by coaching staffs, players that I play with and against.”

The Sharks just need to avoid the trap of thinking they can flip a switch and play their game anything they need to in order to win the games.