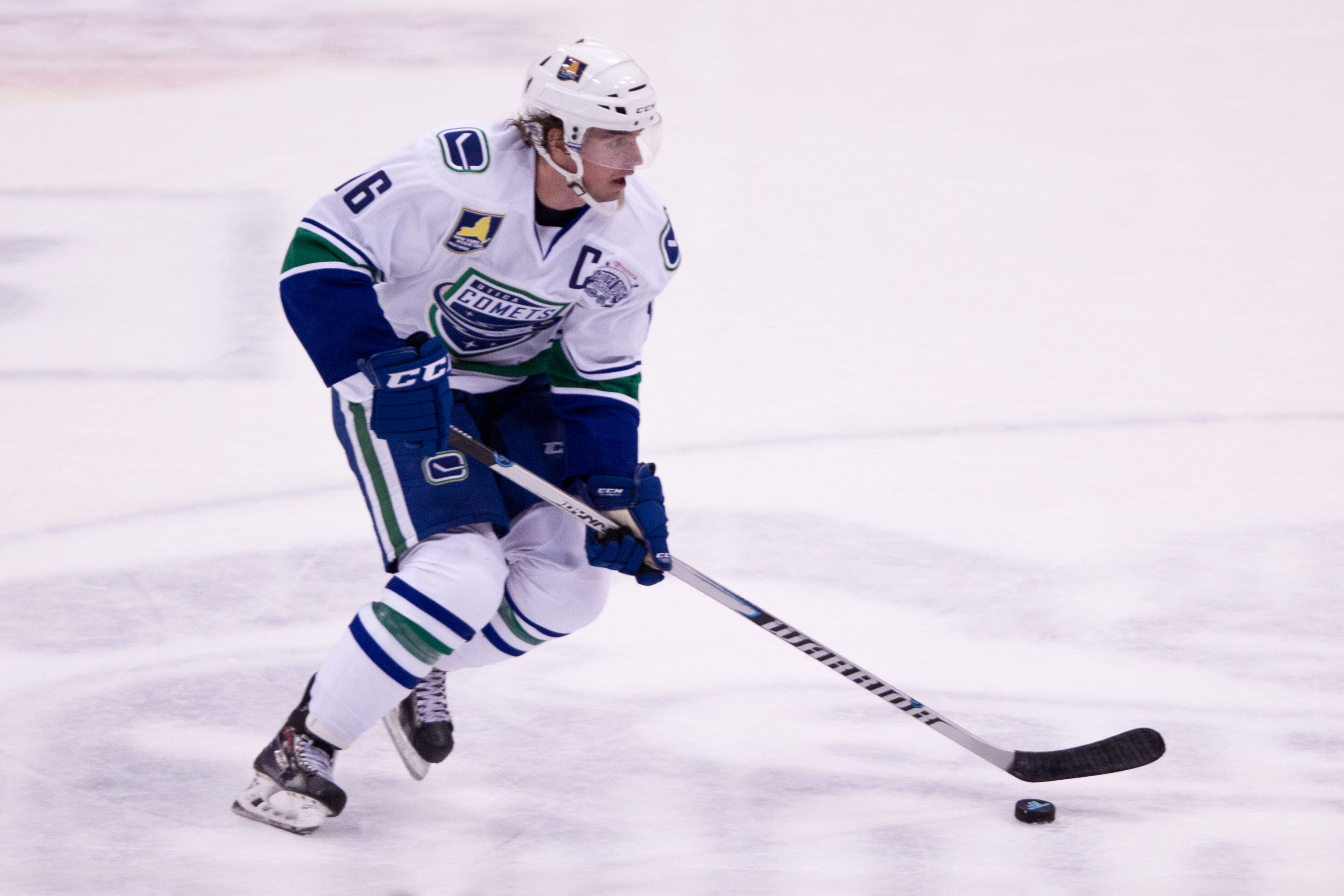 SYRACUSE, NY – What a game last night at the War Memorial. 11 goals between the Hartford Wolfpack and the Syracuse Crunch highlighted the 6-5 Syracuse win. The home team scored five unanswered in the first period alone and found the back of the net once in the third to give them enough breathing room to win their second game in a row. The Crunch has seen an explosion of offense over the past two wins over Hershey and Hartford with 10 goals in two games.

First of all, the passing has been on point for the Crunch over the past two games. Accuracy is critical on the power play, which is why Syracuse has struggled to find twine in the man up situations so far this season. But, the team’s offense was clicking last night, the passes were hitting the tape, and the team’s increased play in front of the net led to the early onslaught against the Wolfpack. It also landed them two power play goals in the first period.

Facilitating most of the play was Vladislav Namestinikov who got the start at center in his first game down from the big club. Namestinikov played well for the Lightning and has a very high hockey IQ. Last night he showed why he is only just a phone call from playing his 24th game of the season for Tampa Bay this year. In 23 games in the NHL in 2014, he had three goals and seven points. The Crunch center took the AHL by storm once again and showed that he has a great idea of where his teammates are out on the ice.

Namestnikov heavily influenced the team’s pass accuracy and was the on the ice and responsible for half of the Syracuse goals. His cuts to the net were seamless and he fought hard in front of the goal, which worked to his advantage. The native of Zhukocskiy, Russia had a goal in front of the net and two assists to his teammates in his first game back in a Crunch uniform since last year. Namestnikov has a really long reach for a guy at 5’11” but still has the quickness of a smaller guy out there, which makes him dangerous inside against opponents.

Namestnikov even helped the Crunch get their power play back on track against the Wolfpack. His passes were methodical and often led to good things. The first goal of the game was a testament to his gift. Heading across the blue line, Namestnikov hit Marchessault who had a clear lane to the goal and filled his lane perfectly all the way to the net and ultimately found twine on the rebound off the shot from Jonathan. That ultimately started the five goal onslaught.

However, despite the impact of Vladislav on offense, his defensive approach was lacking. But, after an early five goal lead the Crunch in general just seemed to get complacent out on the ice. Passes were getting intercepted at center ice, shots weren’t being taken and all of a sudden Hartford pulled themselves back into the game. Namestnikov ended with only a +1 rating on the ice by the end of the game.

But, that one goal for would prove to be the decisive one and again the center showed off his great positioning on the ice. He blasted a shot on a pretty good look from the point and Mike Angelidis capitalized on the juicy rebound. Vladislav has his number all over the game.

Going forward, Namestnikov will be a great addition for the Crunch and if you are a Syracuse/Tampa Bay fan, he should be exciting to watch going forward. His feel for the game is evident out there and it instills confidence in his teammates who are out there with him. It will be interesting which goal scorer will benefit from the reassignment of the Russian center to the AHL.