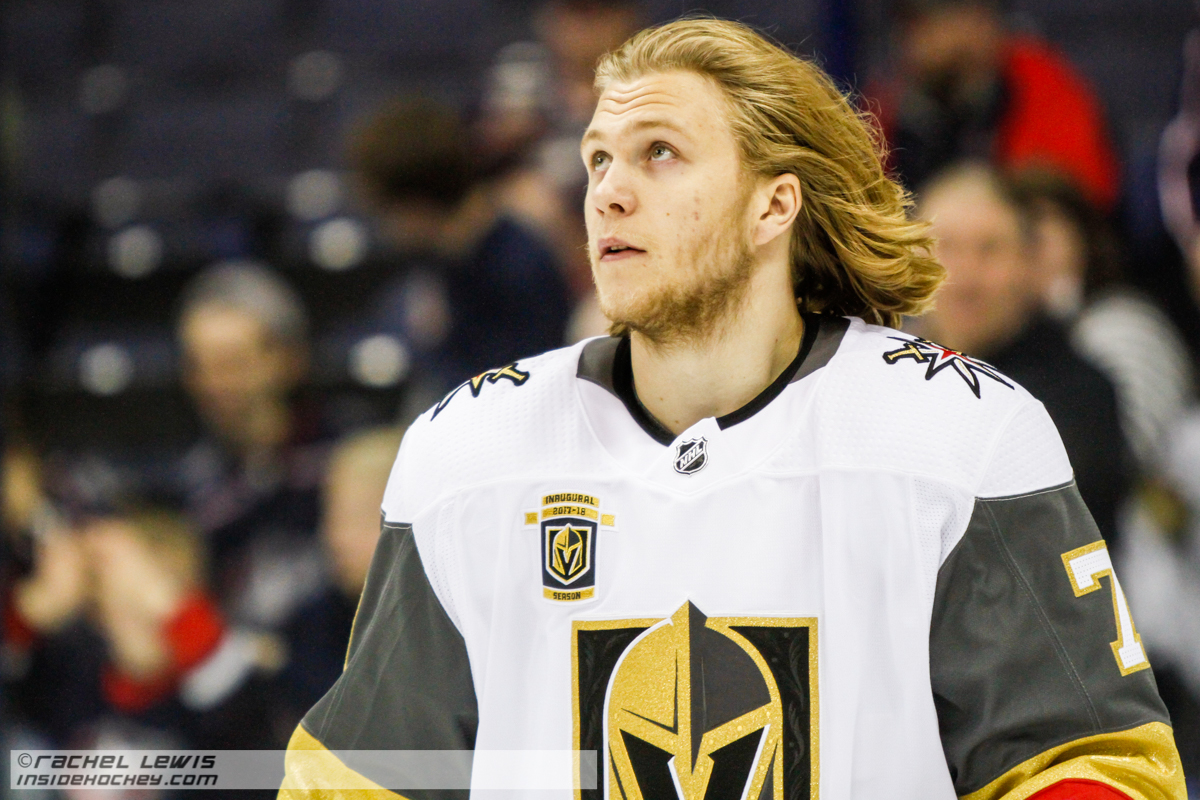 The LA Kings have been on a bit of a run of late. Coming into Friday night with Vegas in town, they had points in 13 of 17 games. They  beat St. Louis at home on Wednesday night, and came into the game sitting fifth in the division,  three points behind those same Blues. Vegas, meanwhile,  outpaces them by 11 points, and on the ice, in speed and transition.

The strategy would be to contain the Golden Knights as much as possible, obviously, by  denying them the  quick up. The neutral zone would be the key, with the Kings forwards pressing and trying to push Vegas back towards their net.

The Kings were strong early. Dustin Brown had a rush down the right side and put a puck off Robin Lehner’s toe on a tricky wrist shot from on the fly. That goalie, by the way, was in his second game after having been out for a long while with a concussion. Vegas had him on the bench as the spare keeper in his return, which was Wednesday versus San Jose.

The Golden Knights started to come on with 13 minutes left to go, and they got their first goal when Mark Stone one-touched a puck that he hustled to get behind the net. He put it out front to Pacioretty, who also one-touched it. It went up and over Quick’s head and hit the back of the net. The shots at the time were Vegas seven, LA three.

Nobody knew they got their second, scored again by Pacioretty, for several minutes. It was a shot that Quick got in his catching hand. Before play could resume, a fax came from Toronto (just kidding) and stopped play so that the situation room could look at things. Note that this was not a call to them—there was no goal call on the ice, and no challenge. But they intervened, and for several minutes, players skated around waiting. The video seemed only  moderately conclusive that the glove, when Quick caught the puck, was behind the goal line. Hence by logic, so was the puck, though that couldn’t be clearly seen. (In today’s iteration of the rules, it doesn’t have to be.) The goal was called good.

Deflating, perhaps, but response is everything. The Kings had seven minutes left in the period in which to show a regroup.

The Kings, by the way, were not featuring their usual lineup. One return to normalcy was that Dustin Brown was back in, but the team dressed 11 forwards, which meant that one line was just a pair. The first line was as expected, Iafallo with Brown and Kopitar. The second was shifted to be Vilardi with Kempe and Athanasiou. That line had been Vilardi with Athanasiou and Carter. The third was Trevor Moore and Jared Anderson-Dolan with Carl Grundstrom. That left a pair, Carter with Lizotte. They had at various times Kempe, Vilardi, and Moore as their  third member.

Both Austin Wagner and Matt Luff were scratched but had been in Wednesday. Taking up those two spots were Brown, as was said, and a seventh defenseman. Kurtis MacDermid was inserted late in the going prior to the game.

Back to game action, did the Kings regroup? At least as the first period was ending, yes. Doughty picked up his head near his goal line and fired a strike to left-shooting Kopitar, who picked the puck up on his backhand past center. He went down the boards, fired off Lehner’s leg appearing to want a rebound, and he got it. The puck went straight to Iafallo, who buried it. There were 18 seconds left.

The Kings continued to surge into the second period. They tied the game at 2-2 when the  Moore line got a goal on a redirection after passes from low to high across the blueline allowed a wrist shot that Moore got a stick on in the slot. Vegas would get their own, similar, goal with about five minutes left, by  Karlsson.

One bizarre second period occurrence was a recalled “too many men” call. There were clearly six Kings on the ice, and it was called, but after a long huddle in the referees’ crease, they called it back, explaining that players were exchanging and were five feet from the bench. That was incorrect, as two players were going off the ice on opposite ends of the bench, but only one of them was involved in an exchange. Simply put—needless recall. The commentators were as puzzled as I was, and the rule should be simple and not left up to judgement at ice level. Six players is, sorry, one too many.

So the period ended with Vegas ahead 3-2 and the shots a realistic 27-17 because the Golden Knights outshot the Kings 16-5 in period two.

Period three saw the Kings stay hard on the puck, but Vegas makes every battle endless, until they feel they’ve won it, and that’s what they did.  William Carrier contributed the  lone goal, making the game 4-2 as it wound down.

The Kings did some line shifting to get things going. I noted Carter out with Kopitar and Iafallo. Later it was Athanasiou with Carter and Kempe. There was also Vilardi with Lizotte and Athanasiou, and Lizotte-Athanasiou-Vilardi. None of it produced a goal, though there were some good looks with Iafallo and Kopitar getting one to the net and Carter and Athanasiou as well.

The end was Vegas 4-2, and with St. Louis winning also, that put the Kings behind fourth in the playoff race by five points with one game in hand. Vegas outshot LA 33-25. Former King Alec Martinez had two assists in his first time playing back in LA since being traded.

The teams meet again Sunday at 3pm, in Los Angeles once more.

Perhaps surprisingly, Michael Amadio was put on waivers gameday. He has been a scratch in four of the last seven games, and was once (2014) a third-round pick of LA. 90thoverall.  He had no goals and two assists in 20 games this year.

Brian Kennedy is a credentialed NHL media member and a member of the Professional Hockey Writers Association. He is reporting from his SoCal home during the pandemic using NHL- and team-provided materials and access.