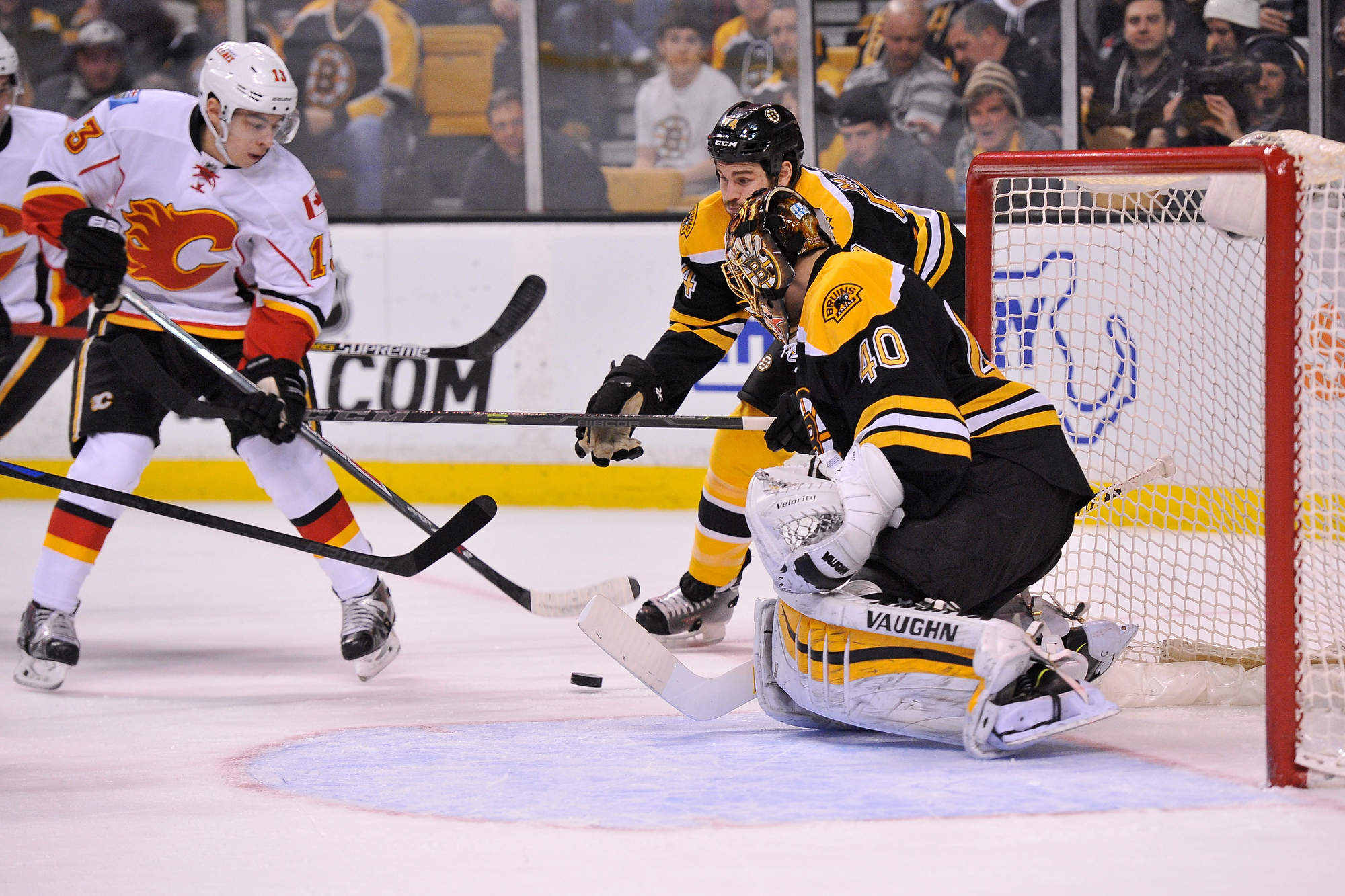 Updates from The Bruins’ Front

What serendipity it is that the National Hockey League playoffs are just as enjoyable without the Black and Gold being one of the 16 teams in the tournament. For seven straight seasons, the Boston Bruins were still playing hockey this time of year. Regardless, the Stanley Cup playoffs deliver the most entertaining two months in all of sports. Period.

Oh yeah, remember the above-mentioned home team that dawn the spoked “B” on its sweaters? Everyone involved with the team is still keeping busy down at the TD Garden. Here is a brief update on the latest rumblings on the B’s front:

The Bruins are moving into their second round of interviews for the organization’s vacant general manager’s job, according to a league source.

Among the finalists is Bruins assistant GM Don Sweeney, according to the same league source. It is clear that the Bruins want to take their time in the hiring process to replace Peter Chiarelli, who was dismissed by the team after the Bruins failed to reach the Stanley Cup playoffs for the first time since 2007.

Team president Cam Neely explained after Chiarelli was fired that the organization would conduct an “exhaustive” search for the next GM, both internally and externally. Neely also said the next GM would decide the fate of head coach Claude Julien.

Another possible candidate could be New York Rangers assistant GM Jeff Gorton, although the team is denying the Bruins permission to speak with him at this point in time. A one-time assistant GM with the Bruins before Chiarelli was hired, Gorton was famously known for pulling off some of the most prominent draft picks for the B’s in recent memory. Phil Kessel, Milan Lucic, and Brad Marchand were just a handful of the guys that he drafted, as well as playing a part in drafting Patrice Bergeron and David Krejci. He also officially signed Zdeno Chara and Marc Savard during the 2006-07 offseason.

With that epic track record, he would be an amazing candidate. However, Sweeney seems to be the front runner at this point in time…especially since he and Julien have been conducting a plethora of closed-doors meetings this past week.

In another piece of news, this time regarding the actual roster, one of the restricted free agents will indeed be playing for another team next season.

Niklas Svedberg has inked a one-year deal with the KHL’s Salavat Yulaev Ufa.

Svedberg made 18 appearances last season, but the B’s lost faith in him down the stretch. The goaltender only started five games after the calendar turned to 2015, and he was chased in two of them.

A Swedish-native, Svedberg played in the Swedish Elite League before the B’s signed him as an undrafted free agent in 2012. He spent the duration of two seasons in Providence before winning the job behind Tuukka Rask in 2014-15. Svedberg finished the season at 7-5-1, with a 2.33 GAA and a .918 save percentage.

Whether it is Malcolm Subban, Jeremy Smith, or someone outside the organization, the Bruins will have to find another man to back up Rask in the cage this coming year.

For those of you craving a brief Bruins fix, there you go. Player and personnel decisions will be made in the near future.