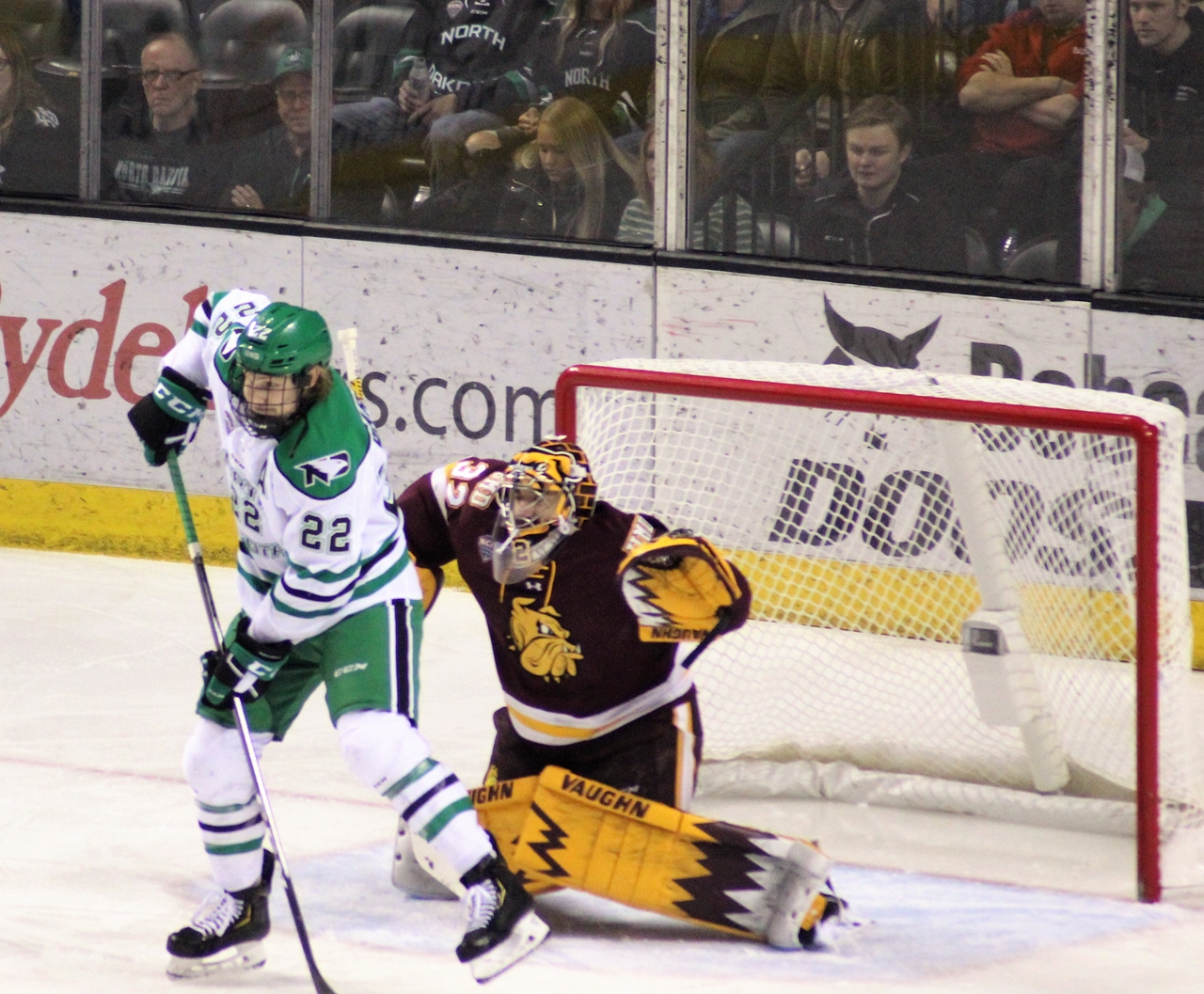 UMD and UND in Pictures, Game 4

Grand Forks, ND — The University of North Dakota hockey team split their weekend series with the third-ranked University of Minnesota-Duluth Bulldogs. After winning game one of the series, it was a different story on Saturday night. At times, UND played undisciplined hockey and was on the wrong end of two five-on-three man advantages. Both of these penalty kills resulted in power play goals against.

Next weekend, UND travels to Colorado Springs to take on the Colorado College Tigers in an important two-game tilt.