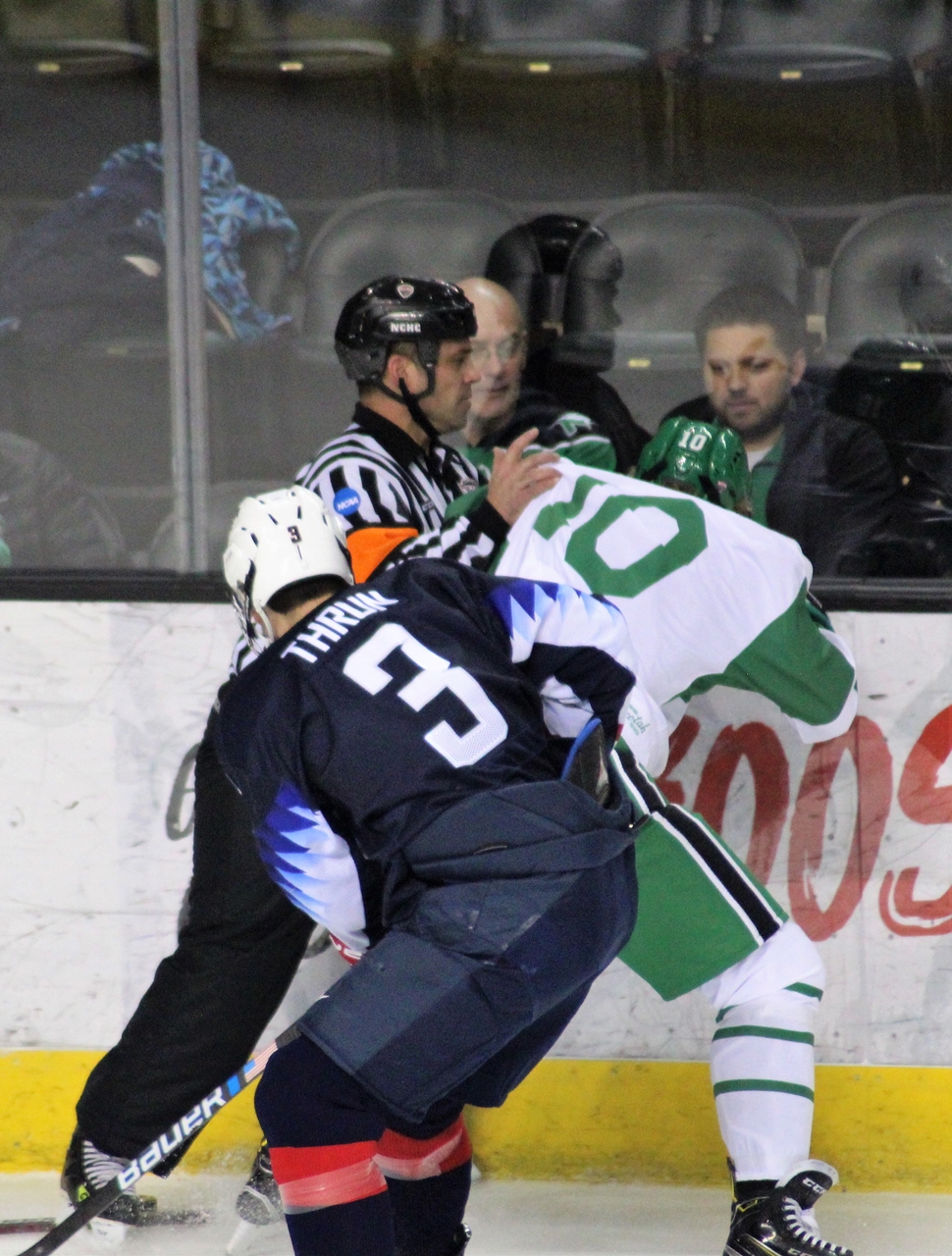 U-18 vs. North Dakota in Pictures

During the first half of the season, UND struggled on the power play. On Saturday night, UND went 2/5  on the man advantage.