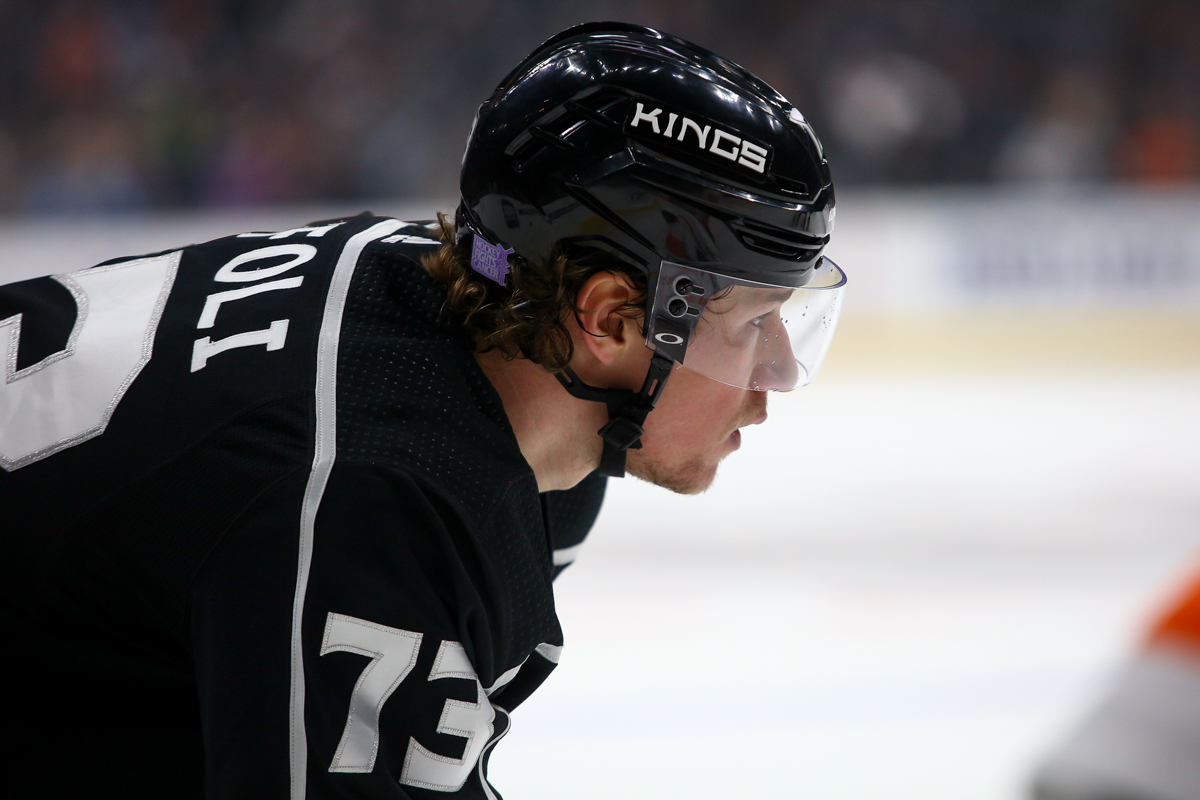 That is the date teams around the National Hockey League have circled on their calendars and will be forced to make a tough decision. That decision comes in the form of a one-worded answer to the following question: Buyers or sellers?

The Boston Bruins are no position to stand pat at this year’s trade deadline. They should be BIG buyers.

In order for Boston to be considered a legitimate Stanley Cup contender, it needs more scoring. This need predates the head-scratching finger injury to David Pastrnak, who just so happens to be the team’s leading scorer with 31 goals and 66 total points. Now the need for scoring has reached a desperate level.

Even when Pastrnak returns from that freak injury—probably the best way anyone can describe the situation—Boston would still like to have more balanced scoring throughout the lineup. The Bruins are right there battling with the Toronto Maple Leafs and Montreal Canadiens for second place in the Atlantic Division, so a big move can put them over the top.

The big talk has been surrounding Wayne Simmonds of the Philadelphia Flyers. He can bolster any Cup contender, including the Bruins. The 6’2”, 183 lbs. power forward has grit, strong leadership qualities and, most importantly, can score (16 goals for 2018-19 thus far).

The chatter around the city of Boston from fans and media alike is that Simmonds would make a great Bruin. Let’s be perfectly honest, what does that phrase even mean in today’s NHL?

Sure, dating back to the days of the “Merlot Line” and the “Big, Bad Bruins” really meant something. It is not necessarily fair to speak for everyone, but there was a period of time where folks did not want to tune out for a single shift because they were afraid of missing out on some old-fashioned hockey shenanigans (fights, donnybrooks, extra-curricular activity behind the play, etc.). Only then would that phrase have portrayed Simmonds in the right light and that would be an accurate assessment.

The game is changing…Correction, the game has already changed.

The real issue with the Bruins is in even-strength scoring, where they rank near the bottom of the league in five-on-five goals. With all of the above-mentioned details, Boston needs a player who has speed, can play responsibly in all three zones, and will contribute consistent scoring in a top-six role.

Tyler Toffoli of the Los Angeles Kings would check all of those boxes. He should be the guy that the Bruins target next week.

As the Kings are trying desperately to get through this season, most of that entire roster should be on the table. Toffoli, 26, has term left on his contract beyond this season, which should be very enticing for Bruins’ management. It is always a big risk paying out the nose for a rental player that will not pan out; just look at what happened with Rick Nash last season. It is hard to envision the Bruins making the same mistake twice.

Toffoli has a manageable $4.6 million cap hit for the next two seasons, which is palatable for Boston. He also is a right-shot forward who plays at his best as a right winger, which would create a solution as to who should play alongside David Krejci and Jake DeBrusk on the second line. Toffoli loves to shoot the puck and he can finish a play seemingly from anywhere in the offensive zone. In 57 games this season, Toffoli has posted 12 goals and 15 assists for 27 points, which ranks him fourth on the Kings. His point output would rank him fifth among all B’s forwards, as he would be right behind his potential linemate in Krejci who has 46 points.

From both a roster need standpoint and a salary cap standpoint, this move could work. Now comes the tricky part, which is offering Los Angeles an attractive package that would be able to seal the deal.

The Kings need to be looking for speed and youth, so they could ask for Ryan Donato as part of the package. Since Donato has had difficulties with consistency and Toffoli would come to Boston as a proven commodity, the Bruins should strongly consider including him in the deal. Also, the Bruins can offer a first-round pick and defensive prospect Jakub Zboril, a 2015 first-rounder who hasn’t been able to crack through Boston’s lineup yet, but could get a shot in Los Angeles.

All of the pieces that the Kings could want reside within the Bruins’ organization. This is an opportunity for the Black and Gold to become a threat in the playoffs and for the Kings to rebuild quickly. This is as close to a win-win situation that exists out there.

The message to Bruins’ general manager Don Sweeney should be clear: Go make this happen!