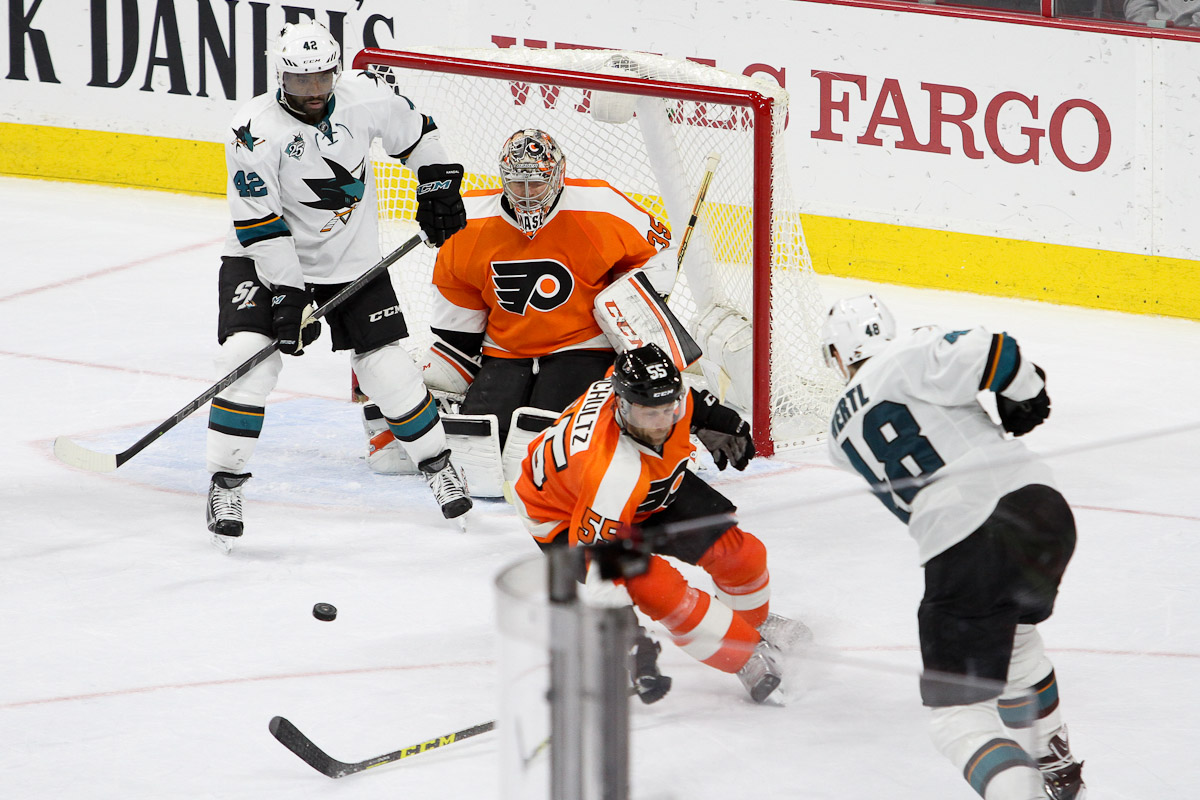 Tomas Hertl Continues to Improve Despite Move to Third Line

Sharks head coach Peter DeBoer was looking for more production and more consistency from his forwards. This was the main reason why Tomas Hertl was moved from first line winger to third line center.

As a result, Mikkel Boedker took Hertl’s place on the top line and Joel Ward took Boedker’s place on the second line. You might think that Hertl would have a hard time playing with Patrick Marleau and Melker Karlsson, but that wasn’t the case for the 22-year-old forward.

Hertl scored two goals to lead the Sharks past the Blue Jackets 3-1 at SAP Center on Thursday night. Evidently, this accomplishment wasn’t as epic as the four goals he scored in the Sharks’ 9-2 rout over the Rangers in his rookie year, but it’s still something to be proud of.

His first goal came on the power play. Hertl stood in front of Blue Jackets goalie Sergei Bobrovsky, cross checked defenseman Zach Werenski in the back, absorbed Marc-Edouard Vlasic’s shot from the point, collected the loose puck and shoveled the puck past Bobrovsky for a 2-0 Sharks lead at 12:05 of the third.

“Most of the time, all NHL goals I score come from in front of the net,” Hertl said. “Just using my body and try to screen Bobrovsky.”

Hertl scored his second goal into an empty net with 0.8 seconds left in the game, but it was clear that he was comfortable playing on the third line. That’s all that matters.

The second goal clinched a win for the Sharks who improved to 3-0-0 at home this season.

“Yeah, exciting night for us,” Hertl said of the second power-play unit. “Last game it was a little bit hard…Just keep shooting puck.”

DeBoer’s decision to move Hertl to the third line raised some eyebrows but the early results have been encouraging. In fact, the revised forward lines are a big reason for the Sharks recent success on the ice. Hertl has reasserted himself in his role as third line center and it shows.

Hertl played in the center position at camp, but returned to the left wing alongside Joe Thornton and Joe Pavelski. In the second half of the season, Hertl had 17 goals and 31 points in the final 43 games in that position after joining the line on Jan. 9.

Hertl is off to a good start. Now the Sharks and their special teams need to find a way to keep winning games.