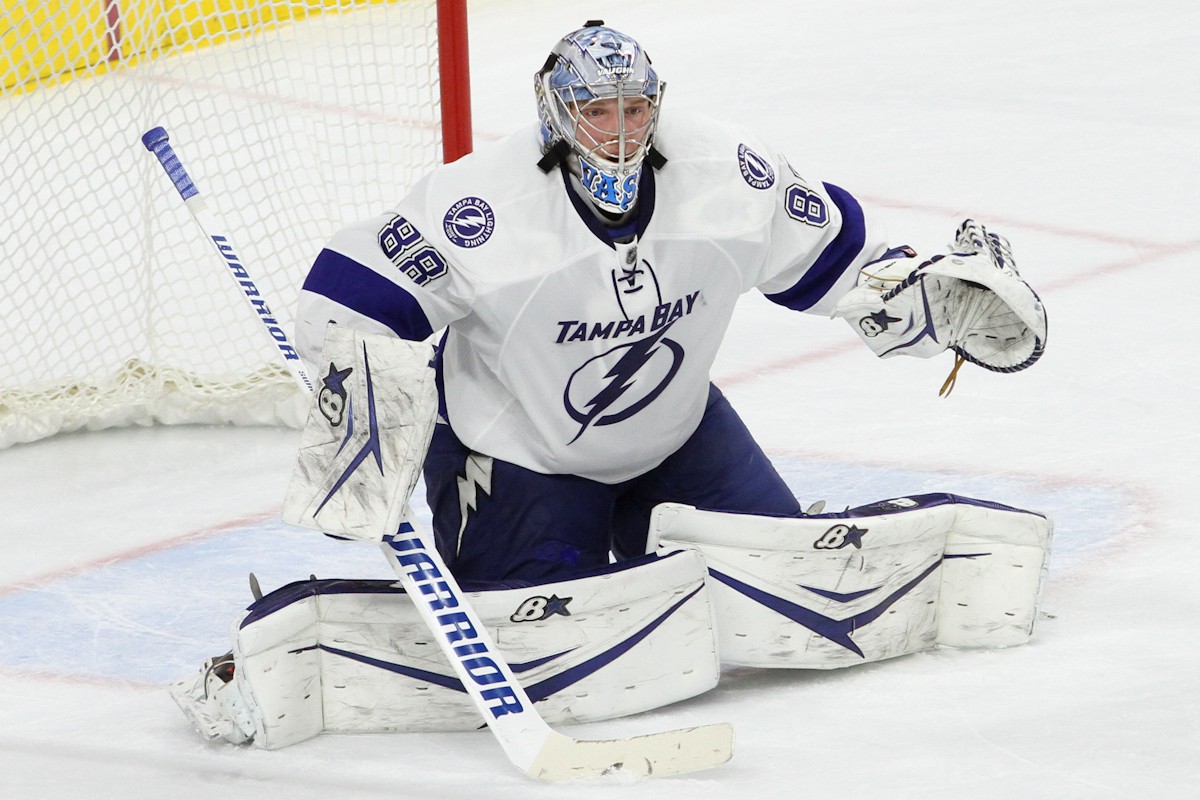 Good Morning Hockey Fans! For those predicting a quick end to the Stanley Cup Final, well, that’s not going to happen.  The Stanley Cup Final is going at least six games after the Chicago Blackhawks beat the Tampa Bay Lightning 2-1 in Chicago. Game five is on NBC Saturday at 8:00 PM EDT.

In Wednesday’s game, there were two emerging themes. Lightning goalie Ben Bishop was suffering from an unknown injury. Bishop attended the morning skate, but was unable to go. Bishop was scratched form the Lightning lineup and was sitting in the press box during last night’s game. Rookie goalie Andrei Vasilevskiy started in Bishop’s place and took the loss.  Vasilevskiy stopped 17-of-19 shots. Lightning head coach Jon Cooper expects Bishop to play again in the series.

The big story through the first three games of the Stanley Cup Final,   the Lightning’s ability to hold the Blackhawks dynamic duo off of the score sheets. After being held to a single assist in the first three games, forwards Jonathan Toews and Patrick Kane had a hand in both Blackhawk goals. Toews scored the game’s first goal, his 10th of the Stanley Cup Playoffs and Patrick Kane assisted on Brandon Saad’s game-winning goal.

You didn’t think getting Cup would be easy, did you? (TBO.COM)

Down, but not out: Cooper confirms Bishop will play again this series (Pro Hockey Talk)

For the victorious Blackhawks, must-win games are for somebody else (Chicago Sun-Times)

The Arizona Coyotes are Officially Homeless (Inside Hockey)

Glendale votes to cancel agreement with Coyotes, who threaten to sue for $200 million (Pro Hockey Talk)