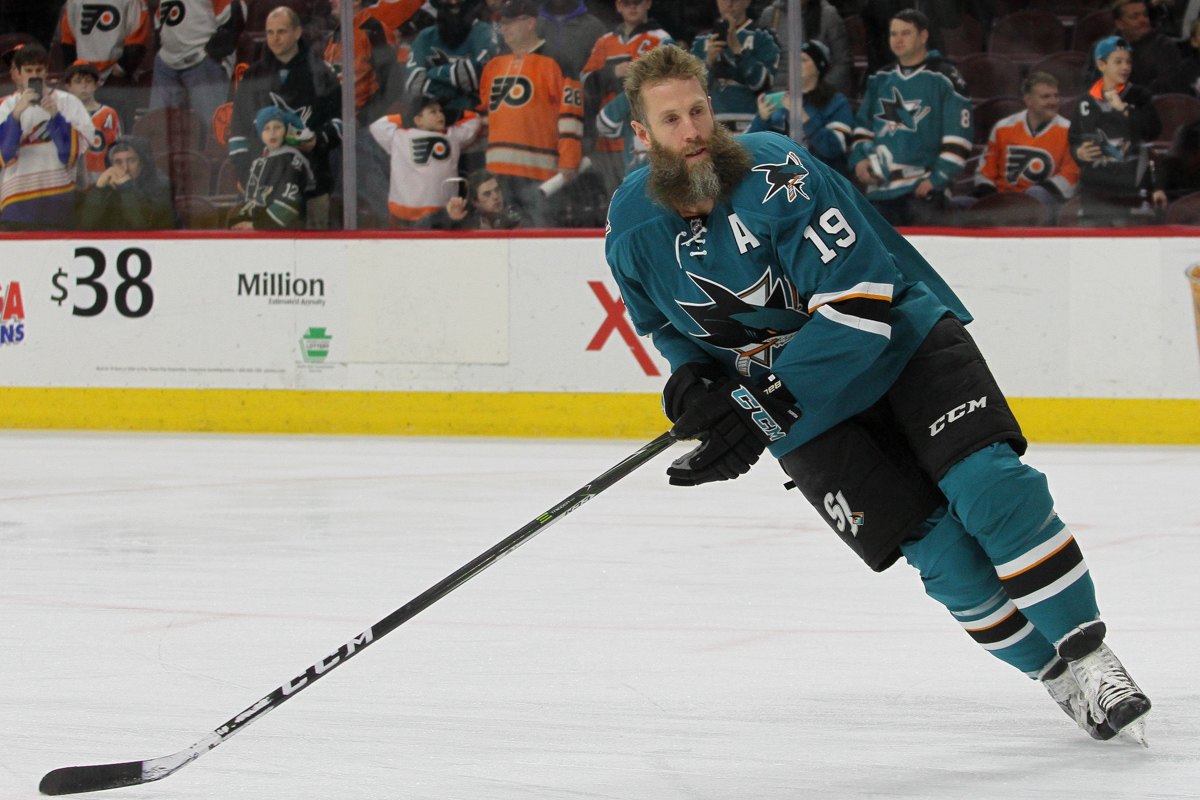 The night before, the Sharks lost to the division-leading Minnesota Wild (42-15-6) by a score of 3-1. They were down 2-0 midway through the first period, but Melker Karlsson cut the lead in half with 1:34 left in the period. However, that was the Sharks’ only goal and Eric Staal scored his 19th of the season to carry the Wild to a 3-1 win over the visiting team.

Here are three takeaways from the Sharks’ two-game road trip.

1. Joe Thornton
Thornton became the 13th player in NHL history to notch 1,000 career assists Monday. The veteran forward reached the milestone with an assist on Joe Pavelski’s empty-net goal to make it 3-1 Sharks with 26 seconds left in regulation. Thornton may be on a decline, but he has been contributing to the Sharks’ offense. In 64 games so far, Thornton has five goals and 35 assists along with a plus-five rating.

“I’ve been able to play with some great scorers,” Thornton told the Mercury News. “I think for me, over the years, that’s been the key. Staying healthy and playing with all of these great players.”

2. Joe Pavelski
Pavelski scored two goals in the Sharks’ 3-2 win over the Jets Monday. He buried a rebound from Karlsson’s initial shot midway through the first period to put the Sharks on the board 1-0. Mikkel Boedker’s short-handed goal tied the score 1-1 at 12:34 of the second period. Then, Pavelski scored the game-winner, his 23rd of the season, extending the Sharks’ lead to 3-1. Mark Scheifele quickly capitalized with the man advantage to make it a one-goal game, but the Jets’ comeback fell short. The pair of goals by Pavelski made the difference in Monday’s game.

Meanwhile, the Wild went 1-for-4. They capitalized with the man advantage in the the first period after Kevin Labanc was called for boarding. Zach Parise redirected Jason Pomerville’s pass into the net to beat Martin Jones five-hole for his 23rd goal of the season.

Pavelski told NHL.com: “There wasn’t much space out there. We had our power plays, we didn’t get a lot done and we had some chances. Our penalty kill was real solid. We gave ourselves a chance to win and we just got caught making a few too many plays. With their structure that they have, you’ve got to just stay patient, keep laying it in, forechecking and better break something open that way. If you do that, hopefully you can get a few more pucks to the net and you need that kind of traffic around there.”

Up Next
The Sharks return to SAP Center for a six-game homestand, starting with the Washington Capitals (44-14-7) on Thursday night at 7:30 p.m. PST. You can tune into the game on CSN-CA and CSN-DC.