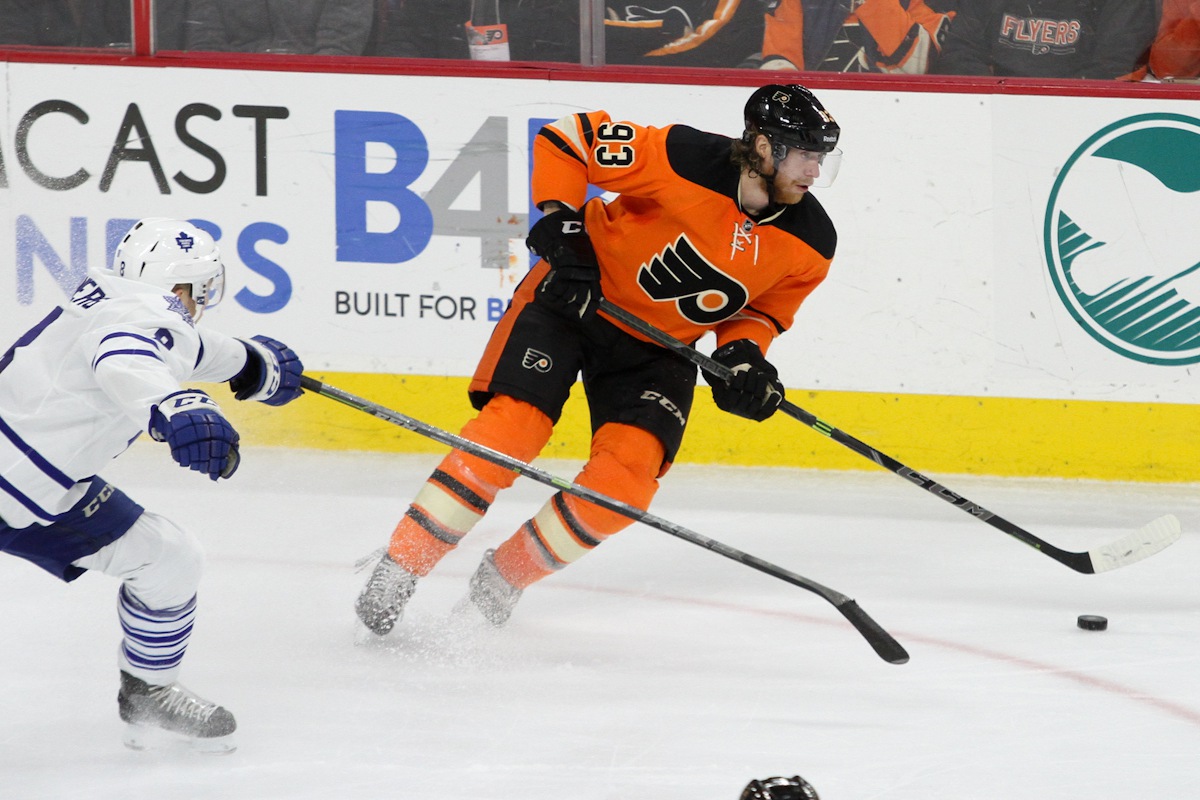 Ah, Philadelphia. You open up the car door and whiffs of cheesesteaks fill up your nostrils. The people you meet are so kind and helpful, it reminds you why Philadelphia is called the city of brotherly love.

A sea of orange surrounds you, filing into Citizens Bank Park, home of the Phillies, on New Year’s Eve to watch the old timers of the New York Rangers and the Philadelphia Flyers playing some good old fashioned hockey.

The most surprising thing of all? This arena would end up being filled up with 45,808 fans just to watch an Alumni Game, just two days before the Winter Classic game officially begins.

Names like Bernie Parent, Eric Lindros, Jeremy Roenick, Mark Messier, Brian Leetch, Adam Graves, and Glenn Anderson were just a few of the big names of old between the two hockey clubs that made a special appearance for the Alumni Game. Behind the bench, Pat Quinn (Flyers) and Mike Keenan (Rangers) reminisced over old memories of days gone by standing behind the bench coaching most of these players.

The Flyers had 29 players on their roster, while the Rangers only had 22 players.  Here are the two rosters:

Of the Alumni, Bobby Clarke played the most NHL games with his club. Clarke spent his entire career with Philadelphia, skating in 1,144 games for the Flyers. Only the Rangers’ Brian Leetch rivaled in comparison with 1,112 games.

Of all players competing in the Alumni Game, only one name stood out above the rest…Bernie Parent. The 66-year old former Flyers goaltender tweeted not so long ago that after fan pressure, he had decided that he would make an appearance in the Winter Classic Alumni game. (You call follow him on Twitter: @BernieParent).

Parent played the first five minutes in goal for the Flyers, stopping all five shots on goal. He left the ice to a standing ovation from the sea of orange surrounding the ball field.

The game itself was designed to be a fun moment for these former NHL players, and a way for fans to relive the days of old with some of their favorite players from back in the day, and to give an opportunity for others who had heard the war stories of old to finally be able to see these greats (where they’ve seen their jerseys hanging in the rafters) on the ice for the first time.

It wasn’t just a reunion for these players to play with old teammates and old coaches, it was also an opportunity for them to relive what it meant to be a professional hockey player in the NHL…all the way down to the media scrums in the locker room after the game.  Players were smiling and reveling in the days of old when the media went running up to them for quotes and stories about being a hockey player.

So who were the victors in the Alumni Game? The Flyers were. LeClair, Podein and Howe were all the big goal scorers for the Flyers, while the only goal that was able to get past Neil Little was a nice redirect from Glenn Anderson off of a pass from Darius Kasparaitis.

The odd thing of the game was that there were four penalty shots called.  Only one penalty shot (Howe) was a good one.

There were legendary moves that were almost played in the game, like Kasparaitis’ infamous hip check. Old habits are hard to break, and the Lithuanian, who’s spent the last few years playing for SKA St. Petersburg before retiring, was able to stop himself before he could cause some damage in this old timers’ game.

It was Mike Keenan who talked about how these guys got back into playing as if it were the days of old asking how they could make the biggest impact for a win. It was like these guys weren’t retired NHL players.  For a moment, they were reliving the old days of their career when they were at the top of their game playing in the best hockey league in the world.

“It’s been a wonderful experience,” Keenan said of the Winter Classic. “Having the opportunity to come in, first of all, visit some of the players I coached on both teams, not just the Rangers. Being in the venue with the Philadelphia Flyers fans cheering you and jeering you, it makes it fun. Most importantly, talking about the teams after the game, the players on both teams loved the experience.

“This is an Alumni Game, and I couldn’t believe that they actually sell out of a game like this. That’s how important the history of hockey is in Philadelphia, the fan base, and the history of this rivalry.”

“The thing about the top players…they understand how a team is put together and how you integrate each player into a very important role. Kind of like killing power plays, who’s going to take what ice time, the distribution of ice time and the delineation of how you set your team up. The game of hockey in regulation is 720 minutes of ice time, 60 minutes for six players on each team…so that’s 360 minutes of ice time per each team and how you’re going to distribute that ice time.”

“Of course, the Flyers had about 10 more players than we did,” Keenan said sarcastically. “Which is great.”

“Their instincts were servicing. Which was like watching them all turn around like they’re going to be the solution, when they sometimes don’t realize that now they’re 65 years old, they’re not going to be part of the solution.”

Playing before a huge fan base for just one day, where the ice is soft and the weather is warmer than it should be for a Winter Classic game on New Year’s Eve, these are the special moments in life that you grow to appreciate. Reliving the days of old not just as a player, but for the fans on what it means to be a fan of your team and the game of hockey. These moments bring you back to some of the best memories of your life that made you fall in love with hockey.

Every now and again, you’ll find one of these former NHLers taking a seat in the dugout and having that moment of silence. They are taking in the aura of the Winter Classic and all its splendor just to breathe in the atmosphere…the 45,808 fans cheering all around, the ice in the center of the ballpark, the feel of the warm winter breeze pushing the scents of Philadelphia down into the field, and then there’s that moment that you’re not in a hockey arena. You are sitting in the dugout of a baseball stadium.  You’re wearing a Rangers/Flyers jersey and you have your skates laced up.  Not too many people get the opportunity to sit in that spot. It makes the moment even more special. These are the memories you never forget.