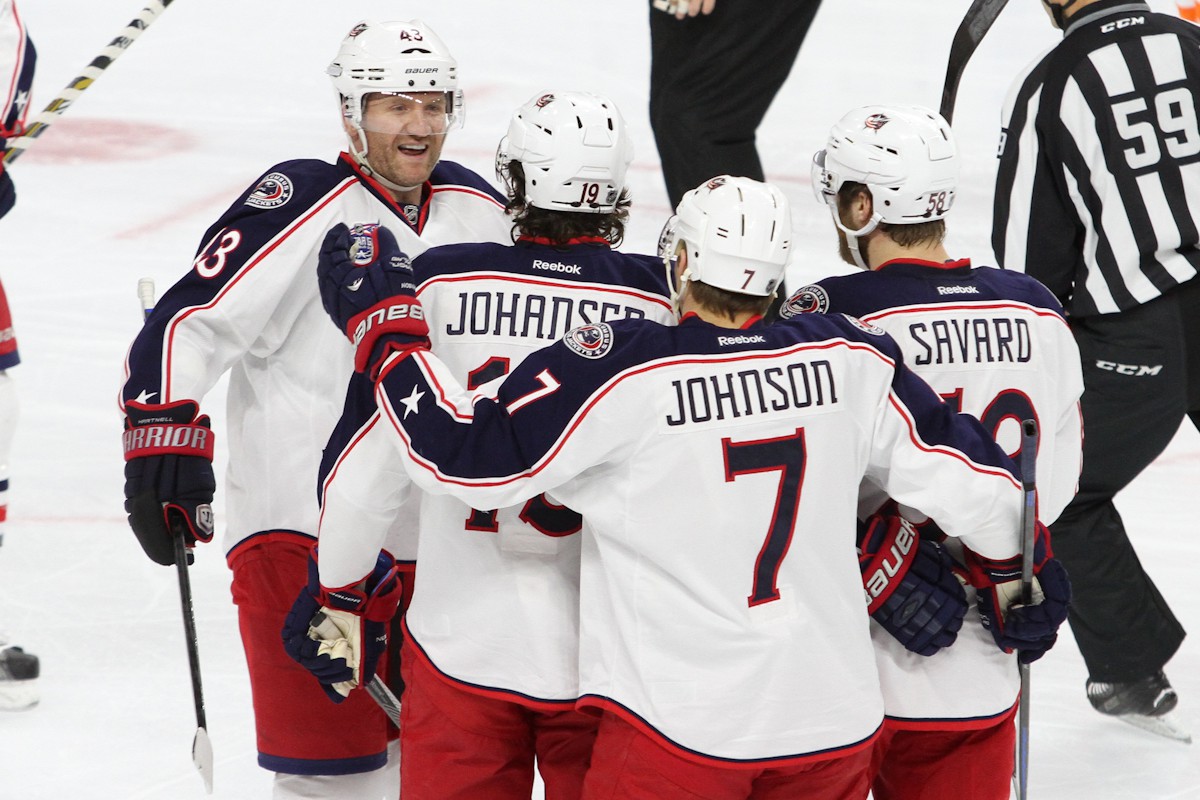 The Tortorella Effect: Will it Work with the Blue Jackets?

As outlined in a previous article, John Tortorella was hired as the new head coach of the Columbus Blue Jackets after a cataclysmic start to their season, a passionless 0-7-0 start when expectations were sky-high after their 15-1-1 finish to the prior season, a start in which they were beaten in each of their seven losses by at least two goals, often times by more. Inevitably, former head coach Todd Richards was caught in the undertow of the putrid losses and was replaced by John Tortorella, formerly head coach of the Tampa Bay Lightning, New York Rangers and Vancouver Canucks.

In hiring Tortorella, it represents a seismic shift in coaching styles, philosophies and in the coach’s interactions with their Blue Jackets players: Richards was often categorized as a ‘Player’s Coach’, a coach who tends to rely on accommodating and closely communicating with their players, something Richards, being a former National Hockey League (NHL) player seemed most comfortable in being; Tortorella, on the other hand, is an autocrat type of coach, one who is the ‘Telling’ style of coach, a coach who decides solely on what is to be done and also defines what to do and how to do it, often defined as an ‘old school’ coach.

Tortorella’s style is akin to former Blue Jackets and current St. Louis Blues head coach Ken Hitchcock, who coached the oft-underachieving Blue Jackets to their first Stanley Cup appearance in 2008-09. However, as is often the case although far sooner than in previous stops in Dallas and Philadelphia, the Blue Jackets players tired of his ‘my way or the highway’ style and Hitchcock was fired 58 games into the following season.  The Blue Jackets then spiraled into a nadir, culminating with owning the NHL’s worst record in the 2011-12 season.

What makes the hiring of Tortorella different than the hiring of Hitchcock, nine years ago is the way in which the Blue Jackets have now been constructed, a ‘lunchpail, all in, north-south type of team versus the oft-underachieving, finesse, fragile (psychologically) team that, in time, was an asymmetric fit to the Hitchcock style of playing heavy, “weighty” (a Hitch-ism for playing at a high compete level), in-your-face hockey and came to the forefront when the players shut out Hitchcock’s message and decided upon themselves to play the game the way they previously used to play.

Now, the Blue Jackets are oft-defined as a ‘tough team to play against’, a tight-checking team with the type of accountability that General Manager (GM) Jarmo Kekalainen has put his fingerprint upon since assuming the reins of GM less than three years ago. However, what wasn’t expected, something not seen in their furious finish to an injury-plagued first 2/3rds of last season or in their pre-season games.  It appeared that everything was aligned for a team poised to ascend the upper echelon of the NHL’s elite.

What wasn’t expected was a new-found phenomena of fragility with this group of players but that’s what losing so badly, so quickly can do to the psyche of a young team, the NHL’s 3rd youngest squad.   Enter John Tortorella, which begs the question…

Will it work with the Columbus Blue Jackets?

But for all of those off-putting factors, Tortorella can also coach. Tortorella has won a Stanley Cup with the Tampa Bay Lightning in 2004, his coaching prowess is so highly regarded, Team USA named him coach of its 2016 World Cup (hockey) team.  Tortorella is a master tactician who preaches total commitment by his players.  For those players who can’t handle his approach to the game, they will either learn to accept it or be moved, elsewhere.  However, for those players who buy into his philosophies, they will thrive and will embrace a competitive spirit that will serve them well.

What Tortorella is all about, beyond the intimidation and the bluster, is accountability. The previous ways of players taking off shifts and even periods (of play) will be gone, or they (the player’s) will be gone.  Like Hitchcock, he is a teacher of the game, a leader who will deflect the blame on his players and put it upon himself.

Once the Blue Jackets embrace his style and philosophy, it will be a successful match. For now, the game will be a simplified, honest game, one that will build the quickly-lost fragility and transform the Blue Jackets back into the intense, tight-checking team that will, once again, be difficult to play against.

Will there be a period of the ‘new coach bounce’? Absolutely, but in this case, it’s stemming the tide of negativity and a lost confidence.  Will John Tortorella eventually wear out his welcome?  Absolutely, it’s happened before and it will, in time, happen again.

But will it work, for the Blue Jackets? The answer is a resounding ‘yes’.