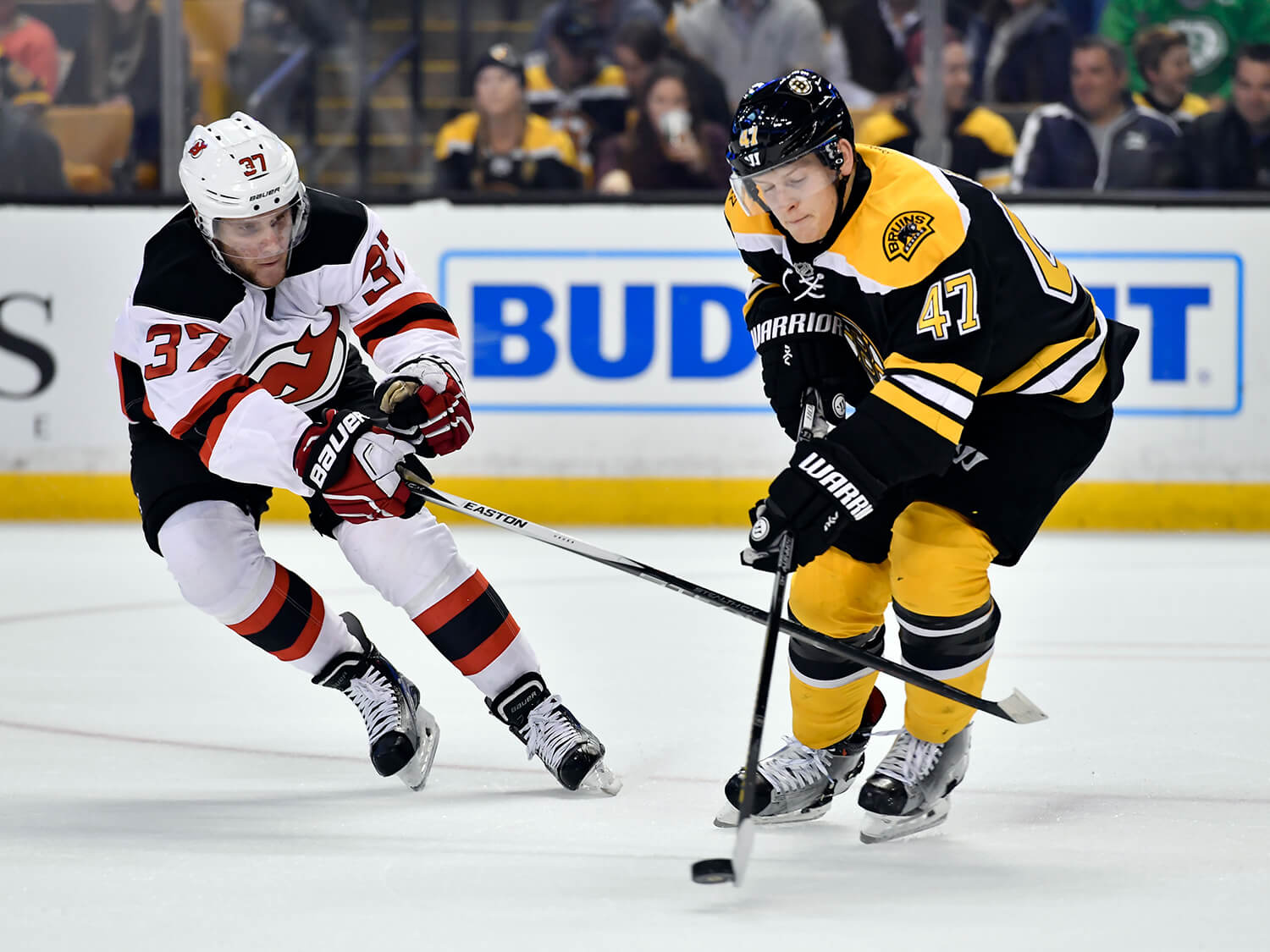 The Season of Zacha Could be Here

If you followed some of the lead-up to the Devils win in Buffalo on Thursday, snapping a streak of three-straight regulation losses, then it seemed inevitable that Pavel Zacha was going to score a big goal.

Within a span of three days and during their home-and-home with the Sabres, linemates Jesper Bratt and Nico Hischier both marveled over 37’s wrist shot as one of the best the National Hockey League has to offer.

“He has an unbelievable shot,” said Hischier, who netted his first of the season in the third period on an extended in-zone shift feed from Zacha. “It’s like finally. I’m happy for him. Now the puck goes in. I keep telling him to just keep shooting it. He has one of the best shots in the league.”

The center-turned-winger has played well as of late and has earned first line duties with the crafty Hischier and speedy right wing, Bratt. They’ve looked good and have a bit of everything going for them, but make no mistake, they need to be a key source of offense and that probably means there could be a couple breakout seasons.

“In our line we all have different skills,” Zacha said. “When we’re working together it’s great and I just have to use my shot more. I’ve been working on it every summer–every season. I think that was something mentally that I had to focus on in the offseason and just keep using it more.”

The Devils have already seen the strides taken by Jack Hughes, the confidence that comes with carving out a regular role from Mike McLeod and Nate Bastian, and the quick start by rookie blueliner, Ty Smith. But it would go a long way for the club to have its 2015 first round (6th overall) pick reach the kind of ceiling that was to be expected from the Czech-born forward.

The first effort in this just might be the declaration of the big winger as simply that. Because if you want to look into the consistency issues that have plagued the better part of his four seasons in pro hockey, it’s come in-part from struggles down the middle. Last season, he tallied 26 points and 81 shots. This season he’s on-pace for 45 points and 100+ shots.

“He’s competing harder,” head coach, Lindy Ruff said following Thursday’s OT-win. “His skating has really come along. I think he feels good about his game. He realizes there’s some areas of his game he wants to improve, he’s working on that part of it. We know we’re a better team when he’s skating and playing. He’s got an unbelievable shot and he showed it again in overtime.”

After being pushed from a scoring role and being able to use one of his most potent tools, he’s pushing himself to a place to succeed. There’s a ways to go, but we just might be able to tweet pre-2021 Zacha: Tired; Current Zacha: Wired?

Jack Eichel was a late scratch on Thursday due to a lower-body injury and $9 million winger, Jeff Skinner was scratched for the third-straight game. And there was Taylor Hall, who would probably be the first to say that one goal in 17 games isn’t acceptable. But another down season on the horizon won’t feel good and might make the 2018 MVP’s stay in Western New York a short one.

Staying with Hall/Skinner for a moment. How’s the ’10 draft class done in the postseason? I was curious, too.

Others: Jaden Schwartz, Vladimir Tarasenko-Cup; Evgeny Kuznetsov-Cup; Beau Bennett-1 playoff game during Pens 2016 title, uncredited on the Cup but he’s in the team photo so he can tell his grandkids whatever he’d like.

At 58.3 percent, the Devils penalty kill is far and away the worst in the league. The schedule is so compacted and practice time remains scarce. So, checking in on the Marc Staal rental price from Detroit isn’t that crazy, is it?

Four points in 16 games, Adam Henrique is on Anaheim’s taxi squad for now. He’s in the second year of a five-year deal with a $5.825 million cap hit. It’s a tough price tag right now but the structure–no front-loading, zero bonuses makes me wonder about a swap for Andrew Ladd–two years left with a $5.5 million hit. He’s been on the Isles’ taxi squad since the start of the season. Lamoriello knows Henrique, who had a great postseason in his rookie season en route to a Cup Final. Just something I wonder about.

Finally, I don’t share a rooting interest in any teams in the North division but seeing the clear rebuilding Senators win 3-of-4 against Montreal has to feel good for that fan base.

I never knew or spoke to Brian Fraser, the 24-year-old Sens’ fan who died on Thursday after a courageous battle with leukemia. During his battle, he encouraged awareness of blood cancer and the importance of donating.

He was pursuing a career in media and was a passionate fan of his Ottawa Senators. I’m glad he saw some wins that always rank high on the season with that fan base. Rest easy and my sincerest condolences to his family.