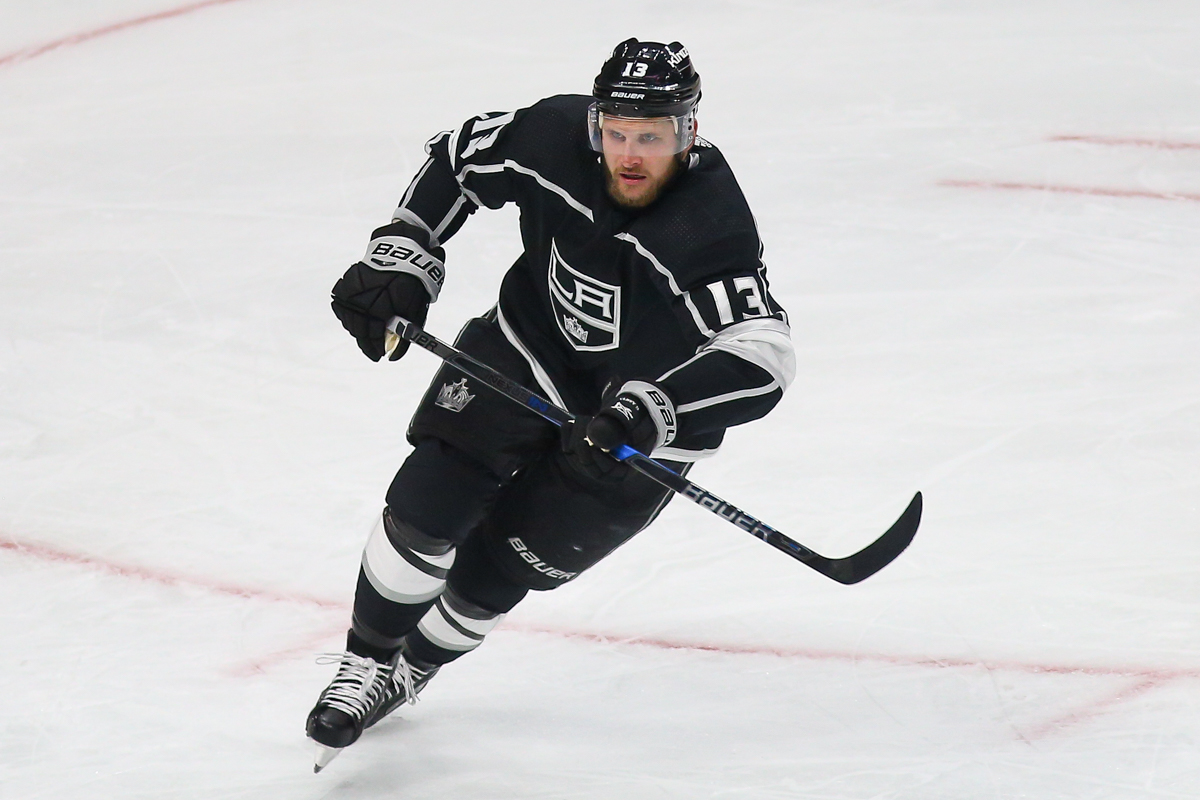 Exactly the same lineup, save for one defenseman. Even the same goalie. How cheeky is that of Ottawa coming off the first half of a back-to-back? Maybe they figured what worked down the road in Anaheim would work in downtown LA. Maybe they were making a comment on what they thought of the Kings, tied in points with them and just one out of the race to be the worst team in the league. Why make adjustments when the other team is just as bad as you are?

Funny enough, the Kings’ only change was also one defenseman, but this is a no-brainer: Martinez was ready to come back from missing more than a dozen games due to injury. Of course you’re gonna put him in. Out came Sean Walker. Matt Luff was also sitting, his third game in a row not dressed.

Nobody actually races for the bottom of a league. But these teams are there anyway, with Ottawa having taken two points from Anaheim in OT Thursday in a comeback win that saw neither team with any particular urgency to win. The game became pond hockey at one point, with Getzlaf of the Ducks running around everywhere and flinging long wrist shots like he was at a skills competition. The Ducks managed an early goal but nothing more and lost on a bad change that left Getzlaf exposed trying to defend in OT.

The Kings are quite a different animal from Anaheim. Nobody ever plays crazy. They stick to their conservative system. That is a low-scoring, high-defense style. It’s not fun to watch sometimes, and it doesn’t work anymore. Perhaps with the exception of when the opponent is Ottawa. That’s what the fans turned out to see. That, and Davis Gaines singing the anthems.

Ottawa must play a bit of a loose style, because they’ve scored a lot of goals despite not winning many games. Their total coming in to Thursday was 138. The Kings had 99. But the Kings were minus-thirty-one (130 allowed) and Ottawa was minus-thirty-five (173 allowed). Bad goaltending certainly plays in here. But so much a porous defensive system. Maybe this was the Kings’ chance to finally open up.

Quick was back in net, hoping to reprise his shutout victory against Edmonton on Saturday. The Kings last played Monday in San Jose. Jack Campbell did the goalie duties that night. He allowed only two opposition tallies but took the loss. In his last five starts, he has lost four games. He has allowed only seven goals.  That’s a 1.40 GAA, and one win. How much support has he gotten? Obviously very little.

They say goal scoring is up this year. You’d never know it looking at the SoCal teams, and they managed to drag Ottawa right down with them. I just said that the Ducks lost by a 2-1 score. The Kings lost by a 4-1 mark, with the last an empty-netter.

The LA lineup, by the way, is also remarkably unchanged. Desjardins has said that he’s established his set, and he’s going to stick with it. He rolls all four lines, as well, as I observed on the weekend against Edmonton.

All of this to say that Kings hockey is, well, Kings hockey, and against the Senators, it worked, for a while. The first goal of the game came from fourth-liner Kyle Clifford. He had scored the game-winning (first) goal against Edmonton on the weekend.

Anyway, the Kings, having scored their needed goal, pushed. Then they stopped. The Senators promptly obliged with two goals of their own. In a space of less than two minutes. And they were nearly identical: a player puts a puck to the net and follows his shot in. A rebound comes. The player gets a second chance and buries it. In this case, the first was Bobby Ryan, who took the puck from the high right circle and bounced it off a leg, got it back, and scored with it.

The second goal came when Chris Tierney got a puck to the net, rushed to recoup his rebound, and put it past Quick, who was off the post by half a foot.

This is not to say that LA was entirely devoid of offense. They had some good chances in the early going of the second period, and had earlier had two power plays, both in the first. Those, they didn’t do much with, however.

The Sens added a third goal early in period three when Wolanin flung a wrister toward the net from the blueline. It hit Jake Muzzin and went up and over Quick. They would later score into the empty net.

Even when the Kings had the extra man with the goalie pulled at about 2:21, they moved the puck but didn’t get chances. Save Toffoli, who had an excellent chance with a slapshot off the goaltender’s glove.

The Kings now have 100 goals. They still have 37 points and are alone as the worst team in the league. Ottawa is sitting at 39. They’ve made major strides in getting out of the basement, now being eighth in the Wildcard race in the East (no, that doesn’t matter).

But Guy Boucher made it sound like salvation had come in his post-game comments. “Major character win. We’re missing our number one goalie . . . centerman . . . defenseman, and then another center gets taken out. It’s a back-to-back. They’re not on a back-to-back. They’ve got their full team. Martinez is back. You know, it looked like we weren’t going to get much of a chance tonight, but our guys did a terrific job.”

He went on to praise the goaltending, power play, penalty kill, and then say that his team can learn patience from a win like this. That means not to try to win the game in the first period, but play the full game. “That’s maturity. That’s what I’ve been saying from the beginning, that we would gain that maturity. It’s experience, and you can’t just ask for it.”

Still thinking about my interview on NHL Network’s NHL Tonight yesterday. A friend points out that it’s on youtube.com. Search “NHL Tonight and Brian Kennedy,” and send me some feedback @growinguphockey on twitter.

I really appreciate it.