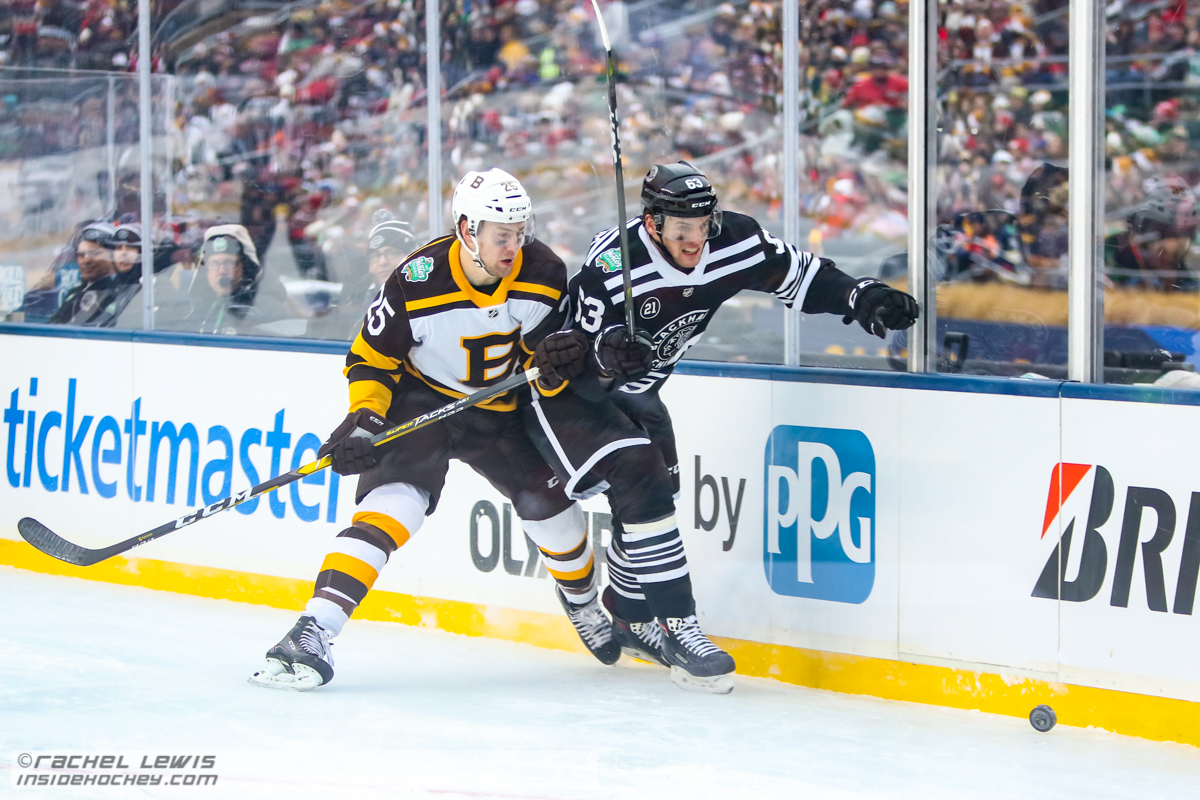 The Future Is Approaching For Brandon Carlo

For Boston Bruins’ defenseman Brandon Carlo, the future is staring him right in the face.

Currently in his third full season at the National Hockey League level, Carlo has made significant strides in his game and is setting himself up nicely to be the team’s true number one defenseman once Zdeno Chara decides to hang up the skates.

It is not that we are hoping for “Big Zee” to retire tomorrow, but we can all feel a little bit better about him turning the reigns over to the 22-year-old, Colorado Springs native. In fact, Chara has had a huge impact in the development of Carlo on the blue line.

The 6’5”, right-shot defenseman had been playing alongside the Captain for the better part of two seasons ever since he made his NHL debut back during the 2016-17 season as part of Boston’s top defensive pair. The age discrepancy of almost 20 years is remarkable in and of itself, but knowing that head coach Bruce Cassidy has the trust to insert Carlo in that spot speaks volumes.

Now, let’s be clear about something here: Carlo should never be confused with a player like Torey Krug or Charlie McAvoy. Just because he is in his early 20s and plays defense, that does not mean that he is the offensive catalyst most people like to associate with young blue liners. Carlo is a true throwback to how the position should be played in a more traditional sense. He is physical, tough along the boards, and stays “at home” to protect his own zone.

Carlo ranks third on the Bruins in average time on ice with 20:53 and he is currently tied for third on the team with a plus-five rating. Because of his style of play, the offensive numbers will never jump off the board. He only has one goal and two assists in 40 games so far this season. In his first two seasons with Boston, he skated in 158 games and posted six goals along with 16 assists for 22 points.

Unfortunately, the poor kid has had terrible luck with it comes to playing in the postseason—so much so that he has never skated in a postseason game in his career. In 2016-17, he suffered a concussion in the last game of the regular season and that forced him to miss all of the playoffs. Last year, he suffered a devastating ankle injury in late March that ended his season as well.

To accompany his bad luck when it comes to playing beyond the regular season, Carlo certainly suffered the “sophomore slump” last season. As mentioned before, the numbers will never indicate if he is having a rough go of it out there. That is just the type of player he is. However, if you just use the simple eye test with him, you can tell if he is having a strong game.

Last season, he was making too many mistakes with the puck, he would get caught cheating too far up ice, and he would not play responsible hockey. It is obvious that Carlo is a different player this season. Most of the smart plays that he makes will not make it onto the stat sheet, but that is what a true defenseman does. He will be a cornerstone for this franchise and the Bruins will be able to build the blue line around the shutdown style that he plays. Boston saw the potential in him when they drafted him 37th overall back at the 2015 NHL Entry Draft.

Carlo should look to continue making strides in his game and stay healthy enough to play in the playoffs for the first time in his career. He needs that type of exposure. The exposure that he does not need might come in 2021 when the new Seattle franchise could pluck him away in the expansion draft.

Boston, please protect him. He is the future of the franchise in more ways than one.