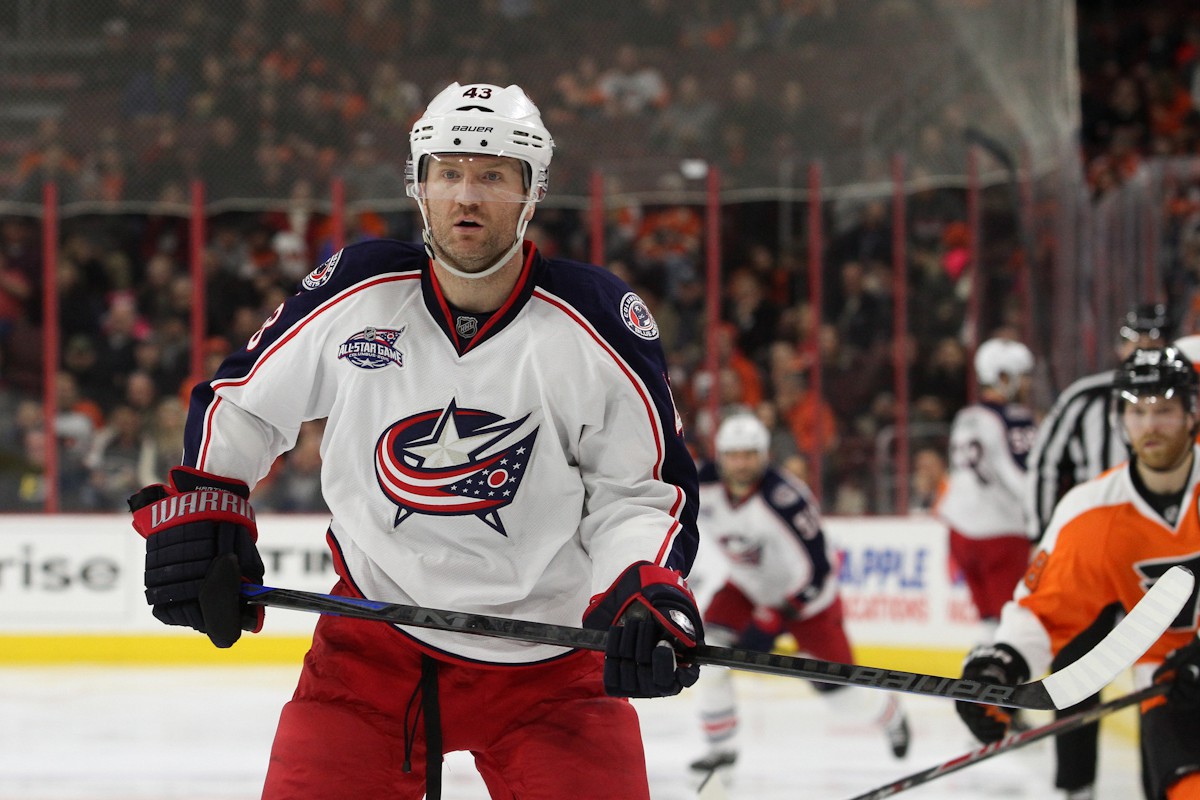 The 2015 National Hockey League (NHL) Entry Draft is scheduled for June 26th, 2015 at the BB&T Center in Sunrise, Florida.  The upstart Columbus Blue Jackets, fresh off of a spectacular finish after being ravaged by injuries for the majority of the season; however, those early obstacles did afford the Blue Jackets the luxury of finishing with the 8th worst record and the 8th overall pick in the 2015 NHL Entry Draft.

This draft is projected to be one of the best drafts since the 2003 NHL Entry Draft, both by the quality of impact/franchise-changing players as well as the depth of the overall draft talent pool.  It is led by the consensus top two prospects, Centers Connor McDavid and Jack Eichel, both of who will be drafted by the Edmonton Oilers and the Buffalo Sabres, respectively.

After those top two selections, that’s where it gets interesting and that’s where the Blue Jackets could enter the draft fray.  The Blue Jackets were arguably believed to be able to offer the best package of multiple, high-round draft picks, prospects and current NHL players to the Arizona Coyotes who own the 3rd overall pick, where Noah Hanifin is projected to be the next draft selection.

However, some of the Blue Jackets trade arsenal was dealt a blow when the Boston Bruins traded defenseman Dougie Hamilton to the Calgary Flames for the 15th overall pick and two 2nd round picks, nos. 45 and 52, respectively which, combined with obtaining the 13th overall pick in today’s other trade with the Los Angeles Kings for Milan Lucic as well as already having the 14th overall picks, the Bruins can package a variety of picks, possibly including the 13th – 15th picks, to move up to the 3rd overall pick in the NHL Entry Draft.

The Blue Jackets are believed to also covet Hanifin and, while not being able to offer that bevy of high 1st round picks, do hold the 8th overall pick in the draft as well as three 2nd round picks – 34th, 38th and 58th picks – and two 3rd round picks.  They are also rumored to be offering organizational prospects such as Kerby Rychel, Oliver Bjorkstrand and Josh Anderson and possibly current NHL players in Cam Atkinson and Artem Anisimov.

However, if you believe that the Blue Jackets will mortgage their cadre of impending NHL-ready prospects for the opportunity of nabbing Hanifin at the 3rd overall pick, foolhardily, you’re quick mistaken.   While Blue Jackets General Manager has exhibited the ability to make aggressive moves to improve the organization’s fortunes, it will come at a fair price for all parties, particularly theirs.

As Kekalainen stated on the subject, “We’re not going to overpay. If they want to do a fair deal…but that hasn’t been put in front of us yet.”

Should the Blue Jackets opt to not mortgage heavily to grab the projected minute-crunching, franchise 1st pairing defenseman in Hanifin, they may still trade up to obtain the succeeding picks prior to their projected 8th overall pick.  Defenseman Ivan Provorov, who is believed to be nearly similar to Hanifin in overall abilities but with increased snarl, has been rising up the draft boards and is believed to be on the radar for the teams drafting in the 6th – 8th positions; however, for the teams currently slated to draft 6th and 7th – the New Jersey Devils and Philadelphia Flyers, respectively – are in dire need of forwards, not defenseman so Provorov could land in the Blue Jackets lap without the need to go after Hanifin, quite the solid consolation prize.

Stay tuned – this draft, for the Blue Jackets and many teams in the NHL, should be quite interesting.