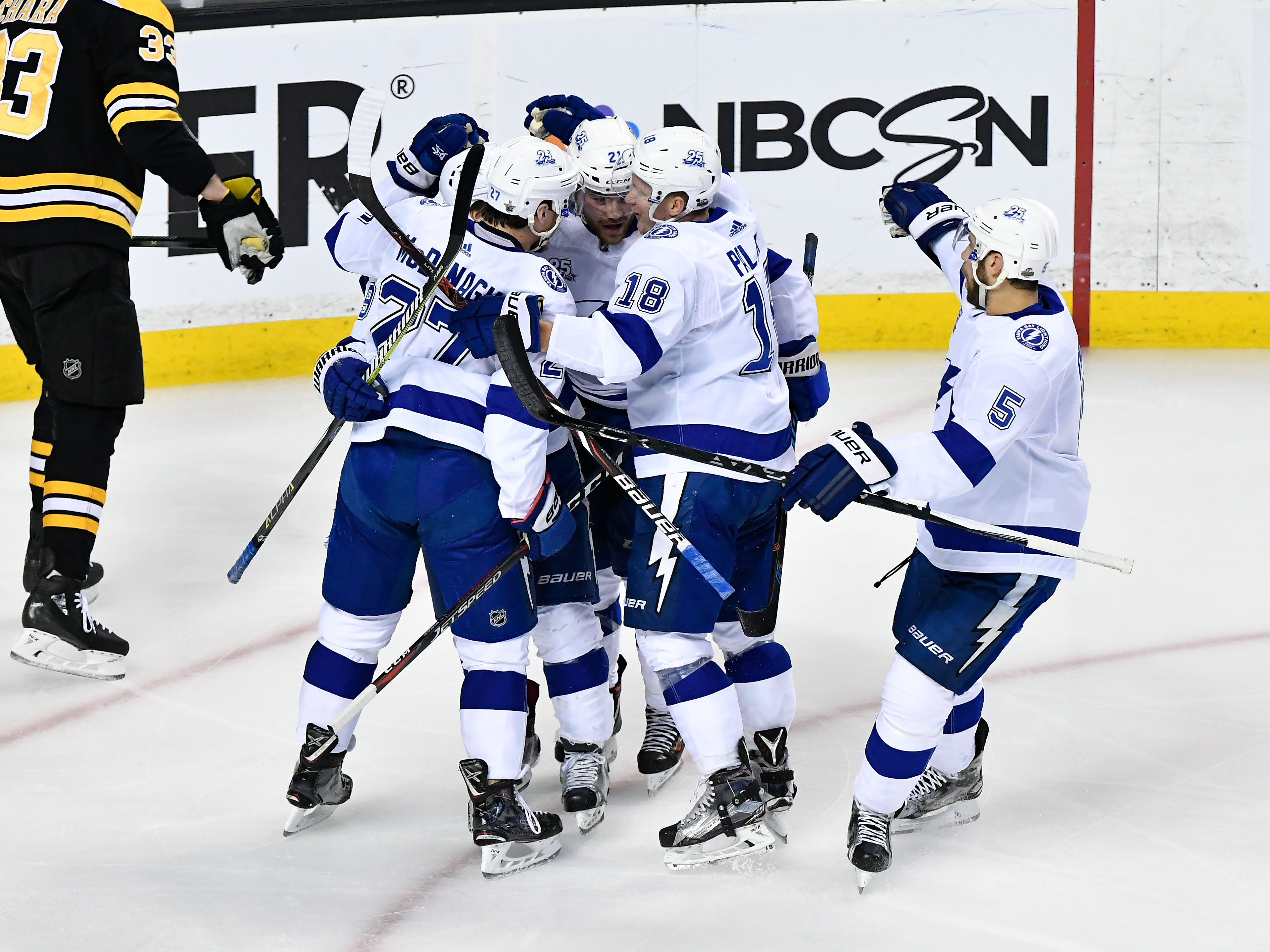 Boston, MA – The second meeting in five days between the Tampa Bay Lightning and Boston Bruins, number two and one respectively in the Atlantic Division, was more than just a regular season affair. Tampa outlasted Boston 5-3 in front of 17,850 at TD Garden in a...

NHL brackets across the world bust out as the Columbus Blue Jackets sweep the Presidents’ Trophy winning Tampa Bay Lightning 7-3 Tuesday, April 16, 2019 at Nationwide Arena in Columbus, OH.  The Blue Jackets will be making their first appearance in the second...