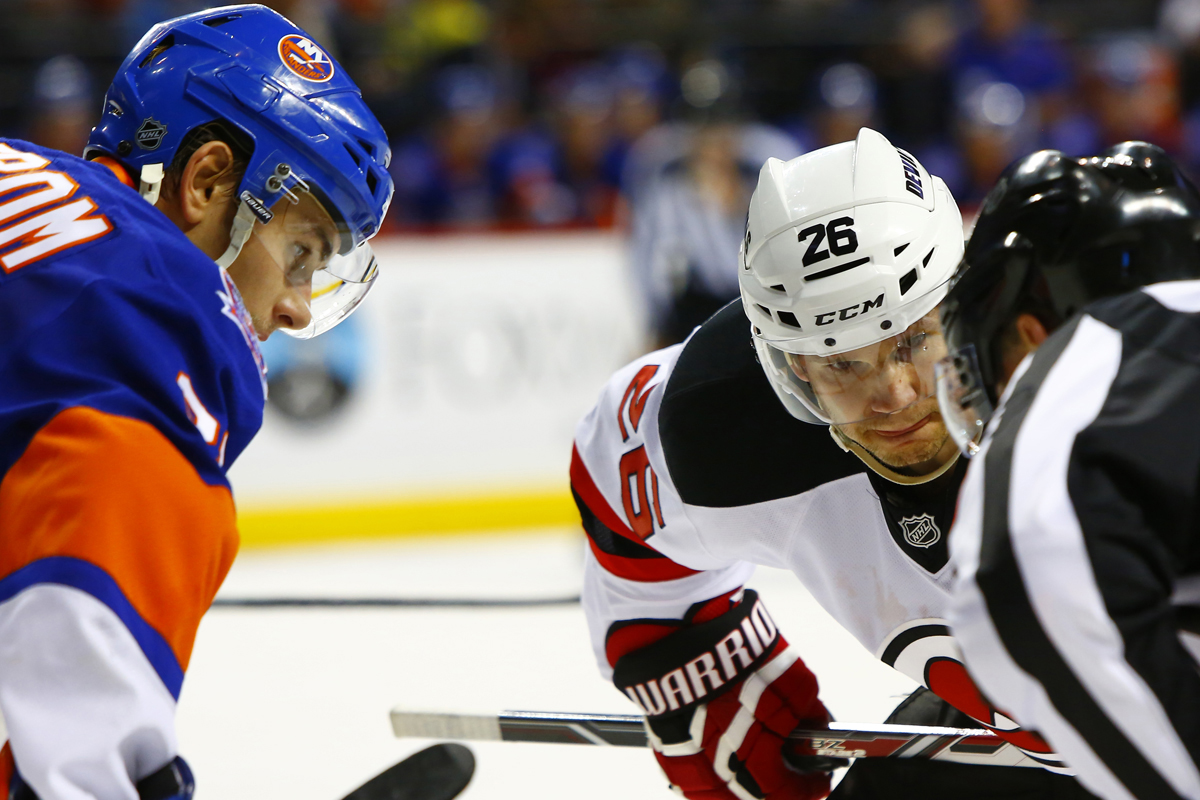 Sykora Brings It Home for Devils

Petr Sykora has had a rough few years before coming back this season to the team that drafted him.  From a shoulder injury to a foot injury to a concussion…he’s seen a lot of time off of the ice, trying to rehabilitate.  There was a time that he saw himself on unconditional waivers halfway through the season and wound up an unrestricted free agent.  He ended up heading home to Plzen, Czech Republic, the town that invented pilsner beer, to play for his hometown team HC Plzen.

From there, he ended up playing in Russia for the KHL’s HC Dynamo Minsk.  Usually when NHL players head across the pond to play, it’s very rare that they get a chance to come back and play in the NHL.  Very few former NHL players have been able to do it.

“We brought him in to make a difference offensively,” Martin Brodeur said of Sykora.  “I think that’s what the team was looking for…The kinds of goals he scores [are] pretty good.  I think he’s got to keep it going.  We’re definitely happy to be able to count [on] one of the guys is going to be in the right spot at the right time.  That’s important, especially with the kind of team that we have.  We go from streaks where we have a hard time scoring to having a guy that is able to get the puck in the net.

“When you leave the NHL, I think it’s hard to get back sometimes.  You look at other options.  He went to the KHL and did different things.  I think when he finally said, ‘Well, you know what?  I’ll go on a tryout.’  I think it’s the hardest thing for a player that has had success to say ‘well, I’m going to go without a contract and try to make the team.’  It takes a guy that is really committed to want to come back to the NHL to do that.  He did it, and he proved that he was an important factor for our hockey club.  We were able to sign him.  It’s all to his credit.  Nobody else.”

Leave it to Sykora and his Czechmate, Patrik Elias, to get the game against Buffalo on Wednesday night moving in the right direction for the Devils.  At 9:52, what looked like a pass to Elias at the crease, ended up being a few lucky bounces.  With everything running in slow motion in front of Ryan Miller, the puck slowly bounced into the crease. Elias tried to help it in, but never touched the puck.  The puck needed no help as it bounced in on its own giving Sykora the goal with Elias and Brodeur with the assists.

With just 1:26 into the second period, Sykora did it again with another goal from Elias and Anton Volchenkov to give the Devils a 2-0 lead over the Sabres. Buffalo almost had the chance to get onto the scoreboard when the puck found its way past Brodeur, but a high stick to bat the puck in ended up turning it into a disallowed goal.

A few minutes later, Zach Parise found the back of the net at 6:55.

After the Devils third goal, all mayhem broke loose when Eric Boulton boarded Andrej Sekera at 7:12. Cody McCormick went after Boulton, tackling him and pinning him down onto the ice.

Another scrum opened up nearby between Cam Janssen and Bryce Salvador of the Devils and Paul Gaustad and Patrick Kaleta of the Sabres. All four of the players received 10 minute misconducts. McCormick and Boulton both received roughing penalties, while Boulton received an additional boarding penalty affording the Sabres a power play.

Thomas Vanek was able to finally score a goal for the Sabres during the man advantage at 7:41.

As the clock wound down in the third period, Miller was pulled off the ice two times for an extra attacker.  While the puck was down in the Devils’ zone, Brodeur tried to sail the puck down the ice two…almost three times…to score a goal of his own.  The Sabres were able to block the puck and keep it from sailing on down into their net, ending the game 3-1.

“I think the guys played really well from the get go,” Brodeur said.  “We won a lot of battles and I think that made a difference in the game.”

Unfortunately for Marty, he wasn’t able to get a goal to go along with his assist in the game.  In his competition against Janssen for points this season, he is leading 3-1.

“I told [Janssen] too during the TV timeout,” Brodeur said, laughing about his 3-1 lead.  “It’s been good.  He’s been playing well, so I’ve got to chip in somehow.”