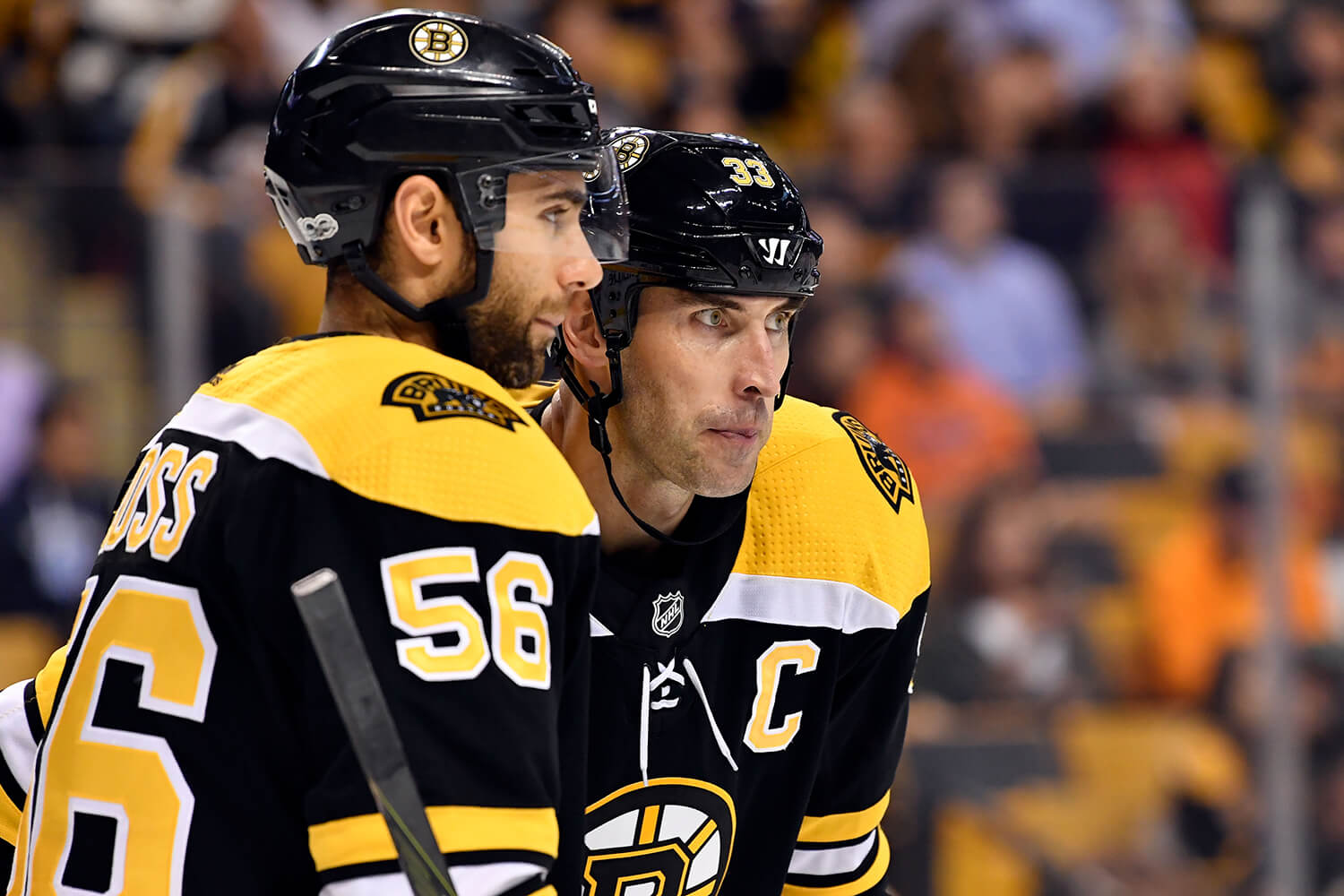 Boston Bruins General Manager Don Sweeney sat down to talk to members of the media for a Zoom session. Sweeney touched upon topics of contract talks with defensemen Torey Krug, Kevan Miller, and Zdeno Chara along with what could happen if and when the NHL decides to resume play.

Sweeney opened the conference with a message acknowledging those who are working during the pandemic, as well as asking for thoughts and prayers for former Bruins Colby Cave. Cave remains in a coma after brain surgery, as his wife Emily turned to social media on Wednesday with a plea for a miracle.

“[I] thank and acknowledge all the amazing work being done by our doctors and nurses, first responders, the entire medical sectors, as well as essential workers. It’s inspiring to see people willing to run towards danger without regard of their own personal health and safety. So, thank you for your help and sacrifices,” Sweeney said.

“I want to send along and ask for your thoughts and prayers for Colby Cave and his wife Emily, his father, Al, his mother, Jennifer, and the entire Cave family,” Sweeney added. “Colby is a special, young man, and he needs our love and support right now. So, we wish him well, and send those thoughts and prayers.”

Three days ago, Krug addressed his pending free agency this offseason, saying that he hopes he had not played his last game in Boston. Krug will be an Unrestricted Free-Agent, and Sweeney acknowledged that he hopes Krug will be back.

“I dearly hope that Torey hadn’t played his last game this year or going forward,” Sweeney commented. “He’s been a big part of any success we have had as an organization. He’s a special player both on and off the ice. Means a lot in the locker room. I think everybody could acknowledge that his attributes on the ice is important to our team.

“In a cap world, we have to try and fit it together,” Sweeney added about contract negotiations. “We have had very good discussions with Torey’s group, but just haven’t found a landing spot. That is understandable. Given the circumstances of where the cap is. We are hopeful that we will find a resolution, but at this point in time we haven’t been able to do so. We made out feelings perfectly clear that we respect and acknowledge what Torey has done, and what he is capable of doing for us as a member of the Boston Bruins. We hope that continues.”

Another player pending free agency this offseason is Bruins captain Zdeno Chara. Chara will be an unrestricted free agent. Sweeney said that Chara has expressed the idea that he hopes to be back next season.

“Even Zdeno himself has reported that he would like to continue to play,” Sweeney said. “The really unique relationship what we have as an organization with Zdeno is that – and this started a bunch of years ago – he has exercised his own ability to show patience, allow us to plan accordingly, and then adjust his own contractual situations. You saw him do two consecutive one-year deals, which was important for us.”

Additionally, one of the ongoing stories from this season is whether or not defenseman Kevan Miller will return. Miller has been out with a lower-body injury, and will also be a unrestricted free agent this offseason.

Sweeney touched upon the fact that they will be offering Miller a contract, but it is up to him to decide whether or not he wants to come back.

“In Kevan’s case, he has been able to maintain some therapy,” Sweeney said on how Miller has been handling his injury during the shutdown. “He as able to maintain some of that. Kevan’s just had some setback that I don’t believe at this time will be in his best interest to try and ramp up in a short span. The hopes of playing this year, our intentions with Kevan is to be 100% healthy so he can resume when we start the next season.”

“We know Kevan’s a UFA, so we’ll entertain the opportunity to bring Kevan back, and he will also entertain whether or not he wants to come back. But most importantly, in this case for Kevan, he needs to get back to being absolutely healthy, and I don’t think in a short span we want to put him in any situation where he could jeopardize any further setbacks. He’s got a longer timeline to make sure he does things in smaller stages that would afford him the opportunity to be 100% healthy and return to play.”

There are still a lot of “what-ifs” being thrown around, not just in terms of signing players, but also what to do with the remaining season. Sweeney is hopeful that teams will have the ability to continue to play.

“I think the end result is going to be a combination of a lot of things. Obviously the health-sectors, and the federal governments are going to have to determine when it’s healthy to return to anything; including ours, and around the league,” Sweeney said. “So, that will determine an outlying ‘ifs’ and ‘whens’. I think logistically, the NHL and the players are going to work together in this. And, we have to work together in this to find, and hopefully, resolve some part of the story line here in being able to resume in some fashion.”

“We have to be healthy,” Sweeney continued. “We have to have standards in place that we can uphold to make sure the well-being of the players and people, if they were able to attend games, are remaining healthy. That is what we ask at the forefront of any decision-making. I do believe it is going to take the partnership between the players and all the teams to be on the same page, to find an equitable solution, to resume and if not it will be some form of extended training camps because you can’t just jump into games.”