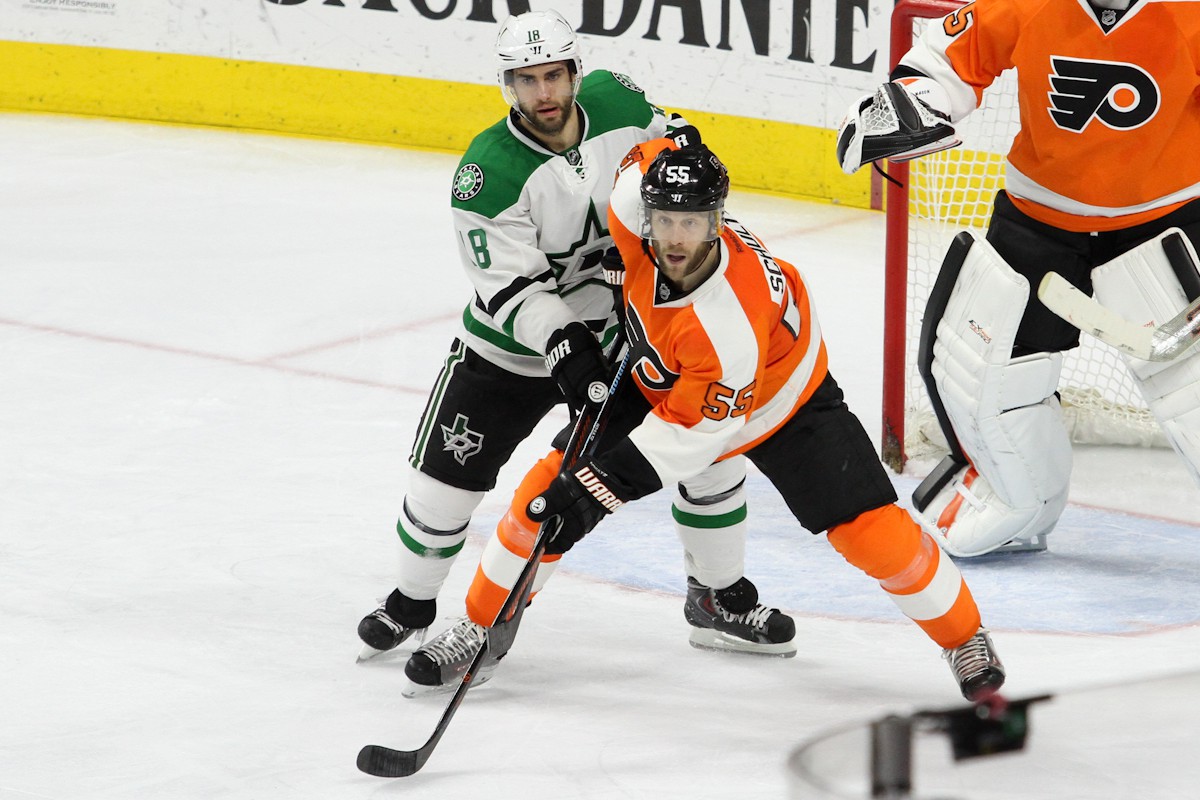 Despite dropping a 4-3 overtime verdict in Game Two of their second round Stanley Cup Western Conference playoff series with visiting St. Louis on Sunday, May 1, the Dallas Stars refused to “sing the blues.”

Instead, they were extremely upbeat as they prepared to depart for The Gateway to the West, where Games Three and Four will be played Tuesday and Thursday evening, respectively. Game Five will be played in Dallas on Saturday, May 7.

“We’ve been able to play good games on the road, and that’s going to be huge for us now,” Stars forward Mattias Janmark said. “It’s harder on the road, but it’s a chance for us to fight back, too.”

After outplaying St. Louis in a 2-1 victory on Friday night (April 29), the Stars fell behind 3-1 Sunday before rallying for a pair of goals in the third session to force overtime.

But St. Louis captain David Backes slid a rebound past goalie Antti Niemi on a power play to knot the series. The winning goal occurred midway through the first overtime period on the second Blues’ power play of the extra session after Stars forward Antoine Roussel was whistled for a controversial interference penalty as he and St. Louis defenseman Jay Bouwmeester collided.

The penalty was whistled as the Stars were entering the Blues zone on a rush, and Roussel and Blues defenseman Jay Bouwmeester collided. “I don’t know,” said a diplomatic Roussel. “They have a tough job. It’s not easy to be a referee. It’s tough.”

“(The winning goal was) one of those fortuitous bounces right on my tape (stick) and I slammed it home before anyone realized where it was,” said Backes. “(Florida Panthers forward) Jaromir Jagr and all his wisdom at 44 years old said, ‘Who cares who scored,’ and that’s how we feel in this room. Who cares who scored? We got this series tied back up.”

Dallas took a 1-0 lead on an early goal by defenseman Alex Goligoski, but trailed 3-1 after the first period on consecutive markers by Patrik Berglund, Joel Edmundson and Troy Brouwer. The trio of Blues’ bullets chased starting goaltender Kari Lehtonen, who faced only five shots and was replaced by Antti Niemi to start the second period. Niemi finished with 19 saves.

The Stars forced overtime by rallying for third period goals by Janmark and captain Jamie Benn, who converted a rebound of Kris Russell’s shot by sliding the puck past goalie Brian Elliott with 2:36 left in regulation for his fifth postseason red light.

“I think there were a couple of miscues that ended up in the back of our net,” said Elliott, who made 31 saves. “That’s (happens) in playoff hockey. They’re going to come hard and they’re not going to give up no matter how much they’re down. That’s to be expected. I was really proud of our guys to come back in the overtime period and create chances for our team, and causing two power play opportunities and obviously burying the last one.”

The Blues, who defeated Chicago in a seven-game nail-biter to reach the second round, have consistently responded with timely goals during the regular season and in the playoffs. St. Louis finished just two points behind Dallas 109-107) in the race for the conference and Central Division titles.

“I think what happens is that we have a unique ability to gather and catch our breath,” said former Stars and current Blues coach Ken Hitchcock. “We had a lot of times in December and early January where we were outplayed. We needed to catch our breath and our goalies were hanging in there for us and we were able to do that. We have learned to bounce back. We don’t get discouraged long. All we need is either a timeout or an intermission and we’re good to go again. We can catch ourselves, and we did it again for the overtime.

Ruff complimented his younger players on their ability to acclimate to playoff pressure. “I think some handle the situation better than others,” Ruff noted. “I think that Cody (Eakin) had really started to thrive inside this series.  A guy like (Radek) Faksa has been able to thrive so far and do a nice job.  Some of these guys have probably never seen the kind of pressure they’re going to see.  A Stanley Cup overtime game, killing a penalty out there.  We’ve got a couple of young guys out there killing penalties that are in a really big situation.  I think our guys, for the most part, have handled that well.”

The Stars produced an outstanding performance in Game One, winning 2-1 on rookie Faksa’s goal with 4:44 left in regulation to back the timely 31-save netminding of Lehtonen. Faksa put an Ales Hemsky rebound past St. Louis goalie Elliott, who finished with 40 saves.

“It was a good breakout by us…a nice pass by Alex Goligoski,” said Faksa. “We had pretty much a 3-on-2, Ales took it to the net, and I picked up the rebound.”

The first year center also assisted on a goal by Roussel, who gave Dallas a 1-0 lead midway through the second period.

“He brings enthusiasm, a big smile on his face, his willingness to do whatever it takes to win right now,” said Ruff. “He’s having a great time. He’s a kid that he’s enjoying every minute he plays. And you can see it in his game. There isn’t a battle he doesn’t want to engage in. There’s not a play he quits on. His play’s been infectious for our team.”

The Stars had the edge in quality chances throughout the game’s first 40 minutes, while St. Louis was dominant in the third period and tied the game on a one-timer by Kevin Shattenkirk midway through the third stanza.

“This was a good game by them. They outplayed us and deserved to win this one,” said Backes. “We need to regroup and find our game and play for a full 60 minutes like we did in the first series (against Chicago). I think we will be just fine. It’s going to be another long, tight, hard hitting, fun matchup, but we have to get to our game sooner and for longer.”

Hitchcock said his team needed to improve their puck possession. “We fed too many pucks in the wrong places and (Dallas) just dialed up their transition because of it,” he said. “We didn’t play the right way. We played a little bit in the third when the game looked like it was going our way. We started playing our way and did the things we needed to do to win. (The two Stars goals were the result of) neutral zone play and neutral zone checking, (a failure of) not picking up people that skated by.”

Stars forward Patrick Eaves left the game in the third period after getting hit in the leg with a puck. Eaves hobbled off the ice and then was helped down the tunnel and to the locker room. He was replaced in Game Two by Valerie Nichushkin.