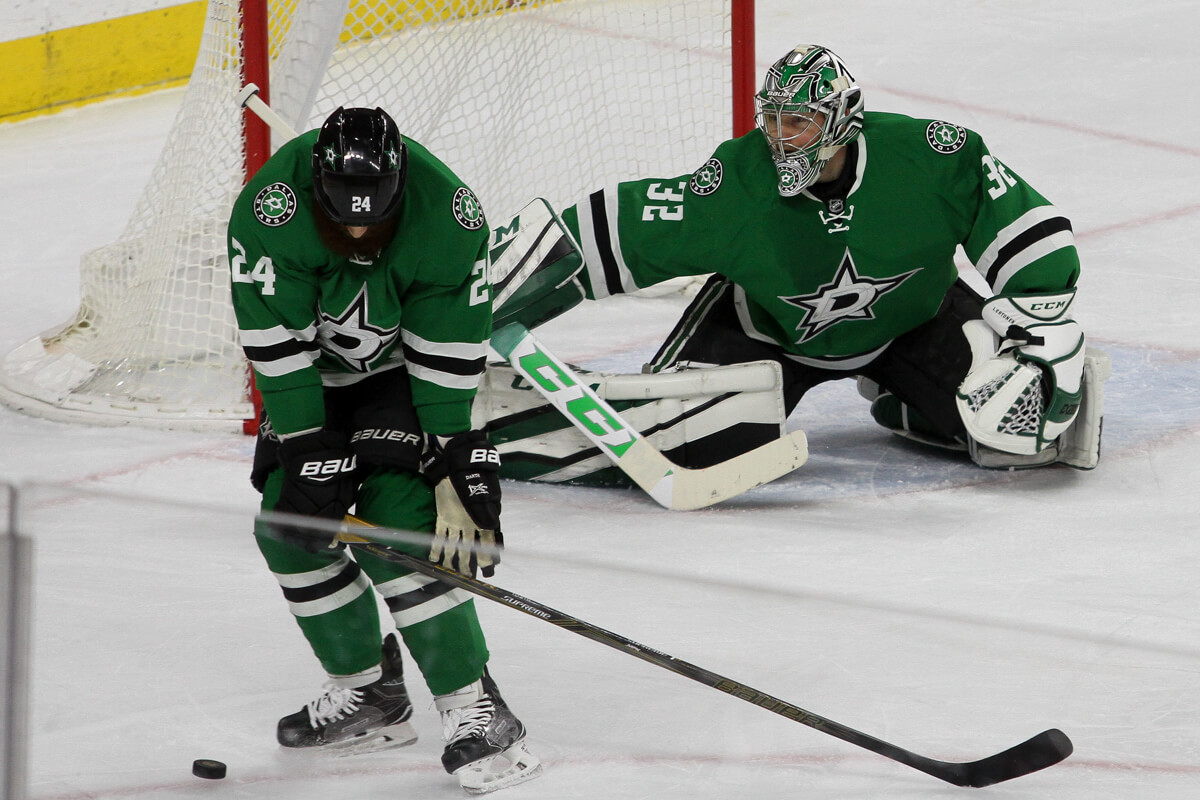 The new year’s resolution was actually established in December. The Dallas Stars realized they needed to take advantage of a lengthy eight-of-nine game homestand and move closer to the top of the Western Conference standings than to the cellar.

Dallas did just that, posting a 5-2-2 record and capturing 12 of 18 points during the crucial nine-game stretch following a well-played but fruitless mid-December weekend that resulted in losses at Philadelphia and Chicago.

A 4-3 overtime loss to visiting Montreal that closed out the homestand on Wednesday, January 4 earned them their 40th point, which was 15 better than cellar-dwelling Colorado and just two behind the Kings, who hold the 8th spot in the Western Conference with 42. The Stars were also 13 points behind West leader Chicago.

But the mood in the Stars (16-15-8) locker room was anything but celebratory.

In their most recent outing, Dallas needed a goal by defenseman Esa Lindell with less than three minutes remaining against visiting Montreal to send the game into overtime.

But the Stars committed a quick turnover that led to its eighth loss in 10 overtime games just 19 seconds into the extra period. Sniper Max Pacioretty took a pass from Canadiens defenseman Jeff Petry, skated in all alone on Stars goalie Kari Lehtonen and beat him through the five-hole for his second of the night, 18th of the season, and 8th career overtime red light to set a new club record.

“The points we’ve lost in overtime (are) becoming unacceptable,” complained Stars coach Lindy Ruff. “When we’re making mistakes like that, it’s just handing them a point, and that’s hard because we need points right now. I thought we beat ourselves. ….I thought we were in a perfect position in overtime and just let the high guy go which is totally unacceptable. Our high guy lets him go and that’s another point we gave away. They didn’t earn it. We gave it away.”

The Stars continued a recent trend during which they dominated play but couldn’t score enough to make it count on the scoreboard. They outshot Montreal 16-6 in the second period but scored only once to take a 2-1 lead on a goal by defenseman John Klingberg (20 points), the team’s leading scorer from the blueline corps.

“We had plenty of scoring chances in the second and couldn’t get them to go,” said Ruff. “(Forward Patrick) Sharp had one point blank with thirty seconds left but couldn’t finish it off.”

Forward Jason Spezza, the third leading Dallas scorer (23 points) earned an assist on Klingberg’s goal, pushing his point total against the Habs to a career-most 68.

Leading by a goal against a Habs’ contingent that had outlasted visiting Nashville, 2-1 in overtime the previous night, Dallas was whistled for two consecutive penalties in the third period. The Canadiens cashed in both opportunities on goals by forward Alexander Radulov and Pacioretty in a span of 1:15 to take a 3-2 lead.  “We took the second penalty on a play (during which) we didn’t even need to put a puck up near the glass (resulting in a delay of game infraction),” said Ruff.

“We still got one point today, but we wanted two points,” said Klingberg after Dallas outshot the Habs, 42-33. “All of the points for us now are really huge. I think, with the homestand we had here, we were able to build some momentum to our game and get some energy, too.

“It was nice coming back with a goal again and going into overtime, but that’s the part where we have to get a lot better,” Klingberg added. “We have lost a lot of points in overtime this year, so I guess we’ll have to work a little bit harder on that, too.”

Stars captain and second leading scorer Jamie Benn (34 points) missed the game with a foot injury and was placed on injured reserve retroactive to Dec. 31. Benn suffered his mishap in Saturday’s 3-1 loss to visiting Florida. He will miss at least Saturday’s game in St. Louis, which begins a three-game road swing that also takes the team to Los Angeles and Anaheim. His roster spot was taken by forward Antoine Roussel, who returned to the lineup against Montreal after missing four games with an upper-body injury.

“Again, we’re going to have to find ways to win games,” Ruff said after the Stars fell to 1-6-3 against Eastern Conference teams. “There’s a lot of injuries around the league. We’ve been hit hard with them and Jamie’s another one, but we have to plug a guy in his spot. We’ve got some guys that are coming back now, so someone’s going to have to pick up the slack for him.”

Dallas took a 2-5-2 record in their last nine road games to St. Louis.