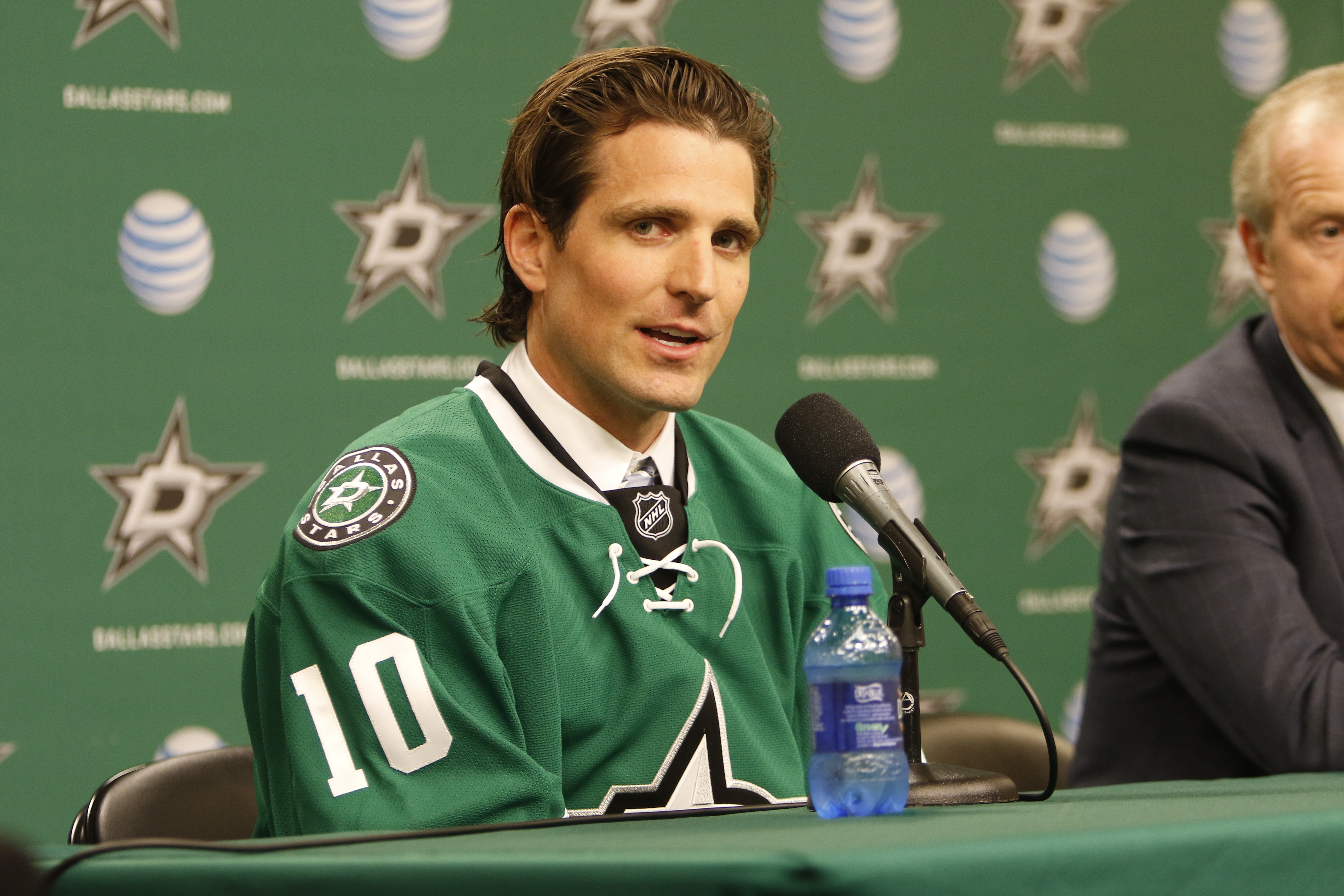 The Dallas Stars’ recent trade for former Chicago sharpshooter Patrick Sharp is an intriguing one. Will this end up being a bonanza or a bust?

When the curtain goes up on the 2015-16 NHL campaign, will the Stars’ lineup be infused with a solid two-way player who adds more scoring to an already-potent offense and an elusive winning edge to the locker room? Or will the 33-year old Sharp – who carries a $5.9 million cap hit — begin to see his skills decline in the shadow of his most challenging season yet?

On the surface, Sharp is a pleasant surprise (albeit an expensive one) who landed in Dallas GM Jim Nill’s lap. Sharp’s season ended with his and the Blackhawks’ third Stanley Cup title in six years, but it was hardly memorable before the postseason. The former Flyer suffered an injury early in the season that cost him 12 games, then was the subject of rumors involving his personal life during the season’s second half, not to mention mid-season trade whispers. He finished with his lowest per game production (0.63 ppg) since his first full season in the Windy City (2006-07).

Only Chicago GM Stan Bowman knows for certain whether any of Sharp’s challenges in 2014-15 factored into the decision to deal him to a much-feared Central Division rival. Bowman openly admitted that his team needed to clear cap space. This deal, which included defense prospect Stephen Johns ($800,000) moved them $2.5 million toward that end when compared with the two players —  standout defenseman Trevor Daley ($3.3 million) and journeyman forward Ryan Garbutt ($900,00 after Dallas picked up half of his $1.8 million pricetag) – heading to Chicago.

Meanwhile, the Stars are understandably excited to add Sharp to a lineup that features the 2014-15 NHL scoring king in captain Jamie Benn (87 points), plus sharpshooter Tyler Seguin (coming off consecutive 37 goal seasons in Big D) and classy playmaker Jason Spezza (62 points). The Stars finished 2nd in scoring a year ago but slipped to 26th in goals against and missed the playoffs for the sixth time in the last seven seasons. Dealing Daley may prove costly unless Johns (a Chicago 2nd round draft choice in 2010) can make an immediate impact or Dallas upgrades its blueline. Toward that end, Nill signed Sharp’s Chicago teammate, 33-year old defenseman Johnny Oduya, to a two-year pact less than a week after the trade.

In addition to Sharp’s numbers, the Stars’ brain trust was significantly intrigued by his potential to help the team figure out how to win on a consistent basis.

“Anytime you can add someone with three Stanley Cups, let alone (one), the leadership (and) the experience is huge for your team,” said Nill at the Stars’ press conference to introduce Sharp. “The experience that he can bring to the dressing room (is so valuable). We’re a young (team). He’s going to be there to help Jamie Benn, to help (Tyler) Seguin, to help give them insight into situations. He’s the one missing piece we knew our team needed in order to achieve the level of Chicago. I came from an organization in Detroit (that was also built that way), and that’s (what) we’re trying to get here in Dallas.”

Sharp sounded like a man who is looking forward to the next leg of his hockey journey. “Being traded to a team like Dallas with so many young players and the enthusiasm kind of reignites the passion for playing hockey,” he said. “They’re improving in a lot of areas so for me to come down here and be a part of that in any way, I’m very excited.

“I knew (the trade) was coming…..when I was traded from Philadelphia to Chicago (in 2005), I knew that was coming also, and it still comes as a shock,” added Sharp, whom Philly drafted 95th in the 3rd round in 2001. “When it actually happens, there are a lot of different things going on. You are trying to take care of your family, your friends and your personal situation

“Playing (for) Chicago against the Stars in the same division (made me realize Dallas is) a team that is very tough to play against,” Sharp noted. “They are dangerous in a lot of different ways. To be able to fit in with this group is exciting for me. I am looking to do that, and try to make the team better in any way that I can.”

Likewise, Nill is pleased to have Sharpe in his team’s lineup, instead of having to defend against him. “I remember all the talk about (how) we can’t let Sharp get the puck at the point (during a Chicago power play), he’s going to fire it through the wickets and he did that many times,” Nill said. “I know Opening Night (2014), I believe he scored the (tying) goal against us.”