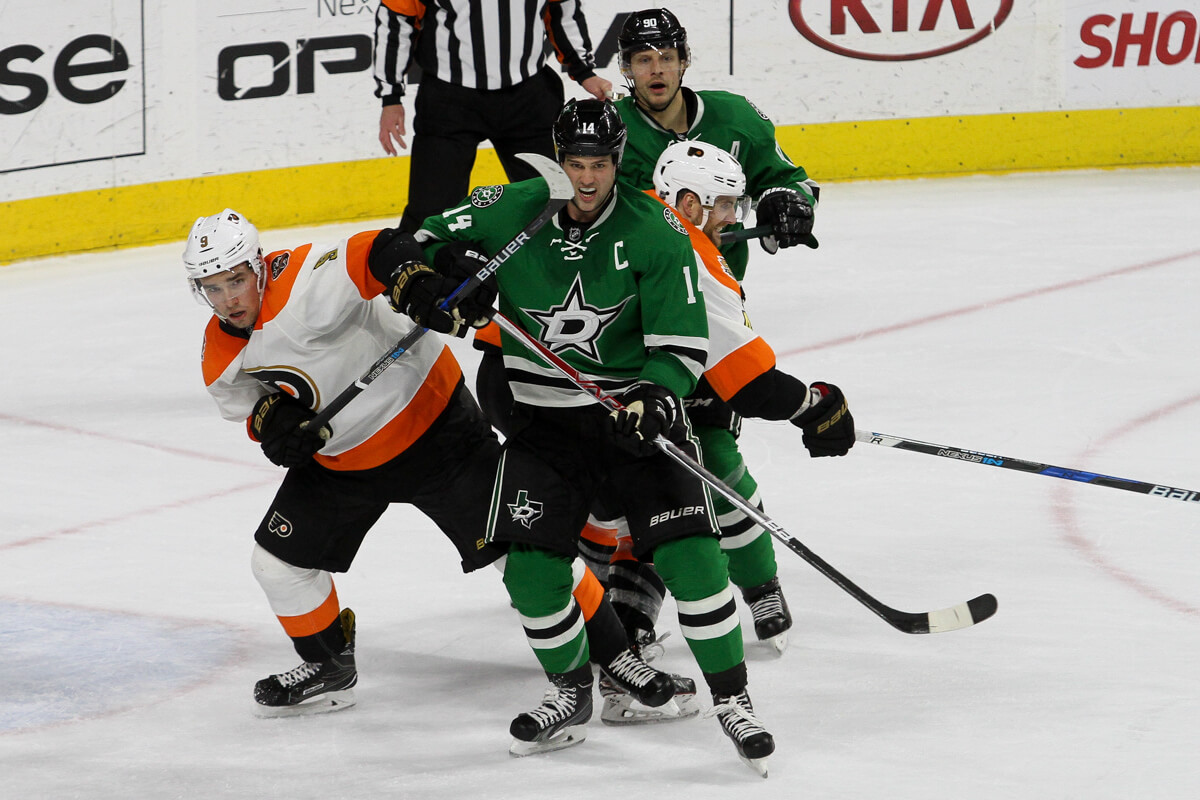 The patient was rallying. The Dallas Stars’ fading playoff hopes had been resuscitated by hard-fought victories at Florida (2-1 in overtime) and Washington (4-2) thanks to great work by goalie Kari Lehtonen and his franchise-leading .913 save percentage.

Seeking only their second three-game winning streak since they turned the trick in late December (vs. the Kings, Coyotes and Avalanche), the Stars were within seven points of the Western Conference’s #8 ranked St. Louis Blues when they faced off against Ottawa at American Airlines Center on Wednesday, March 8.

Are you sitting down? The patient and its playoff chances slipped back into critical condition after Ottawa outplayed the Stars, 5-2 in front of a disappointed crowd.

The Stars’ (27-30-10) roller coaster of a season continued, as they allowed two power play goals in three attempts. Lehtonen was replaced early in the middle period by Antti Niemi after allowing three goals on 18 shots. Niemi allowed a pair of red lights on five shots, and both goalies were victimized by long shots through screens and deflected pucks.

“Not to be too critical, but we got two great games out of Kari where he played fabulous,” said Stars coach Lindy Ruff. “We probably would’ve wanted a couple more saves to try and change momentum and get it going the right way.”

Dallas actually began the game with a strong offensive surge, and center Jason Spezza – standing to the left of a gaping net — missed the wide open twine on a one-timer less than a minute into the game. Four minutes later, forward Brett Ritchie beat Ottawa goalie Craig Anderson, but the puck rang off the post. Goalie Anderson’s 146th victory with the Senators tied Patrick Lalime for the franchise mark

“We missed an empty net,” said Ruff. “Spezza missed an empty net that would’ve given us a great start. We came out really skating well. I thought after they scored we got down a little bit and then we got going again and all of a sudden we give them a power play goal. There were times our young defensemen struggled on a couple of coverage plays even when we made it 4-2 and we left our man and all of a sudden the puck is in our own net again.”

Dallas trailed 2-0 after Lehtonen was beaten by Chris Wideman from the right circle on a power play and Fredrik Claesson from the point – his first NHL marker — within less than two minutes late in the opening period. The goalie was pulled after Jean-Gabriel Pageau scored off a scramble near the goalmouth to make it 3-0 just over three minutes into the middle stanza. It was the 11th time this season that Ruff has changed goalies during a game.

“You look at their first goal, he froze our goaltender,” Ruff said. “That is a save that (Lehtonen) makes in Washington, but there were probably three or four of those he made in Washington. We’ve used a lot of different personnel lately and I think the last wrist shot was just (one of our) young defensemen needing to get in front of the puck and pick it off. Our goaltender was fighting to see it but for me it’s an easy play to defend. I don’t like the way our forward went out (of the zone), but as a defenseman there, you’re reading that play and you see what I call a lazy wrist shot coming to the net, that’s one you step in front of and go the other way with. So I think it’s a learning experience back there.”

After Tyler Seguin cut the Senators’ lead to 3-1 with his 23rd goal from the right circle, Viktor Stalberg regained the three-goal lead for Ottawa on another power play late in the middle period when he tipped hom a point shot by Dion Phaneuf. It was the 13th time the Stars have allowed two or more power-play goals in a game this season.

Spezza’s power play goal midway through the third period that deflected in off a rival skater cut the Sens’ lead to 4-2, but Ottawa answered 57 seconds later when Cody Ceci put a shot on net, and the rebound went off a Stars defenseman.

That frustration was compounded after the Stars won their sixth straight visit to the nation’s capital, 4-2 over the NHL’s best team Monday night, March 6 behind 42 saves from Lehtonen. The triumph snapped Washington’s home 15-game winning streak (and home point streak at 17).

“It’s a tough place to play,” said Patrick Sharp after the Stars handed Washington its first regulation home loss since Dec. 17. “You can see when their big guys get going, it’s tough to settle the game down. We’re a younger team and to hold on to win that one in the third period is big for us going forward.”

The Stars have registered points in 12 straight games against the Caps, dating to Nov. 30, 2006. “I’ve never been able to explain it,” said Ruff. “I’ve had runs against different teams and eventually its ends at some point, but for whatever reason you can get going against a team and it seems to be there game after game.”

The verdict temporarily convinced Stars that the playoffs are a distant possibility. “The last two games, they were huge for us to get back in the picture,” said Lehtonen, who extended his personal point streak against the Capitals to 10. “The hunt continues.”

It certainly does. The Stars will play 10 of their remaining 15 games on the road, including two challenging road trips. The first one faces off with their next game at San Jose this Sunday, March 12, a four-games-in-six-day jaunt that includes stops Edmonton, Vancouver and Calgary. Then there is a five-games-in-eight-day tour of duty the final week of March and the first weekend in April that takes them to New Jersey, Montreal, Boston, Tampa Bay and Carolina.

The Stars, to be sure, are clinging to the hope that their recent success away from Dallas will help give them a last gasp opportunity at life in the Stanley Cup Playoffs.