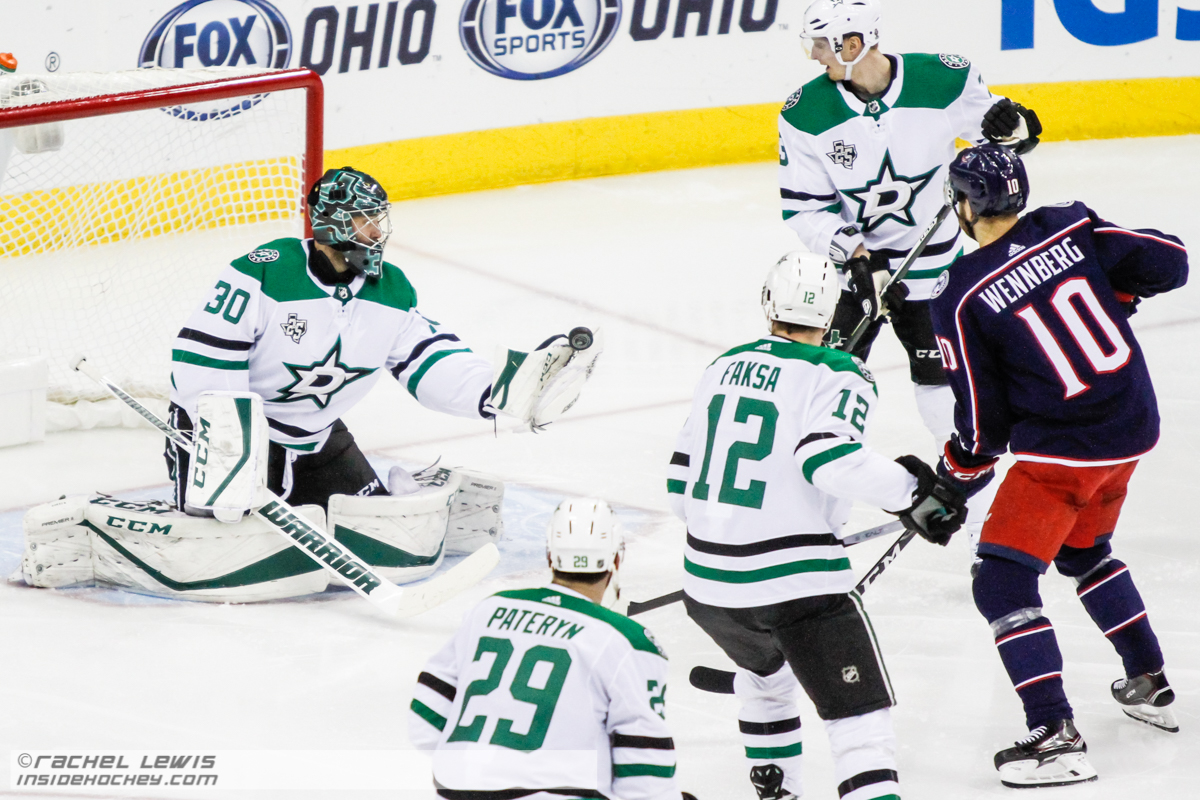 As a result, they will be buyers as the NHL’s trading deadline of 3 p.m. (ET) approaches on Monday, February 26. They may well be players for the services of one of the players who can make a difference such as Rick Nash, Mike Green or Max Pacioretty.

By dealing for one or perhaps two of these (or similar) available talents, GM Jim Nill could put the Stars over the top. Such a move would also send a subtle message to the entire team that the front office believes in their ability to grind, battle and skate deep into the playoffs.

Dallas disappointed its still-growing legion of fans two years ago in 2016, being bounced from the post season in seven games by the Blues after compiling the most regular-season points in the conference.

To make such a move, Nill will probably have to part with prospects. Fortunately, he is well equipped to make a deal, thanks to the organization’s success in building one of the deepest farm systems in the NHL. In fact, several prospects are already skating with the varsity.

Additional Stars prospects include right wing Denis Gurianov (11 G, 12, -8 A for the Texas Stars of the AHL), and centers Gemel Smith (5 G, 5 A, +6 for Dallas) and Jason Dickinson (16 G, 6 A, -4 for Texas of the AHL; he has also suited up for 13 games with Dallas while shuttling between Big D and Cedar Park near Austin).

So who might be on Mr. Nill’s shopping list? Let us count the prime candidates, one or two of whom may be wearing Stars green in the not-too-distant future.

First off, there are a number of talented left wings who can add depth to an already explosive Stars offense.

Heading this list is Montreal captain Max Pacioretty, who like his team is struggling with only 16 goals and 19 assists while carrying a -15. Carrying a $5.0 million cap hit, this 30+ goal scorer each of the last four seasons dating to 2013-14 might return to his explosive scoring ways in the right environment. Max would be reunited with his former Canadians teammate Alexander Radulov (21 goals, 32 assists, +1), who has experienced a rebirth since signing with Dallas as a free agent last off-season.

Mike Hoffman of Ottawa is regarded as a streaky scorer, but his 20 goals and 45 points look very attractive to a team such as the Stars. The 28-year old is signed through 2019-20 with a $5.18 annual cap hit and is also being pursued by St. Louis and Columbus.

Evander Kane is the NHL’s “trade rumor du jour”, reportedly headed everywhere but the North Pole. A talented power forward, the 27-year old is expected to bring the Sabres a windfall of talented prospects if and when he is dealt. He is also being pursued by the St. Louis, Nashville and Anaheim.

Rick Nash of the Rangers may not be the dominant force and explosive scorer he once was, but the 33-year old former Blue Jacket can still be a difference-maker. New York might be willing to absorb part of his remaining $8.2 million cap hit to seal a deal. Winnipeg is also reportedly interested in Nash.

Another Rangers’ skater, Michael Grabner, is a 30-year old swift skating scorer who plays both wings and kills penalties. He carried a $1.6 million cap hit and is also being pursued by Calgary, Pittsburgh and Minnesota.

Former Flyer and Duck Patrick Maroon uses his 6-foot-3, 225-pound frame to generate scoring opportunities while adding a physical element to the lineup. The 29-year old with a $2.1 million cap hit could bring Edmonton a first-round draft pick or top prospect. Winnipeg and Boston also are interested.

Thomas Vanek of Vancouver might be a solid addition for teams who seek an affordable secondary scoring help. The 34-year old should score 25 goals and a like number of assists for the season, and he carries an affordable $2 million cap hit. Colorado, Carolina and New Jersey also are interested.

There are also several defensemen who would add depth and talent to an improved Dallas blue line corps. For example, Detroit’s Mike Green is a skilled puck-mover who would definitely bolster the Stars’ blue line corps.  The 31-year-old with a $6.0 million cap hit is also being pursued by Tampa Bay, Washington, and Toronto.

The Rangers are supposedly entertaining offers for captain Ryan McDonaugh. The 28-year old is a solid all-around rearguard and is signed through 2018-19 with a $4.7 million cap hit. Boston and Tampa Bay also remain interested.

Jack Johnson of Columbus doesn’t put up the numbers he once did, but the 31-year old still has great puck-moving skills and logs more than 20 minutes a night. He would add tremendous depth, with Tampa Bay and Winnipeg also in pursuit.