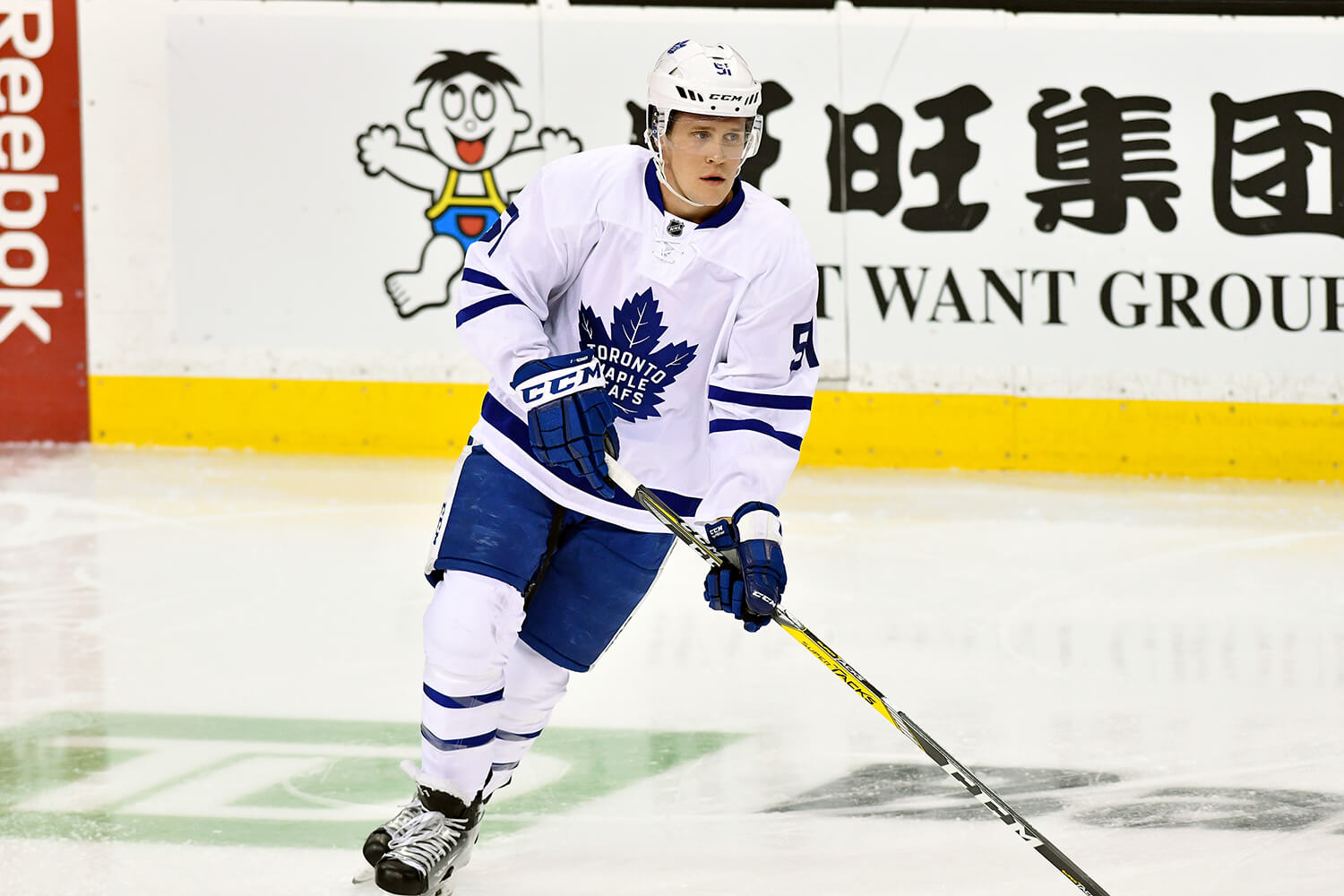 Something to Build On

Sometimes, you just don’t get the bounce. Or you  get the wrong one—a puck hits a skate, or a leg, and goes wide. That was the Ducks’ fate versus the Maple Leafs on Friday night  in Anaheim.

Rickard Rakell was one of those who didn’t get the right break. Ondrej Kase was the other. Rakell said after the game, “You give me that chance again, I’ll take ten of those. Kaser too. And we’ll put them in.” He didn’t specify at what rate, but the idea seemed to be “every time.”

But it wasn’t to be, and in fact the Leafs’ winning OT goal came on another sort of bad-luck play. Kase and Rakell were in front of the Leafs net, the play started to go the other way, and they banged into each other and Rakell fell. The puck went up the ice, a semi-three-on-one developing, and the Leafs passed the puck into the net.

The Ducks could have been discouraged. And Pontus Aberg was a bit perplexed at the events when we talked to him after the contest (he scored the lone Anaheim goal). But they shouldn’t have been. They had contained the Leafs, something neither the Kings nor the much better San Jose Sharks had been able to do. Each of those teams had allowed five goals, with the Kings getting one back and the Sharks three in obviously losing efforts.

Now, Toronto supporters are going to point out the obvious—their team played three games in four nights, including traveling from SoCal up to San Jose, and thus was tired out by the time Friday came.

Maybe. But let’s note two things: the Leafs were skating only marginally slower than they were fresh off the plane on Tuesday night in LA. I saw both games live, and I know. And they didn’t let up as the game went on. Their third period was about as good as their first.

But the Ducks did do better as the game went on after a slow start. They allowed the Leafs’ Marlowe to be visible early, and he scored. The puck went in off his skate as he drove to the slot. But that’s the fault of the Ducks, who didn’t pick him up. Kadri was in on that play, and all around the net early, too.

The Ducks adjusted by double shifting their first and second lines, alternating them in fact, late in the first. After a slow offensive start, the Ducks got the shots even at 7-7 and eventually ended the first period up, 12-9.

One thought, and this shows you how much the league has changed of late. My thought at the end of P1. “Gee, pretty good that they can hang with the Maple Leafs.” That’s way outside of what would have been normal five years ago, when the Ducks were the speedy team, the Kings were winning the Cup every other year, and Toronto was still the sad afterthought of 1967 that they had been for our whole lifetimes.

Anaheim took two penalties in period two, one with about three minutes gone and one with about 12 gone. This could have spelled disaster, but they martialled the troops and killed both. The second one, they made the Leafs look lame. This call, by the way, was pretty marginal. Holding, with the two players facing away from the referee who made the call. Replays (and my POV from the press box) of the open side (the chest side) of the players showed no hold.

The second PK gave way to Anaheim skating evenly with the Leafs, and to their goal. It was a bit of a softie, Pontus Aberg, who had taken two wicked one-timers at other times of the night, going in on the right side of the ice just shaded off center, and letting go a slapper that hit Garret Sparks in the blocker or arm and went, it appeared, between the arm and body. Good pass from Nick Ritchie to make that happen.

The Ducks had by this time started line shifting. They had Aberg with Ritchie and Henrique. Then the first line saw Kase replace Silfverberg, and a newly invented second line of Silfverberg, Kase, and Kosilla appear. The coaching was like this was a playoff game.

No further goals resulted until the OT. Getzlaf had a great chance late in the third. He had the puck on the left side of the net, swept a shot towards the far side, and saw Sparks get his pad on it. The last of the game was a bit more scrappy than earlier, with the focus of both teams seemingly on getting an ugly goal. Bodies were frequently piled in front of the nets as scambles ensued. Fun to watch.

The first period had seen the Ducks play some chippy hockey. This was perhaps a way of reprising the attempt of San Jose the night earlier to get the Leafs off their speed game (yes, I said that) and into a street fight-type of contest. They didn’t bite then, and they didn’t bite versus the Ducks.

Good thing for Anaheim that the reversion to fast hockey wasn’t their undoing, as it had been their cousins up the road in LA three nights prior.

The Ducks now await Colorado for a late Sunday afternoon game. The Leafs have Columbus at home on Monday night.

Thanks to Josh Brewster for having me as his guest on Duck Calls after the game. You can hear archived episodes on www.hockeytalkradio. com.

Thanks for sharing this story with millions of friends.