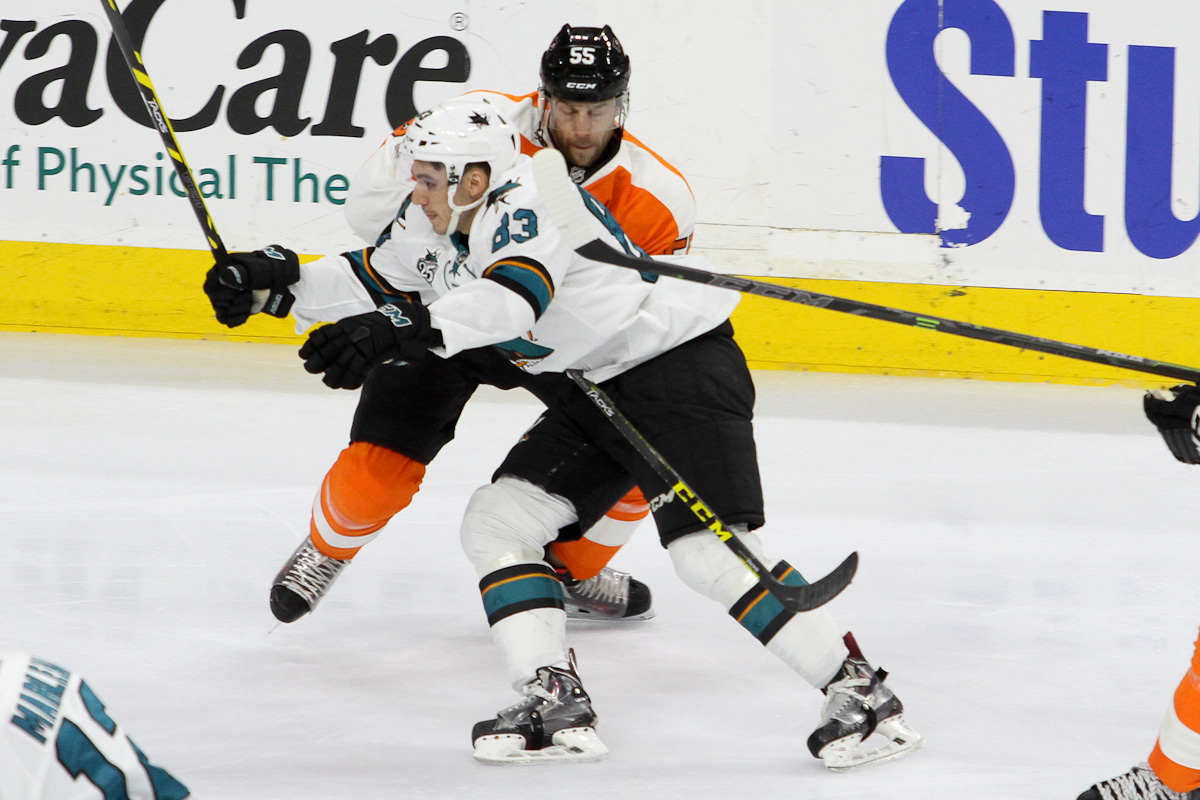 Solid Goaltending Not Enough for Sharks Against Hurricanes

Aaron Dell was solid in his second start, but the San Jose Sharks lost to the Carolina Hurricanes 1-0 at PNC Arena on Tuesday night.

Dell made some clever saves, most notably the stoppage of a Jordan Staal wrist shot just over four minutes into the first period.

The Sharks didn’t have many scoring chances in the first, but their best chance came when Matt Nieto skated up the middle of the ice and fired a shot that Hurricanes goalie Cam Ward stopped. San Jose was up 11-10 in shots with six minutes left in the first.

Kevin Labanc wanted to play hockey and score his first NHL goal. He had an opportunity at 17:23, but his shot went wide of the net.

The Sharks were a battle-tested team that faced a young, well-coached Carolina squad. The Hurricanes had a 13-12 edge in shots, but the game remained scoreless after 20 minutes.

Dell made a plethora of shots to start the second period. On the negative side, San Jose didn’t manage a shot on goal until 12:18 when Joonas Donskoi put a backhand shot on Ward.

The Sharks haven’t won many faceoffs, which can make the biggest difference between winning and losing a game. Carolina was ranked fourth in NHL faceoffs with 52 percent while San Jose was given a 22nd ranking with 48.9 percent. They need to keep improving in this area.

The game remained in a scoreless deadlock after two periods. The Hurricanes outshot their opponent 24-13. The Sharks had just two shots on goal, which was a season-low in one period.

The Sharks made a statement, but were unable to get ahead.

Jeff Skinner ripped a slap shot from the top of the circle, but Dell captured it with his glove to keep the game scoreless early in the third.

Yet, Carolina didn’t let the huge save discourage them.

Joakim Nordstrom made a backhand shot for his first goal of the season. The Hurricanes took a 1-0 lead midway through the third.

The Sharks pulled their goalie for an extra attacker, but failed to maintain any type of offensive attack. They lost to the Hurricanes 1-0.

Dell made 32 saves in a losing effort for San Jose. Cam Ward made 22 saves in a Carolina victory.

Up Next
The Sharks will return to action Thursday night when they visit the St. Louis Blues. Game time is set for 7:00 pm CST on FSMW, CSCA.