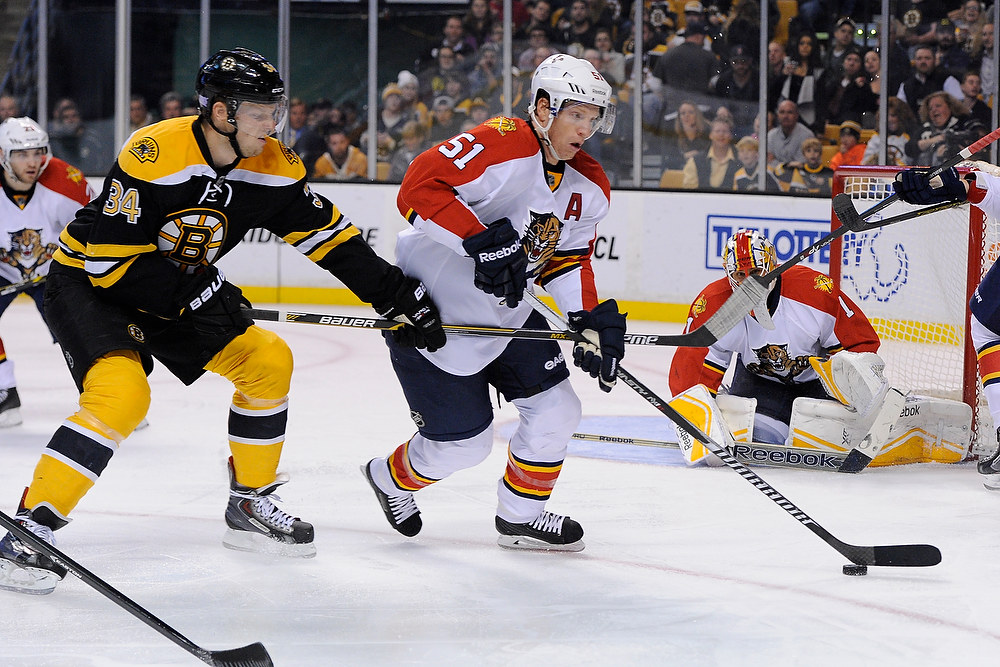 It was easy to predict that Carl Soderberg would come out strong for the Boston Bruins in the 2014-2015 season. He started his season in style, adding assists on both Bruins goals in their 2-1 victory over the Philadelphia Flyers on Wednesday night.

Reilly Smith opened the scoring on the power play thanks to a pass in front of the crease chipped to the other side of the ice by Soderberg. This made the score 1-0 in favor of the Bruins to open the contest. With less than two minutes left in the game Soderberg set up Adam McQuaid with a pass, and when his shot went on net Chris Kelly buried the rebound.

Soderberg is going into this season’s campaign set to become an unrestricted free agent at the end of the season. The Swede has just one full season of experience, and it seems already like his game has elevated after learning the ropes of the NHL.

“I like playing with the Swedes even though half the time I don’t understand them on the bench.” Chris Kelly commented after the game, speaking of playing on the line with Soderberg and Loui Eriksson.

Last season Soderberg scored 16 goals and he could be on pace to hit around 20 this season, thanks to his line.

“With David Krejci and Patrice [Bergeron], who are well-known around the league as being great centermen, Carl is a big body and I think he gets maybe overlooked because of that,” Claude Julien said after the game.