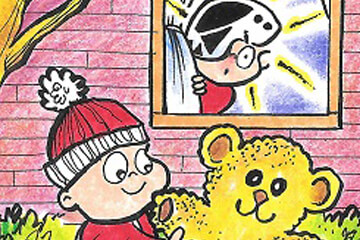 Hope you had a great week. This week I’ve been working on Small Saves’ storybook, “The Forgotten Christmas Goalie.” The writing is about 75% done and I recently finished the next illustration for it. I would like to have it out by July. I originally had plans to have it out by last July but was pulled away to other projects.

The story line takes place in a rink that Small Saves plays hockey in. In the furthest corner of that rink hangs a photo of a goalie from decades ago. Nobody pays any attention to it but Small Saves. Whenever he is at that rink, he makes a beeline to the picture. There, he’ll emulate the goalie’s stance, or view it for inspiration towards the game he’s about to play.

Near the holidays, the rink is all decorated and festive. The picture, however, remains in the darkened corner. Small Saves feels the photo deserves to better and brings his Christmas ornaments from home to decorate around it. The rink’s janitor notices his efforts and inquires about the little netminder’s fascination for a goaltender from long ago. From there, the story entwines the spirit of the holiday with the passion for hockey from long ago.

Here’s a sneak peak at Small Saves and The Forgotten Christmas Goalie. 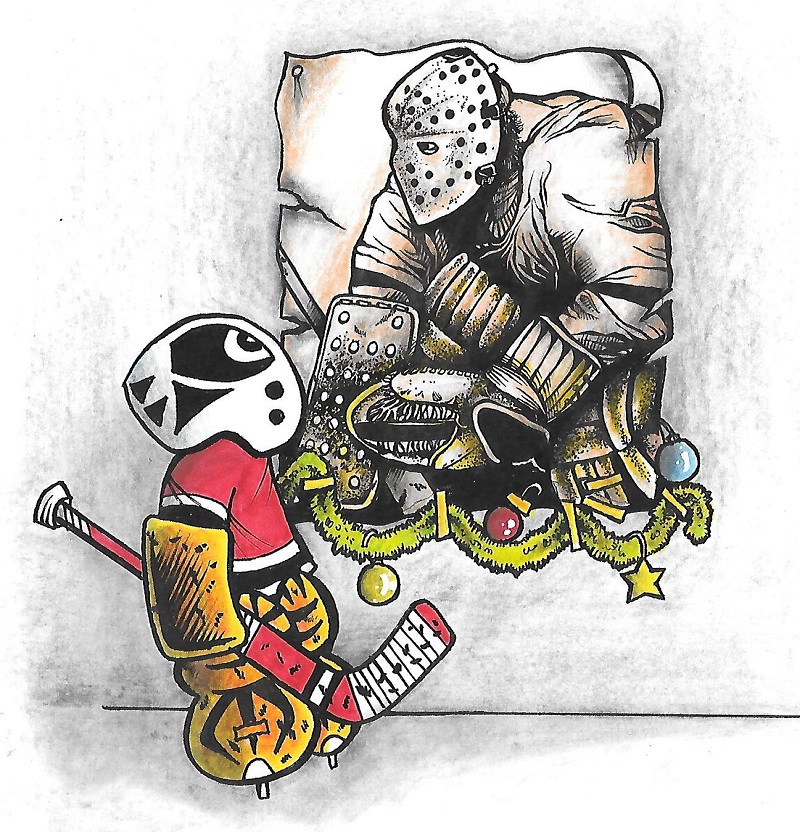 See everyone next week.